433
SHARES
12.7k
VIEWS
Share on FacebookShare on TwitterShare on WhatsApp

United States President Joe Biden said on Thursday that the COVID-19 that is still affecting the largest economies around the world and Putin’s unprovoked invasion of Ukraine were the main causes of the drop in GDP in the first quarter of 2022. The United States’ gross domestic product (GDP) declined by 1.4%. That’s down from 6.9% previously estimated.

Also in the first quarter, the price index for gross domestic purchases rose 7.8%.

The Feds preferred metric for gauging the current levels of inflationary pressures came out today. The personal consumption expenditures (PCE) price index increased by 7%, while the Core PCE price index (excluding food and energy) increased by 5.2%. Judging by the reaction in the stock markets the latest earnings season and current levels of inflation are likely priced into the coming rate hikes.

The White House published a statement from the president that said that the previous quarter’s fall was due to “technical factors” while claiming that “creating good-paying jobs” the US economy “can raise a middle-class family on.” Biden further stressed that “Congress needs to pass legislation to lower costs and lower the deficit, reducing families’ prescription drug and utility bills.”

In the week ending April 23, seasonally adjusted initial jobless claims dropped by 5,000 to 185,000, in line with market expectations as reported by the Department of Labour this afternoon. Over the past week, the 4-week moving average has increased by 2,250 to come in at 179,750. 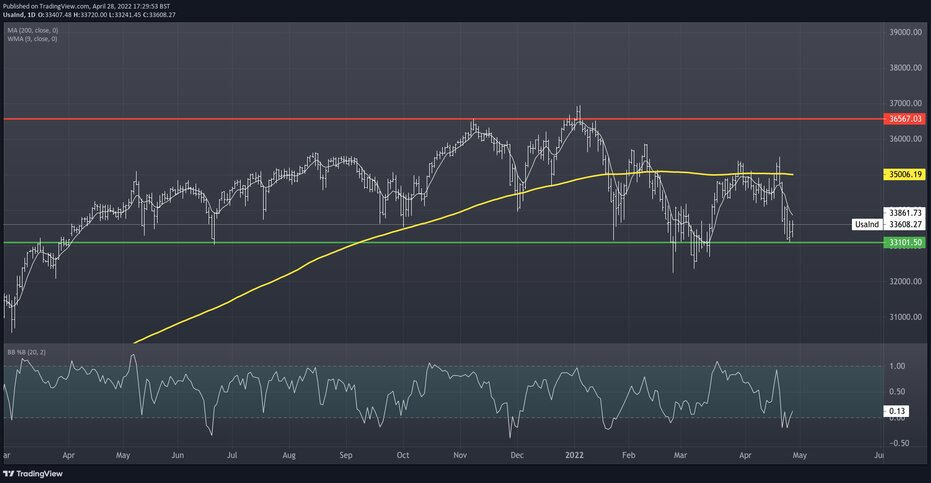 In terms of earnings season and companies’ revenues, Twitter reported an annual growth rate of 16%. MasterCard, McDonald’s, Comcast, Merck and Caterpillar released their earnings announcements today, while Amazon, Robinhood and Apple are expected to do so later today. The more upbeat earning reports and building anticipation over what announcement Apple will make later, has lifted the Dow Jones Industrial Average, along with the other major indices. 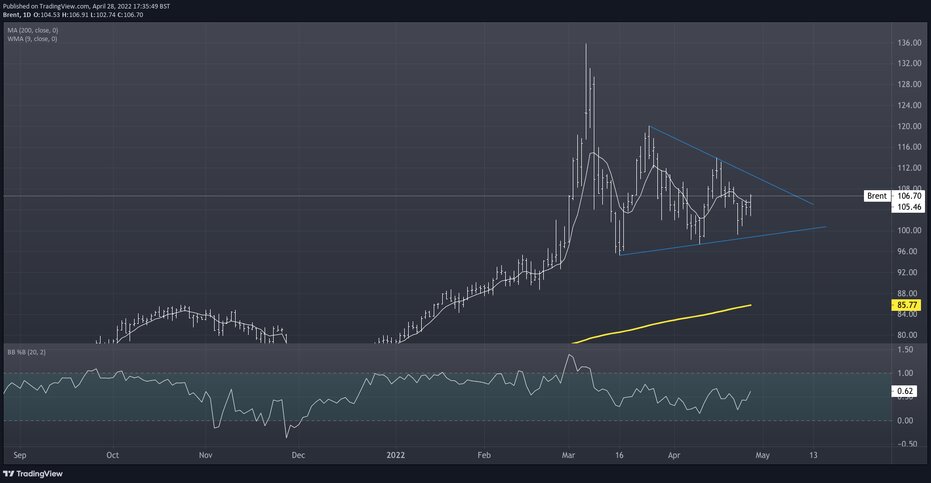 Nancy Pelosi, the Speaker of the House of Representatives of the United States, stated that the largest oil companies, also known as Big Oil, profited from the ongoing energy crisis and exploited the market.

They are “hoarding” their profits “while keeping [gasoline] prices high for people at the pump,” she claimed at a press conference, adding that the congressional Democrats will move “forward with forceful [legislative] action that will stop and hold accountable” oil firms for “profiteering and manipulating markets.”

The price of Brent on the higher time frames is not taking much notice of the rhetoric coming from Nancy Pelosi as it continues to carve out this symmetrical triangle. Traders will be expecting a breakout to come, we are just not sure which way it will be. OPEC+ are expected to raise output by around 400k bpd in the coming meeting and the US oil industry requires the higher prices to function properly. We are just not sure which supply/demand estimates will come to fruition, due to the unpredictability of war and disease. 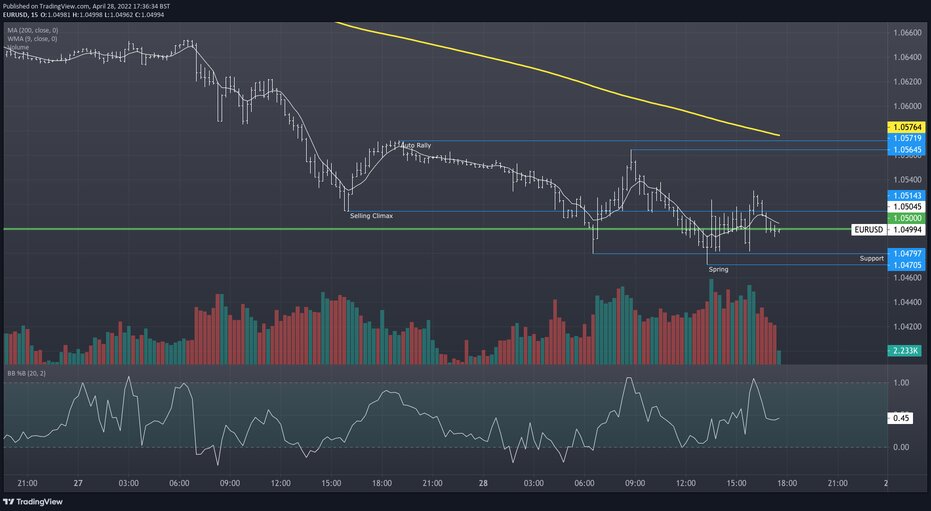 The EURUSD is finding it hard to leave the vicinity of the 1.0500 level. After we broke through the 1.0600 yesterday, this drop by another 100 pips or more, could be the start of an over extension to the downside and an upcoming reload is probably on its way. On the lower time frame chart, I have started marking up what I consider to be a possible Wyckoff accumulation pattern. Which if it turns out to be true would provide a base for a retest higher and maybe a visit back to the 1.0800 breakdown area. 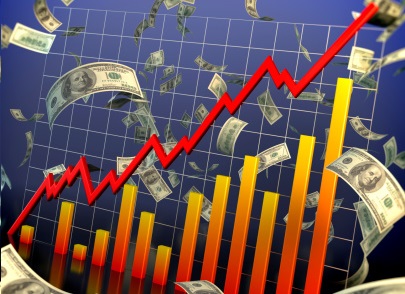