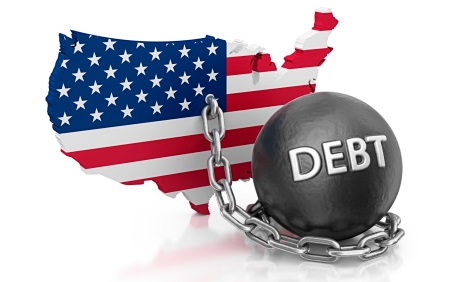 377
SHARES
9k
VIEWS
Share on FacebookShare on TwitterShare on WhatsApp

Risk appetite saw further deterioration during yesterday’s US session, with major US bourses extending on pre-market losses to close out the day deeply in the red; the S&P 500 was down 2.0%, the Dow dropped 1.6% and the Nasdaq 100 fell 2.9%. That marked the worst day for the S&P 500 since mid-May and the worst for the Nasdaq 100 since mid-March. European equites suffered similar sized losses on Tuesday, as did Asia Pacific bourses overnight, which played catch up to the downbeat global mood. But US indices have stabilised in pre-market trade overnight and this morning, with E-mini S&P 500 futures bouncing from yesterday’s sub-4350 lows to current levels in the 4370s, in fitting with some stabilisation in risk appetite in Europe (the Stoxx 600 is up about 0.9%). The coming days will be an important test of the “buy-the-dip” mentality that has been highly profitable and dominant over the past near-year. Note that the S&P 500 (futures) currently sit about 3.7% below record highs posted at the start of the month. Deutsche Bank analysts observe that, in terms of closing levels, the index hasn’t dropped back more than 5.0% from recent record levels now for more than 228 days and that will be one calendar year if the S&P 500 can hold up until Halloween. In that sense, whilst the 50DMA (which until the last two weeks, had acted as a key support level) may no longer be relevant, appetite for buying short-term dips cannot be pronounced dead just yet.

In terms of the fundamental catalysts behind the decline in global equity indices yesterday (or more broadly, since the start of the week), there are a few things to note; 1) concerns are building about the US hitting its debt ceiling, something which Treasury Secretary Yellen yesterday said could happen as soon as mid-October, as Congress continues to fail to suspend the ceiling of pass a stopgap funding measure – government shutdown and even short-term accidental default risks are rising, and could further dent risk appetite in the weeks ahead, 2) US data yesterday was downbeat, moderately denting confidence in the US recovery; CB Consumer Confidence fell more than expected and for a third month, pushing it back to its lowest level since February and regional Fed business surveys generally indicated a worsening of sentiment in September, 3) global bond developed market bond yields continued to rise sharply, a reflection of both increased fears of structurally higher inflation (largely due to the increased focus on rising global energy prices) and expectations central bank policy tightening (namely from the likes of the Fed and BoE in wake of last week’s hawkish policy meetings) – remember, equities for the most part like lower yields, as it undermines the appeal of bonds as an alternative investment.

Delving more deeply into that latter point, the first observation to make is that nominal yields in the US and Europe continue to surge; US 10-year yields at one point crossed above 1.55% yesterday and this morning are holding just above 1.50%, a roughly 25bps rally at peaks from last week’s pre-FOMC levels of close to 1.30%. Meanwhile, over the same time period, UK 10-year yields have surged from around 0.80% to current levels around 1.0% and German 10-year yields have rallied from just under -0.3% to around the -0.2% level. Needless to say this puts each at multi-month highs. But there is some divergence between the regions in terms of what is driving this rise in nominal yields. US 10-year TIPS yields are up about 10bps since last Wednesday, implying about half of the move higher in nominal US yields is as a result of expectations for tighter monetary policy (which pushes higher real yields) and the other half a move higher in inflation expectations (10-year break-evens, the difference between real and nominal 10-year yields, is up about 10bps over the last week too). Meanwhile, a roughly 17bps rally from last week’s lows in inflation-linked UK 10-year yields to just under -2.80% from close to -3.0% shows the move higher in nominal yields is almost entirely being driven by expectations for tighter monetary policy rather than by expectations for more inflation. Meanwhile, the 10bps rise in nominal German yields over the last week does not appear to have been driven by real yields at all; inflation-linked German 10-year yields have fallen back towards early last week’s levels just above -1.85%, meaning pretty much the entire rise in German nominal yields is being driven by inflation expectations.

What has been driving inflation expectations higher? The main culprit is likely, as noted above, the recent focus on rapidly rising prices in energy markets; natural gas prices continue to surge heading into a winter that is likely to be marred by energy rationing, and this is having spill over effects on crude oil and coal. We are already seeing energy rationing in China and dozens of small energy companies, where price caps are in place to protect consumers, going bust. Whilst panic buying of fuel in the UK might be helping push up Brent prices at the margin, it is more indicative of the kind of supply chain problems that are likely to plague the global economy (such as worker shortages) for sometime – such supply side disruptions are also inflationary, thus greater focus on them might also be serving to push higher global inflation expectations. As to why inflation expectations in the UK haven’t risen over the past week, it may be due to the fact that market’s deem the BoE’s more hawkish policy stance (market now expect hikes in Q1 2022) as sufficient to keep inflation subdued, or that supply side disruptions set to face the UK economy in the months ahead might also dampen demand enough to keep inflation under wraps (the latter seems like wishful thinking, given the BoE expects inflation to rise above 4.0% by the year’s end and remain there perhaps into Q2 2022).

What about the rise in real yields? Picking up on the point above, more hawkish expectations for BoE policy are the main driver behind the recent rally in UK real yields, just as last week’s surprisingly hawkish FOMC meeting has triggered a rally in US real yields to multi-month highs. In contrast to the BoE and Fed, ECB rhetoric in recent days from President Lagarde has been resolutely dovish and she has stuck to her insistence that the current spike in CPI being observed in the Eurozone is “transitory” (to be fair to the ECB, the spike is shallower than in the UK and US and does stand a much better chance of actually being transitory than it does elsewhere). Thus, ECB policy expectations remain as dovish as ever which is why German real yields have struggled to budge – dovish policy expectations combined with the above-mentioned focus on energy prices has helped to lift many market-based measures of Eurozone inflation expectations towards 2.0%, its highest levels in years.

In terms of how FX markets are reacting to all of this; the US dollar continues to perform the best, with the DXY at its highest since last November and nearly hitting 94.00, supported by 1) the broad recent deterioration in risk appetite and 2) higher US real yields (compared to the Eurozone and Japan, where the central banks are much more dovish). The yen has performed badly in recent sessions despite risk-off, with USDJPY driven from the low 109.00s to current levels in the mid-111.00s over the course of the last week by the rise in US yields, but the yen has stabilised today and is amongst the best performing currencies in the G10 alongside the US dollar (the DXY is holding in the 93.90s), Swiss franc, Aussie and Loonie, all of which are pretty much flat versus each other so far on the day. AUD and CAD may well be continuing to derive encouragement amid the rise in global energy prices (they are big energy exporters) and separately, the yen may be deriving some support from the news that the Japan LDP election has concluded and the winner and next PM, Kishida, has pledged further fiscal stimulus to the tune of tens of trillions of yen by the year’s end. The underperformers are the euro, sterling and NZD, with the former down about 0.2% and the latter two down around 0.4%. EURUSD has slipped to fresh multi-month lows in the mid-1.1600s despite hotter than expected flash September CPI numbers out of Spain this morning, while GBPUSD has extended on yesterday’s steep declines (in fact, it was the worst since day for the currency so far) and has now slipped under 1.3500 from having been as high as 1.3700 as recently as yesterday morning – the poor optics of fuel panic buying across the country is one factor being touted as weighing on sentiment in the UK, whilst the broader energy crisis is raising fears of “stagflation” – i.e. where the BoE is forced to hike interest rates to address above target inflation, despite it being driven by supply side factors, with the effect of damaging growth.

In terms of what to look out for in the day ahead, aside from the release of official US crude oil inventory numbers at 1530BST (which will interest crude traders), the main focus will be on a barrage of central bank speak emanating mostly from the second day of the ECB’s online Sintra forum (ECB President Lagarde, BoE Governor Bailey, FOMC Chair Powell and BJ Governor Kuroda will all be partaking in a panel discussion at 1645BST) and from the US, where there will be a smattering of Fed speakers coming out of the woodwork.

How will the US dollar react to a US default?

Strong US treasury yields put the Nasdaq on the back foot again!

Strong US treasury yields put the Nasdaq on the back foot again!