by Joel Frank
in Stocks
0 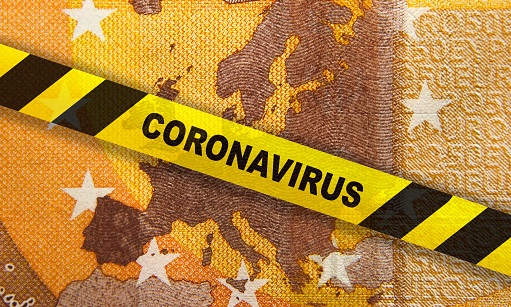 435
SHARES
9.6k
VIEWS
Share on FacebookShare on TwitterShare on WhatsApp

US equities managed to reverse early session losses on Tuesday with the S&P 500 eventually closing the session out for gains of about 0.2%, the index closing out the day around 4690. But big US tech names and growth stocks continue to struggle amid the recent surge in US real and nominal yields (across the curve). The Nasdaq 100 closed yesterday’s session down another 0.5% after Monday’s 1.2% drop. In pre-market trade, sentiment has deteriorated again, however, with US index futures tracking losses in European equities and the E-mini S&P 500 trading down 0.5% under 4670 again. European sentiment remains under pressure as the state of the pandemic on the mainland continues to worsen and financial press speculating this morning that Germany may soon follow Austria in implementing full lockdowns and mandatory vaccinations. With the new German government coalition now formed and the Stoxx 600 was last down another 0.5% to 477.

US bond markets are more subdued today following big moves in the early part of the week, when dovish Fed bets were unwound after Jerome Powell was renominated as Fed chair. At present, the 10-year is about 2bps higher on the day around 1.68%, taking its gains on the week to about 13bps. Technicians will be eyeing a test of September highs just above 1.70% and then annual highs from back in March at around 1.77%. Yields were actually a little lower this earlier in the morning but have been boosted in more recent trade following a dump of broadly strong US data. To recap; the second estimate of Q3 GDP growth came in at 2.1%, in line with expectations, while core Durable Goods Orders saw decent MoM growth and there was a much larger than forecast drop in the initial weekly jobless claims metric to under 200K for the first time since prior to the onset of the pandemic. More hawkish sounding than before comments from Fed member Daly has also helped to boost US bond yields in the early part of US trade. Daly essentially indicated her openness to a QE taper acceleration and faster rate hikes if the data warrants it.

Looking at other asset classes; oil prices saw a strong rebound on Tuesday in a “sell the rumour, buy the fact” reaction to the US SPR release announcement, with WTI bouncing as high as $79.00 this morning from earlier weekly lows around $75.00, before moderating back to around $78.00. The US release of reserves (50M) was a little bigger than expected, but the release by other nations like China, Japan, India and the UK seemed to disappoint. Commodity strategists called the release “a drop in the ocean” in the grand scheme of things and US is going to have to fill up the SPR to compensate next year anyway. Meanwhile, OPEC+ maintain the optionality to restrict output hikes in the months ahead if they see fit – key officials have already signalled concerns about markets returning to a surplus sooner than expected. Likely contributing to crude oil’s decline from earlier session highs has been all the negative news out of Europe regarding the pandemic.

Indeed, that negative news has prevented the euro from gaining any ground on the announcement in Germany of a coalition having been reached. Meanwhile, a downbeat November German IFO report was ignored. EURUSD has dipped beneath 1.1200 in recent trade as the DXY eyes a test of 97.00, with both at fresh annual extremes. But the euro isn’t the worst G10 performer on the day. AUD is doing worse, with AUDUSD down 0.5% to under 0.7200 again, while NZD is down over 1.0%, with NZDUSD under 0.6900 again, following last night’s dovish 25bps hike from the RBNZ. Some had expected a 50bps hike and money markets were priced for more aggressive rate hike guidance. The general theme in FX is that amid the broadly risk off market tone, safe havens such as USD and JPY are doing well.

The Fed’s favoured inflation gauge is out at 1500GMT, the Core PCE index for October. Thereafter, official US crude oil inventories are out at 1530GMT, followed by a speech from ECB’s Schnabels at 1600GMT and then the release of FOMC minutes at 1900GMT.