by Joel Frank
in Stocks
0

413
SHARES
9k
VIEWS
Share on FacebookShare on TwitterShare on WhatsApp

Global equity markets continue to glean support in wake of Fed Chair Powell’s soothing speech last Friday, where the Fed Chairman eased concerns about Fed monetary policy tightening by refusing to outline fresh information about when the bank’s potential QE tapering timeline and doubling down on his stance that the current high level of inflation being felt by the US economy is transitory in nature. Market participants have thus dialled back their expectations for Fed tightening; most do now not expect a formal QE tapering announcement to come in September (most expect the announcement to come in either October or December) and money markets signal a lower chance of rate hikes coming in 2022 than they did at the start of last week. More accommodative FOMC policy for longer is naturally supportive for equity markets (which love cheap, easy money). The S&P 500 gained 0.4% yesterday to close just under 4530 and the Nasdaq 100 surged over 1.0% above the 15.6K mark and major US index futures are this morning holding these gains and currently trading roughly flat.

Asian equities were also strong overnight, with the Hang Seng gaining more than 1.3% and the Shanghai Comp gaining close to 0.5%, despite softer than expected official Chinese NBS PMI survey data for this month; for reference, NBS manufacturing PMI fell to 50.1 in August from 50.4 in July, a little below expectations for 50.2 and services PMI fell to 47.5 from 53.3 a month earlier, a reflection of the economic disruption caused by the recent Covid-19 outbreak there. Some traders said this data will bolster the case for fresh monetary policy easing from the PBoC, while others have said the data should improve going forward given that China appears to have gotten the recent Covid-19 outbreak under wraps. Elsewhere in Asia, Japanese data was broadly better than expected, with industrial production falling 1.5% in July, less than the expected 2.5% drop, and with the unemployment rate dropping unexpectedly to 2.8% from 2.9% the month prior.

Back to how markets are getting on this morning; European equities have come off a little this morning, with the Stoxx 600 down about 0.3%. However, the index remains close to record levels set less than two weeks ago and remains on course to post its seventh successive month of gains, during which time the pan-European equity index has rallied nearly 20% from under the 400 level in February to current levels around 470. There has been plenty of European data this morning for market participants to dig their teeth into; French Q2 GDP numbers were better than expected with the economy growing at 1.1% QoQ, faster than the expected pace of growth of 0.9%. Q2 Italian GDP growth was in line with expectations at 2.7% QoQ. German unemployment saw a steeper than expected drop of 53K this month, taking the unemployment rate unexpectedly lower to 5.5% from 5.6% last month. Then we had the preliminary estimate of Eurozone CPI for this month; the headline HICP index rose more than expected to 3.0% YoY from 2.2% YoY last month, driven largely by a larger than expected spike in core prices to 1.6% YoY from 0.9% YoY in July. Broadly strong data is helping EUR to perform well this morning; EURUSD is up about 0.4% on the session and has comfortably extended above the 1.1800 level towards 1.1850.

But the main boost for EURUSD this morning is coming from a broadly weaker US dollar, which continues to underperform in wake of last week’s dovish remarks from Fed Chair Powell and amid the risk-on vibe being felt by markets. The DXY has now slipped back underneath the 92.50 level and is again trading at two-week lows, down about 0.25% on the day. AUD is up about 0.4%, despite weakness in the Chinese data overnight, CHF is up about 0.3% as it retraces some of yesterday’s steep losses and GBP and CAD are both up about 0.2%. Some analysts are growing more concerned about the path ahead for GBP; “The list of headwinds for GBP is growing”, said analysts at Nomura, citing rising Covid-19 infections in the country and “high-frequency growth indications turning lower”. But most suspect that the tone of FX markets for the remainder of the week is likely to be largely determined by US data, including the August ADP national employment estimate and August ISM manufacturing survey on Wednesday and the key August jobs report on Friday. NZD is the standout outperformer in FX markets this morning, with NZDUSD up about 1.0% and surging back to the north of the 0.7000 level and pressing on towards recent highs close to 0.7100 on positive Covid-19 developments in the country (lockdowns being eased outside of Auckland in anticipation of falling infection rates) and on continued expectations for an RBNZ rate hike in October.

Looking at other asset classes; US bond yields are largely flat, with the 10-year consolidating just to the south of the 1.30% mark, while European bond yields have been on the front foot, with the German 10-year trying to push above -0.40% in wake of this morning’s spate of strong Eurozone data releases. Crude oil markets, meanwhile, trade a little softer after Hurricane Ida was downgraded to a tropical storm and signs emerge that crude oil production, distribution, and refining may be returning sooner than expected in the heavily disrupted Gulf of Mexico area. WTI is now back under the $69.00 level again with all attention now on OPEC+; most expect the cartel to go ahead with the planned 400K output hike in September, though crude oil markets could be jittery if anything suggests otherwise. Meanwhile, spot gold (XAUUSD) is going sideways in the $1810s as it keeps an eye on the weakening US dollar (which has been falling this morning) and US real yields (which have been flatlining this morning with 10-year TIPS going sideways just above -1.10%) for independent impetus as it awaits the release of key US data points later in the week.

Canadian GDP data for Q2 is out at 1330BST and the Loonie could be choppy as a result. US Case Shiller House Price data for June is then out at 1400BST, though this is less likely to provoke any FX market reaction. More closely watched will likely be US August Conference Board Consumer Confidence data at 1500BST, which is a key metric watched by the Fed and markets regarding the health of the US consumer. It is likely to decline to reflect higher Covid-19 infection rates. 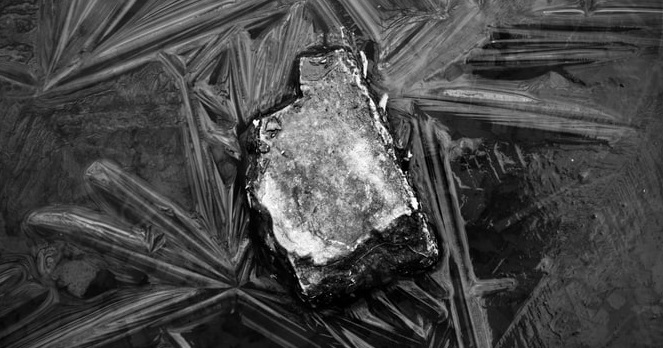