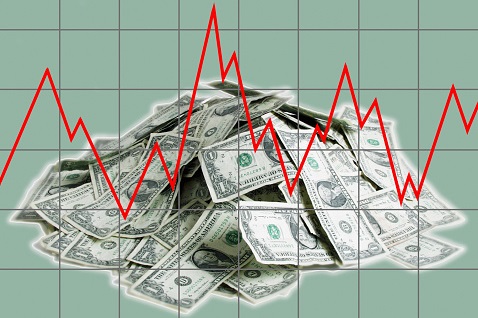 354
SHARES
7.8k
VIEWS
Share on FacebookShare on TwitterShare on WhatsApp

A decent batch of US labour market data on Thursday was cited as helping push the S&P 500 to another record high close at 4536; for reference, August Challenger Layoffs fell to a 24-year low and weekly jobless claims data showed initial claims falling more than expected to a new post-pandemic low of 340K, though this is still some way above the 200-250K levels typically associated with a healthy labour market. However, analysts have this week suggested that equities are taking a “bad data is good” stance with regards to US labour market data, given that softer labour market data might mean a more patient approach to QE tapering from the FOMC. Thus, the strength being seen in US equities perhaps has more to do with the continued downside in the US dollar over the past week or so, initially triggered last Friday by dovish remarks from Fed Chair Powell at Jackson Hole and exacerbated mid-week following a much weaker than expected August ADP national employment change estimate and weakness in the ISM manufacturing employment subindex, which has resulted in downwards revisions to expectations for today’s key US jobs report, which is out at 1330BST.

On which note, consensus market expectations are for the rate of job gains to moderate to 728K in August from near 1M in June and July. Analysts are split regarding their interpretations as to how different outcomes might influence Fed thinking with regards to the timing and pace of the taper of its QE programme; some have suggested that a consensus or above NFP number (i.e. more than 700K) may be enough to keep the Fed on course for a QE taper announcement in October. Others suspect that following Powell’s dovish tone last Friday, a taper announcement before November is unlikely regardless of how strong today’s release is. Most agree that it would take a very large downside miss on the headline NFP number for the Fed to delay its QE taper announcement into next year, and even then that might not be enough given that the Fed tends not to read too much into individual labour market reports but looks at “trends” (such as a three-month moving average of job gains). Some market commentators have argued that the main focus for markets should now move on from when the QE taper is to be announced and when it should begin (both assumed to be by the beginning of next year) to the pace at which the Fed decides to wind down its current $120B in monthly asset purchases and have downplayed the importance of the August labour market report in informing this decision.

Ahead of this key data release, major US index futures are pressing on to fresh record levels with S&P 500 futures in the 4540s, US bond markets are subdued with 10-year yields flat just below 1.30% and the dollar index is flat but remains close to weekly lows with the DXY just above 92.20. Expect US and global markets to remain subdued ahead of the NFP release at 1330BST. In terms of other regional markets, European equity markets are also subdued with the pan-European Stoxx 600 index hanging out in the 473.00s, just below record levels. This morning saw the release of final Eurozone Services and Composite PMI surveys for August, with the headline index of both seeing slight negative revisions compared to the preliminary release two weeks ago. However, with both headline indices still at 59, the pace of the recovery in the Eurozone continues to look healthy, something which this morning’s weak Eurozone retail sales numbers for July ought not to subtract from, given that economists are saying underperformance in retail sales is being driven by switching in consumption patterns away from hard goods and towards services, rather than being as a result of weakness in consumer confidence. Indeed, the general tone of the data out of Europe has been broadly positive this week, which, alongside much higher than expected August CPI numbers, has boosted Eurozone yields and the euro; German 10-year yields continue to trade to the north of the -0.4% level. Focus on European markets is now shifting to next week’s ECB rate decision, where, following hawkish rhetoric from a few prominent ECB governing council members this week, expectations are growing for the bank to announce a slowdown in the pace at which it conducts its PEPP-related asset purchases. In the run-up to the meeting, hawkish expectations/vibes may well continue to support Eurozone yields and the euro; a speech from ECB President Lagarde at 1600BST today should be interesting in that regard.

Turning quickly to look at Asia markets, where there were a few interesting developments worth discussing. The Nikkei 225 shot 2.0% higher after Japanese PM Suga announced his decision not to run as the leader of the ruling LDP party in next election. Analysts said this boosted the Nikkei because 1) given Suga’s low popularity, his exit from leadership reduces the risk of big LDP election loss (the LDP are largely seen as pro-market) and 2) it raises the prospect of more fiscal stimulus given recent remarks from some prominent LDP members regarding the need for more spending (some of whom might find themselves in a leadership position). Reports that Japan might also be drafting a plan to ease Covid-19 restrictions were also touted as supporting risk appetite. Elsewhere, Caixin Chinese Services and Composite PMI numbers for August were out overnight and were weak; the headline Service sector index number fell to 46.7 from 54.9 in July as lockdown restrictions and natural disasters hurt sentiment. This seemed to weigh on Chinese equity markets (the Shanghai Comp. dropped 0.4% and the Hang Seng fell 0.7%), but the selling pressure was perhaps lessened given expectations are rising that Beijing will take steps to accelerate fiscal spending and credit growth in the coming months, both of which should lift growth.

Finishing off with a quick overview of FX markets; AUD and NZD are outperformers ahead of key US jobs data, with the former seemingly deriving some support from overnight comments from PM Morrison that economic reopening might be brought forward after the Australian government reached a deal to get an additional 4M Pfizer vaccine doses from the UK and the latter supported by a further drop in domestic Covid-19 infections. Further acceleration in Australia’s vaccine rollout means the country could be on course to vaccinate 80% of its adult population by November, which might facilitate a dropping of its zero Covid-19 policy, which could put its economy back on course for a more sustained recovery next year. Meanwhile, with New Zealand’s zero Covid-19 policy seemingly working well and lockdowns likely to end fairly soon as a result, the RBNZ ought to remain on course for rate hikes in October. At present, AUDUSD trades at multi-week highs just under 0.7450 and NZDUSD is also at multi-week highs and is comfortably above 0.7100. The rest of the G10 currencies are much flatter and more subdued with all focus on the key incoming US jobs report; EURUSD is just under multi-week highs around 1.1875, GBPUSD is comfortably above 1.3800 but has been unable to hit 1.3850 thus far, while USDJPY is consolidating close to 110.00.

The August US jobs report at 1330BST is, of course, the key event of the day, but the release of the August ISM Services PMI at 1500BST will also be closely watched, given its relevance in signalling the strength of the service sector over the last month as Covid-19 infection rates in the US have risen despite widespread vaccinations. ECB President Lagarde then speaks at 1600BST, so it will (unfortunately for those analysts and traders who want to wind down into the weekend post-NFP) be an unusually busy Friday afternoon.