by Joel Frank
in Index
0 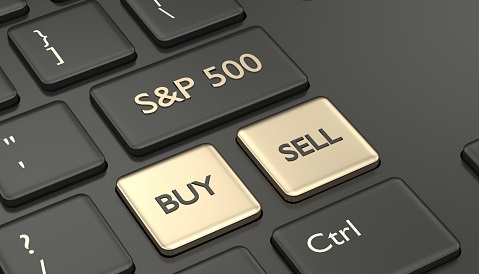 375
SHARES
9.2k
VIEWS
Share on FacebookShare on TwitterShare on WhatsApp

The S&P 500 posted fresh record intra-day and closing highs yesterday at 4551.44 and 4549.78 yesterday, after a 0.3% gain that was the index’s seventh consecutive session in the green. US equity markets continue to perform broadly well despite the recent sharp rise in longer-term US bond yields, though this has presented a challenge to Big Tech/growth/duration-sensitive names, which is one of the reasons why the Nasdaq 100 has still not been able to challenge the record highs its set back at the start of September (yesterday’s close just under 14.5K was about 1.4% below the intra-day record highs at 14.7K). Nasdaq underperformance has extended a little overnight with NQ futures currently lower by about 0.3% amid downside in large tech names Intel and Snap post-earnings. The other major US indices are broadly flat in pre-market trade, having largely failed to benefit from what was a decent Asia Pacific session (Hang Seng +0.3%, Nikkei 225 +0.3%) and what has so far been a constructive European session (Stoxx 600 +0.6%). Optimism overnight was supported amid news that beleaguered Chinese developer Evergrande had finally made a $83.5M coupon payment on an offshore dollar bond a few days ahead of the end of the 30-day grace period for that payment, thus avoiding default (for now). Evergrande shares ended the session over 5% higher, but the company faces further large payments in upcoming weeks, and it remains unclear as to whether it is going to be able to honour these.

The uptick in inflation expectations comes despite a recent pullback in the likes of crude oil and copper prices from the highs they hit earlier in the week, moves that seem to be driven more by profit-taking/position adjustment rather than any other fundamental catalyst. For reference, WTI is this morning trading in the $82.00s again having challenged $84.00 over the past two days. The relentless rise in inflation expectations is keeping rate hike expectations alive; US money markets still see the probability of at least one 25bps rate hike from Fed by next July as close to 70% (up from about 15% one month ago) and US 2Y yields are pressing higher this morning and recently moved above 0.46% to print fresh annual highs (short-end yields are a good barometer of central bank interest rate policy expectations). In that regard, Fed Chair Powell’s remarks today, his last opportunity to guide expectations ahead of the start of the pre-November FOMC meeting blackout period which starts on Saturday, will be eyed, though this close to such an important policy meeting (the QE taper is set to be formally announced), he will probably try to refrain from anything market-moving/expectation-shifting.

Looking at G10 FX markets, the positive tone of Asia Pacific and European trade is weighing on the US dollar, which is one of the worst G10 performers this morning as the DXY languishes above recent lows around 93.50. The worst performing G10 currency is GBP, with GBPUSD flat just to the south of 1.3800. There are a few notable UK-related updates to note; firstly, UK September Retail Sales figures released prior to the European open were much worse than expected, with Retail Sales more than 1.0% lower than during September 2020. But the flash UK October PMI survey compiled by Markit was much better than expected, with both the services and manufacturing indices posting surprise MoM gains to 58.0 and 57.7 respectively from 55.4 and 57.1 last month, pointing to a better start to Q3 for the economy that feared amid concerns high prices, supply disruptions and the energy crunch would have started to bite. Finally, new Chief Economist Pill warned that inflation could move as high as 5.0% in 2022 and that the November meeting would be a live one, though he did push back somewhat on the aggressiveness of expectations for the pace of the coming BoE hiking cycle. The end result has been a modest paring back on market expectations for a November hike to 62% from 80% yesterday (likely contributing to some GBP underperformance).

In terms of the rest of the G10; the Aussie (+0.5 vs USD) is the strongest performer with CAD (+0.2%) not too far behind as risk-sensitive currencies broadly perform well (though NZD is only about 0.1% higher versus the buck). That is despite the RBA announcing that it conducted AUD 1B in bond purchases to defend its 3-year yield target of 0.1% overnight – FX strategists have warned that signs that the RBA is intent on sticking to its dovish policy guidance (that says no rate hikes until at least 2024) pose downside risks to AUD, given that Australian money markets have started pricing in rates hikes as soon as in 2022. Strategists have suggested money markets have gotten too aggressive here, and if RBA rate hike expectations are wound down, this would weigh on AUD. EUR, CHF and JPY are all modestly stronger owing to dollar weakness rather than domestic fundamentals, with slightly weaker than forecast Eurozone flash PMIs, which also contained some warnings about how growth would be weaker this quarter, not moving the dial much for the euro.

For the remainder of the session, focus will be on US flash October PMIs at 1445BST, then on Fed speak with Daly up at 1500BST and Chairman Powell up at 1600BST. The August Canada Retail Sales report at 1330BST may also be worth a watch for the Loonie traders.