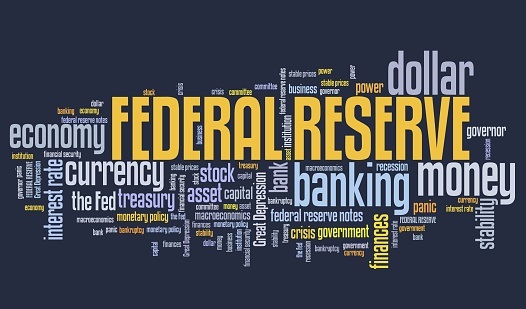 327
SHARES
7.4k
VIEWS
Share on FacebookShare on TwitterShare on WhatsApp

Sentiment was underpinned last Friday in wake of a softer than expected US labour market report (for reference, the US economy added 559K jobs, less than expectations for 650K) which analysts think strengthens the case for continued Fed patience when it comes to monetary policy normalisation. The fact that the US economy, whilst still recovering at a decent pace, is not going gangbusters like what thought might be the case two months ago, means that Fed members will be feeling less pressure to signal that they will tapering their QE programme soon, which is supportive for risk assets and US bonds. Hence, US stocks continue to hang out close to all-time highs, with the S&P 500 gaining 0.9% last Friday to reclaim 4200 and US bonds are supported, with US 10-year yields dropping back to the south of the 1.60% mark. Both are subdued at the start of this week, with E-mini S&P 500 futures trades around 4220 (down a modest 0.2% in pre-market trade) and 10-year yields at 1.58%. Some are citing soft Chinese trade data overnight as weighing a tad on global stock market sentiment this morning, though the data still indicates strong Chinese trade performance and does not seem to have shifted the macro dial much at all. Commodities, meanwhile, are also subdued; crude oil prices remain close to recent highs though WTI has slipped back from $70.00, and gold is sharply up from last week’s lows in the $1850s but still have not quite managed to reclaim $1900 again.

Conditions are likely to remain subdued over the coming days ahead of key macro events later in the week, which include Chinese inflation numbers and an ECB rate decision on Wednesday, following by the release of May US CPI data on Thursday. US infrastructure negotiations in the US (between Republicans and Democrats) will also be a theme worth watching. Inflation has been a hot topic in recent months but judging by the fact that US 10-year yields are still hovering around the 1.60% mark, markets seem to be buying into the Fed’s take that any increase in inflation is set to be transitory. Inflation data this week seems unlikely to change this narrative; likely, US CPI would have to come in significantly hotter than expected to provoke too much of a negative risk asset reaction (i.e. a reflection of Fed policy tightening fears), but a softer than expected report would, as was the case with last Friday’s jobs data, support the case for continued Fed patience and policy support, which is likely to underpin risk assets (again, just like last Friday’s jobs data did). On the topic of the Fed, note that there will be no more Fed speak now until the 16th of June policy meeting given the blackout period; the last meaningful commentary we got from Fed members was comments from Fed’s Mester last Friday in response to the weaker than expected jobs report; she said further progress is still needed on the labour market. Most analysts suspect that this will be a consensus view at the Fed and there will be no signal at the June meeting that QE tapering is coming any time soon.

Just a quick overview of some of the key news developments over the weekend that have been dominating financial press headlines; the G7 have agreed on a new minimum 15% corporation tax ahead of this week’s meeting in the UK at the end of the week. The G20 will then likely sign up to this agreement in July, followed by the OECD later in the year, but whether or not the traditional tax havens will sign up is another question. It seems unlikely this will affect markets too much, but some of the US tech giants are likely to see profit margins eaten into a touch (though traders of their shares seem unconcerned for the time being). Elsewhere, some analysts have been fretting about further seemingly hawkish comments from US Treasury Secretary Yellen who talking about how slightly higher interest rates would be a positive for “society”, though market participants need not worry too much given she no longer has any direct say (i.e. via a vote) on Fed policy.

G10 FX markets do not seem to have woken up this Monday morning, with EUR, GBP, JPY, CAD, NZD, CHF and SEK all trading flat on the session versus the US dollar, in wake of modest dollar weakness seen in wake of last week’s softer than expected US jobs data (which saw the DXY drop back from above 90.50 to current levels just above 90.00). As is the case with other asset classes, trade is back in wait-and-see mode ahead of key events later in the week; euro traders are on notice for the ECB meeting on Thursday, CAD traders for the BoC meeting on Wednesday and GBP traders for April GDP numbers on Friday. Local elections in Germany showed a positive outcome for the incumbent CDU party and saw far-right support fall, but any positive impact this might have had on the euro is being outweighed by a slightly weaker than expected German Industrial Orders print for April. EURUSD is flat and subdued just above 1.2150.

GBP, meanwhile, does not seem fazed much at the moment about an uptick in negative press regarding the state of UK/EU relations with regards to the Northern Ireland Protocol; some European leaders are reportedly drawing up plans to impose sanctions on the UK and have accused the UK PM of taking the EU for fools over the issue. Meanwhile, hawkish/seemingly not very constructive talks from UK Brexit Minister Lord Frost seems unlikely to ease tensions (the UK will take no lectures regarding Northern Ireland, he said, though he hopes for progress on the issue this week). GBPUSD is flat and subdued just above 1.4150.

In terms of the other USD majors, USDJPY is subdued just under 109.50 having swung all the way to above 110.00 and back again in the final two days of last week, USDCAD is within recent ranges just under the 1.2100 level, NZDUSD is comfortably supported just above 0.7200, having recovered from last week’s brief drop under 0.7150 and USDCHF is still trading close to 0.9000 and is this morning just below the big figure. AUDUSD is a slight outperformer this morning, up about 0.2% on the day despite continued lockdown concerns as more locally transmitted Covid-19 cases are uncovered in Victoria, supported by Chinese data and positive commentary from S&P on the country’s economic outlook (Australia was reaffirmed at AAA but its outlook was moved to stable from negative, due to the swifter than expected economic recovery).

There is very little of note in the day ahead that could get markets moving. US May Employment Trends data at 1500BST is not a very widely followed gauge of the US labour market so will not move markets but will still be of interest to analysts. US Consumer Credit is then out at 2000BST. Otherwise, markets will be on the lookout for news on some of the ongoing themes, such as US infrastructure spending talks, US/Iran nuclear deal talks, US/China rhetoric etc. Expect rangebound, sleepy conditions.

The Week Ahead- Traders cautious ahead of US CPI risk event

Will the WWDC give investors in Apple Inc. something to cheer?

Will the WWDC give investors in Apple Inc. something to cheer?