Rough week for risk assets draws to a close 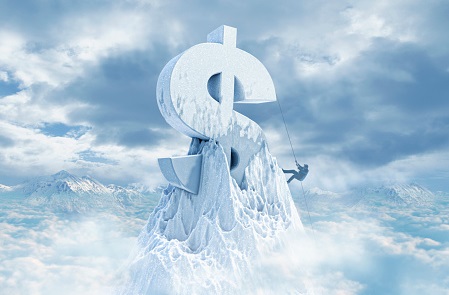 287
SHARES
7.4k
VIEWS
Share on FacebookShare on TwitterShare on WhatsApp

Major US equity bourses managed to pair the bulk of their pre-market losses on Thursday, with the S&P 500 ultimately closing the session above the 4400 level and with gains of about 0.1%, having at one point (before the Thursday market open) been as low as 4350. The indices 50DMA appears to have again come to the rescue and prompted dip buying demand. The Nasdaq 100, which closed yesterday’s session with more impressive gains of about 0.5%, also bounced strongly from its 50DMA. Some cited a further drop in US weekly initial jobless claims to a fresh post-pandemic low as helping sentiment at the time. But the indices are both trading back in the red this morning, with E-mini S&P 500 futures down about 0.5% and trading around 4380 and Nasdaq 100 futures down about 0.3%, while the Dow is down about 0.4%. That means the three major US bourses are on course for losses on the week of about 1.7% for the S&P 500, 1.5% for the Nasdaq 100 and 1.7% for the Dow Jones.

Concerns about the international spread of the delta variant of the Covid-19 virus continue to be cited by analysts and market commentators as worry for investors. Chinese regulatory concerns are also in vogue after the Chinese parliament reportedly passed into law overnight a new Personal Information Protection Law (designed to target how Chinese tech companies use the data they collect); this weighed on Chinese and APac markets again overnight and is dragging bourses lower in Europe and the US. For reference, the Stoxx 600 is this morning down a further 0.3%, taking its losses on the week to just over 2.0%. Commodities have also taken a beating this week, with commodity strategists expressing increasing concern about future demand as economists lower global growth forecasts; WTI is down a further 7.3% this week to under $63.00 (now down over 18% from the early July peak close to $78.00), while Comex Copper futures are down by a similar margin.

Risk-sensitive currencies have also been taking a beating (more on that below), but despite all of this selling in these risk-sensitive markets, bonds have not found much of a bid. US 10-year yields have dropped only very slightly from just above 1.25% to just under 1.25%. Real yields have actually risen, with the 10-year TIPS up about 5bps on the week to -1.05%. This could be because the FOMC minutes out in the middle of the week were widely interpreted by analysts as hawkish, given they acknowledged that the time when the Fed should taper its QE programme is nearing; tapering literally means the Fed reducing the amount of US government bonds it buys each month. So no wonder bond prices have been struggling to rally as much as you might expect in a risk off environment is their biggest, most reliable buyer is moving towards reducing these purchases. The failure of bonds to take advantage of this week’s risk off flows due to hawkish Fed vibes likely worsened the losses in stocks; lower yields can actually offer stocks support as lower yields from government debt makes investing in equities relatively more attractive.

Turning now to FX markets; the US dollar was on the front foot on Thursday and is holding onto these gains this morning, with the currently DXY trading at nine-month highs around the 93.60 level. That means the index is on course for gains on the week of 1.2%, its best week since mid-June. Safe haven demand has been the dominant driving factor, hence why safe haven currencies JPY and CHF have been able to hold up so well so far this week; USDJPY is flat on the week, having swung between the low 109.00s and just above the 110.00 level, while USDCHF is only about 0.2% higher on the week and has stuck to a 0.9100-0.9200 range pretty well. On why markets have traded with such a cautious bias this week, Deutsche Bank analyst Jim Reid says “the Delta variant remains the biggest worry for investors right now, and along with the question of waning vaccine efficacy has made the risks to the outlook much more pronounced relative to just a few months ago… However, nervousness about possible tapering by the Fed ahead of next week’s Jackson Hole speech by Chair (Jerome) Powell, along with a potential Chinese growth slowdown have further played on investors’ minds and brought the narrative a long way from the reflation hopes many had back in Q1.”

Elevated demand for safe haven currencies has of course gone hand in hand with heavy selling pressure on the more risk sensitive currencies, which in the G10 include NOK, AUD, NZD, CAD, SEK and GBP. As safe haven currencies remain well bid this morning, we are seeing further losses in these riskier currencies. Starting by looking at the antipodes AUDUSD is down a further 0.4% on the day with the pair now probing 0.7100 having lurched below 0.7200 yesterday. That puts the pair on course for losses on the week of about 3.3% (the cross begun the weak above 0.7350), its worst week since September 2020. NZDUSD, meanwhile, is probing the 0.6800 level and is down just over 3.0% on the week, having cratered from starting the week above the 0.7000 level. The pair is also on course for its worst week of losses since September. The NZ PM announced an extension of the nationwide lockdown until next Wednesday as Covid-19 cases continue to rise and are now popping up across the country, which is raising the risk of a more protracted lockdown like what is currently being observed in Australia. On which note, the lockdown in Sydney is set to be extended until the end of September as cases in New South Wales continue to rise (now at over 600 per day), with strict curfews and mask mandates now being imposed. The deteriorating Covid-19 situation in the region, which prompted the RBNZ to hold off on hiking interest rates earlier in the week (as had been expected before NZ went into lockdown) has proven to be a double whammy for the antipode currencies, which would have been expected to suffer anyway given the downbeat broader tone to risk appetite.

The comparatively much more positive situation in Canada with regards to the pandemic (the country is not in lockdown and has one of the highest vaccination rates in the world) has been unable to shield the Loonie from some pretty intense selling pressure this week. Like with AUD and NZD, CAD has also depreciated by more than 3.0% versus the US dollar this week and this has sent USDCAD surging from the mid-1.2500s to currently levels this morning above 1.2900. Traders appear to be targeting the key long-term resistance area around 1.3000 – anyone betting that risk appetite stabilises going forward may see a rally to 1.3000 as a good selling opportunity. The losses in GBPUSD are not so severe; the currency pair is down 1.8% on the week to just above 1.3600 and has not really paid much attention to UK data (lower than expected July CPI on Wednesday, weaker than expected July retail sales this morning, but a stronger than expected labour market report on Thursday morning). EURUSD, meanwhile, is down about 1.0% on the week and is currently stabilising just under 1.1700, having dropped from just south of the 1.1800 level.

Canadian Retail Sales for the month of June, out at 1330BST, might be interesting for the Loonie traders, particularly as USDCAD approaches the key 1.3000 level. Otherwise, there isn’t much to get excited about; FOMC member Kaplan (typically hawkish) speaks at 1600BST, but attention is already turning to Fed Chair Powell’s speech at the Jackson Hole event next week; the Fed Chair is scheduled to speak at 1500BST on August the 27th (next Friday). 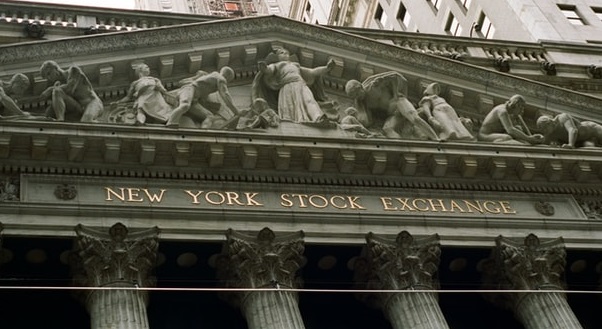