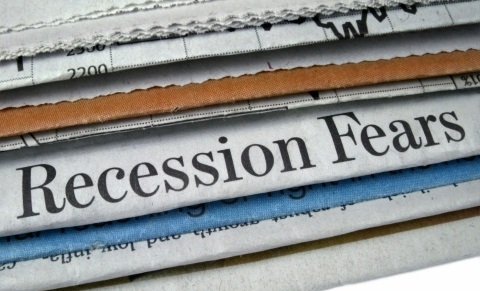 449
SHARES
13.1k
VIEWS
Share on FacebookShare on TwitterShare on WhatsApp

The Fed chairman Powell will be testifying before the house today and tomorrow addressing US monetary policy and inflation concerns. The US gave a surprise 75bps hike on Wednesday last week, more than what the markets anticipated thereby strengthening the dollar while adding pressure to commodity markets. It is the largest rate hike since 1994 and investors are worried about an impending recession. Goldman Sachs sent a warning signal of a recession as they cut economic growth forecasts for the US.

Another major blow to commodities has been the Chinese lockdown as it slowed down economic activity, shrinking demand for commodities. The Chinese government continues to pin down a zero covid policy, placing strict measures to curb rising infections despite choking economic growth and commodity demand in the near term.

The Russian invasion of Ukraine in February had meant that farmers had not been able to plant and tend to their fields and as a result the Ukrainian Wheat yields are significantly lower. The grain that was harvested is now finding it hard to leave the country as Ukrainian ports are either blockaded or occupied by Russian forces. What is needed is safe passage via corridors through the Black Sea and if these can be negotiated there could be 30-35 million tonnes of grain shipped over the next 6-8 months. 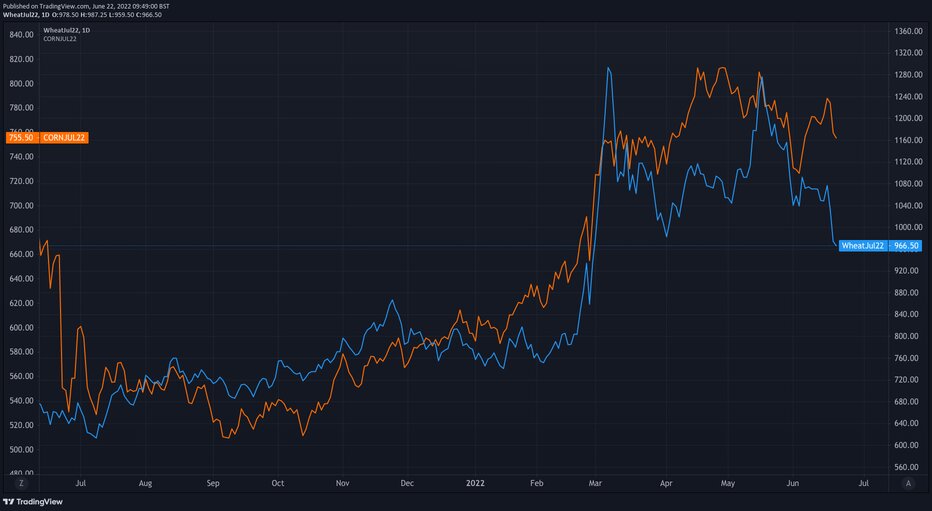 Wheat dropped by -3.98% in late trading yesterday and bears are targeting the 975 level, coinciding with 16-week support. A breach below that level could see extended targets towards the 900 and 800 levels in the near term. Corn plunged by -4.35% as bulls lost steam near the 800 resistance. Bears may target the 725, 16-week low and a possibility to trade towards the 600 level if the near-term support fails to hold. 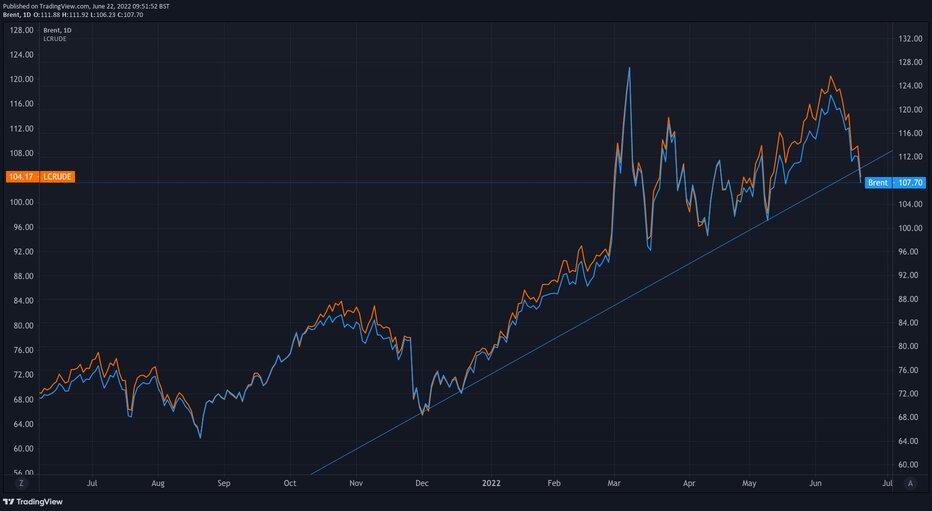 Crude oil prices in the Brent and US WTI contract have fallen through a significant rising trend line. Brent futures trimmed their gains and have today fallen through the 108 level, as WTI trades below 105 level. If we look left the current price action is within the balance area that formed between March and May, so this return to the mean could be the levels that dip buyers have been waiting for. Gains are currently capped by the 116.00 psychological level and near-term resistance at 110.00. If we are moving towards a recession, the early warning signs will be a lack of demand and a build in the crude inventories. Along with a reduction in new wells being opened. 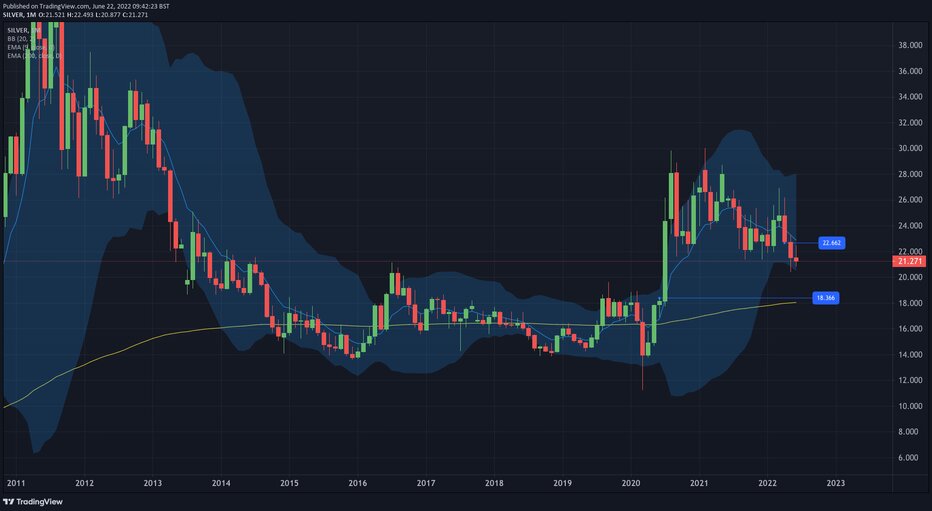 On the daily chart Silver soared by +0.73% toward the 22.00 psychological barrier as bulls maintain the 21.50 support. However, looking at the monthly chart (above) downside risks remain open if bulls fail to break above the 22.66 resistance. Even if they do, there is another monthly imbalance area and resistance level at the 24.00 level. As retail silver enthusiasts keep talking of a bull flag chart pattern and projections above the 2021 highs, I am looking for a continuation lower towards the breakout level of 18.366 and possibly the monthly 200-period EMA below.

Gold slipped by -0.34% yesterday as US treasury yields offset the weaker dollar. The yellow metal is still capped by a bearish trend and could revisit 1800, near-term support. Upside gains are capped by the 1860 level coinciding with a 50-day moving average. A break above that level could strengthen bullish interest towards the 1890 and 1900 levels.

The RSI indicator suggests the trend is neutral as the reading remains slightly below the 50.00 level. A break above the neutral level will be necessary to build up bullish interests otherwise a failure to do so may indicate selling pressure in the near term.

The ActivTrader Sentiment tool indicates that 63% of retail traders are Bullish-biased toward Gold. This could be because of the increasing recession sirens and Gold has been used as a hedge during periods of recession. However, interest rate hikes remain a major headwind to gold bulls in the near term. Markets are pricing in a Fed rate hike at its next policy meeting, with another 75bps. Fed Powell’s testimony will be critical in mapping the direction of the dollar in the near term. 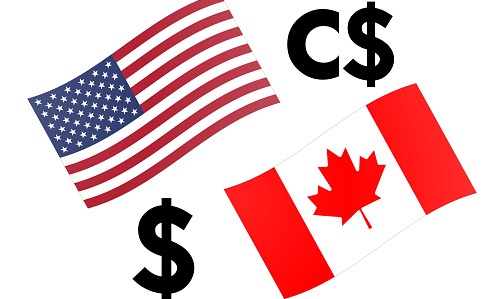