RBNZ set to continue rate hike cycle next week: what this means for NZD 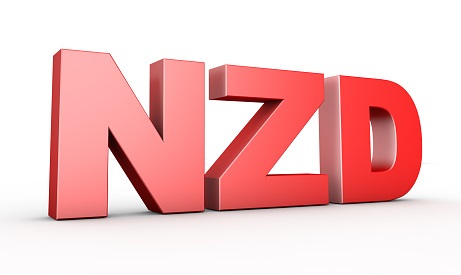 372
SHARES
9.3k
VIEWS
Share on FacebookShare on TwitterShare on WhatsApp

The New Zealand economy is running hot right now and, as a result the Reserve Bank of New Zealand has become the most hawkish central bank in the G10. New Zealand CPI hit 4.9% YoY in Q3, its highest in over a decade and more than 1.9% above the upper bound of the RBNZ’s 1-3% target range. Meanwhile, the unemployment rate in Q3 fell to 3.4%, its lowest since 2007, and well below most economists’ estimates of NAIRU – the rate of unemployment under which a tight labour market starts to contribute to rising inflationary pressures.

Elsewhere, the RBNZ has faced pressure from the left-leaning government to address the housing crisis in New Zealand, where prices have doubled in the last seven years amid a long-term chronic shortage of house building, with the upwards pressure accelerating during the pandemic amid low RBNZ interest rates and heightened government fiscal stimulus. Housing in the country is touted as the most unaffordable in the OECD and the government recently ordered the RBNZ to consider house prices as part of its price stability mandate.

The RBNZ implemented its first-rate hike since 2014 in early October, taking interest rates to 0.50% from record lows at 0.25%, after abruptly axing its QE purchase programme a few months earlier. Economists are unanimous in their expectation that the bank is set to continue lifting interest rates at its meeting next Wednesday. A Reuters poll found that 19 out of 20 surveyed economists saw the bank lifting rates by 25bps to 0.75%, while one economist saw a 50bps rate hike to 1.0%.

Analysts at Capital Economics, who are forecasting a 50bps hike next week, said “the fact that every measure of underlying inflation which the Bank monitors is now around or above the top end of the Bank’s target, it’s obvious that more monetary tightening is needed”. The chief economist at ANZ said “the labour market is the tightest it has ever been, and inflation pressures are intense, but on the other hand the housing market cycle is looking very mature, and there’s the small matter of COVID spreading its way around the country… On balance, the case for tighter monetary conditions is clear.”

Aggressive hikes are seen continuing into and beyond 2022; the median economist forecast in the Reuters poll saw New Zealand lifting its Official Cash Rate (OCR) to 1.75% by the end of 2022. Overnight Index Swap (OIS) markets see the OCR moving above 2.25% by the end of 2023.

What this means for NZD?

The much stronger performance of the New Zealand economy and the RBNZ status as the most hawkish G10 central bank has helped NZD to be the best performing currency in G10 FX markets over the last three months. NZD is more than 2.5% higher versus the US dollar, with NZDUSD having rallied from the low 0.6800s three months ago to current levels around 0.7000. NZDUSD has pulled back sharply from its earlier Q4 highs in recent sessions though, amid a broad and sharp rally in the US dollar, which has been boosted by a string of stronger than expected US macro data releases, including hotter than expected October CPI last week. NZD gains are most pronounced when looking at the EURNZD and NZDJPY crosses. Both the euro and yen have suffered from the fact that their central banks are expected to be the slowest to normalise monetary policy in the G10.

Should the RBNZ exceed expectations next week for a 25bps rate hike and go with the 50bps hike, as a minority of economists and market participants are calling for, this would of course deliver short-term gains for NZD. But the scope for longer-term market expectations for RBNZ rate tightening to become even more hawkish than they already are fairly limited at this point. That may mean that any gains versus the USD, for example, are short-lived.

If the RBNZ does opt to go with the widely expected 25bps rate hike, this is unlikely to deliver much of a boost to NZDUSD. But the kiwi is likely to remain underpinned against the currencies of countries who are seen as the most behind the RBNZ when it comes to monetary tightening, like the ECB. EURNZD has been probing multi-year highs at 0.6200 in recent days, and the direction of least resistance for the pair amid a hawkish RBNZ, dovish ECB, not to mention worsening Covid-19 outlook in Europe, appear to be upwards. The next key resistance is more than 5.0% above current levels around 0.6500.

UK retail sales are positive for the first time in 6 months, but GBPUSD stalls at resistance