436
SHARES
15.1k
VIEWS
Share on FacebookShare on TwitterShare on WhatsApp

Markets are in the red on money, with European stocks set to open heavily in the red, with one of the market culprits being an acceleration of tensions between Russia and the West.

This caused oil markets to move higher, stocks to tumble over the clear geopolitical risks and of course the fears for European energy supplies and the harsh economic costs.

Due to a recent escalation of tensions, Vladimir Putin was accused of sabotaging Nord Stream, after a series of underwater explosions caused “unprecedented” damage to pipelines built to supply Europe with gas.

In reaction the Polish prime minister suggested that Russia has taken the decision to step up its punishment of European countries for their opposition to the war in Ukraine. The United States has said it stands ready to support its European partners. This is spooking markets today.

Markets are clearly on edge today as Moscow declared that Vladimir Putin is going announce the accession of the occupied areas of Donetsk, Luhansk, Zaporizhzhia and Kherson into the Russian Federation within days.

President Vladimir Putin’s recently warned that he is ready to use nuclear weapons to defend Russia amid the war in Ukraine. Basically, Putin has warned of nuclear weapons scenario.

Markets are likely to be rattled over the coming days as the upcoming news flow is likely to be bearish due to the fact that the Kremlin has decisions to make in terms of mobilising its 300,000 reservist troops to battle.

Russia’s parliament is expected to declare the regions part of Russia on Oct. 4. Once that happens the way would be clear, from Moscow’s viewpoint, for a possible defensive strike if it felt the territory was under serious threat.

Stocks and the euro currency are expected to act negatively on such an outcome. UK stocks and the British pound will also come under pressure. 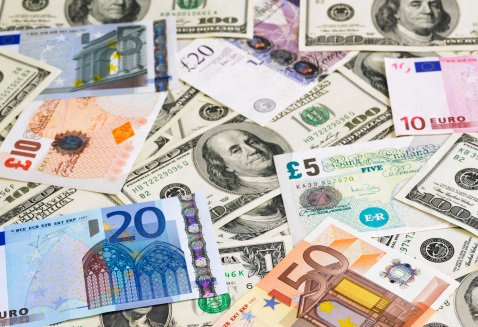