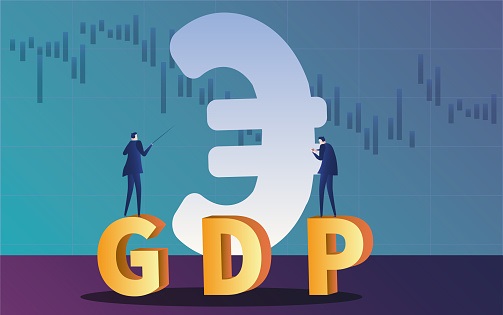 428
SHARES
14.4k
VIEWS
Share on FacebookShare on TwitterShare on WhatsApp

The market extended its selloff on Tuesday as investors remain cautious ahead of this week’s inflation reports. The Euro slightly swept below parity early European session as German economic sentiment worsens. The US Dollar rallied to a fresh high in two decades as investors shift their focus to the US CPI data on Wednesday. The markets are already pricing in further tightening by the RBNZ and BoC on Wednesday.

EURGBP gained +0.18% despite weak data in the Euro area. The German ZEW Economic Sentiment came at -53.8 vs -38.3 surveyed indicating a weakening economy for Germany. The UK BRC Retail Sales Monitor for June dropped to -1.3% against -1.2% expected. More so, recession threats in the UK coupled with political woes are also weighing down the Sterling. The pair is up from 39-day support at 0.84332 and bulls may reclaim the 0.85124 and 0.85500 levels. However, a further slide may give bears the 0.8393 area. Traders to focus on UK GDP data and Eurozone’s inflation data tomorrow.

CADJPY slumped by -0.52% amid safe-haven bids on the Japanese Yen. Fresh lockdown concerns in China are squeezing demand for oil and as a commodity currency, the CAD is pinned down by selling pressure on oil. The pair dropped from the 105.80 resistance and may target 104.17 and 104.00 in the short term. Investors shift their focus to the EIA short-term Energy outlook to gauge demand.

NZDUSD is moving sideways ahead of RBNZ’s rate decision on Wednesday. The bank is expected to hike rates by 50bps, and it could be enough to pin down the hawkish Dollar against the NZD. The US inflation figures for Wednesday are forecasted to be 8.8% from the previous 8.6% and may strengthen the Dollar’s bullish outlook. The US Energy Information Administration will be giving a short-term energy outlook later in the New York session. The pair has gained by +0.22% with support at 0.6100 and bulls may rally towards 0.6175 and 0.6200 short-term targets.

Gold prices tumbled to a 10-month low as bond yields and the greenback are surging higher ahead of US inflation data on Wednesday. The yellow metal however has managed to recover losses, trading at +0.10% gains. Critical levels to watch out for are the $1745 resistance and $1724 support.