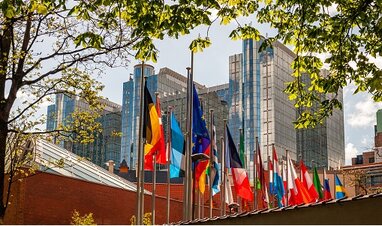 457
SHARES
13.5k
VIEWS
Share on FacebookShare on TwitterShare on WhatsApp

Markets shift their focus on the latest developments in the war between Ukraine and Russia. The impact of the war cannot be underestimated as global markets continue to battle soaring inflation. EU continues to battle declining economic performance as indicated by today’s PMI data for June. Fed Chairman Powel continues to testify on monetary policy issues.

CADJPY plunged by -0.81% as safe-haven bids continue. Japanese’s services PMI data rose from 52.6 to 54.2 setting a positive tone ahead of the National CPI data early Friday morning. The Canadian dollar remains under selling pressure amidst a sell-off in commodities. The pair face near-term resistance at 105.75 and bears may target the 104.00 near-term psychological support. Investors should pay attention to the Canadian Manufacturing and Wholesale sales data.

GBPUSD edged lower by -0.47% in the early European session. The US dollar retained gains ahead of the weekly Job data and Fed chairman Powell’s testimony. Initial Jobless Claims are expected to drop from 229K to 227K. Positive data could support the Fed’s further hikes in July. Critical areas to watch out for are the 1.2300 and 1.2400 resistance and 1.22000 near-term support.

EURNZD plunged by -0.38% on negative Eurozone PMI data. German Manufacturing PMI dropped from 53.1 to 51.3 in June. French Manufacturing PMI data missed expectations to 51.0 from a previous 54.6. The New Zealand dollar strengthened as commodity markets takes a breather. The 1.68500 is a near-term resistance coinciding with a 3-months high and bears face a 1.66000 near-term support. German President Buba president Nagel and ECB’s Enria will be speaking later in the day.

European equities decline on recession fears as investors digest Germany’s PMI data. DAX plunged by -0.97% as selling pressure mounts under the 13200 near-term resistance. The downside level to watch out for is the 12800 psychological level. CAC40 dropped by -0.12% as bears target the 5755 level. A failure to break below the immediate support could see bulls attempt a rally towards the 6025 level.

FTSE100 parred earlier losses rising +0.05% and bulls are capped by the 7150 near-term barrier. A failure to break that level could see bears targeting the 7000 psychological level.

US stock futures were higher as US treasury yields slide from multi-year highs. Nasdaq futures were up +0.88% with Tech stocks leading. Upside gains are capped by the 11800 and a break above that could see bulls reaching for the 12000 psychological figure. Near-term support is at the 11000 level.