by Neville Hornsey
in Opening of the Week, Stocks
0 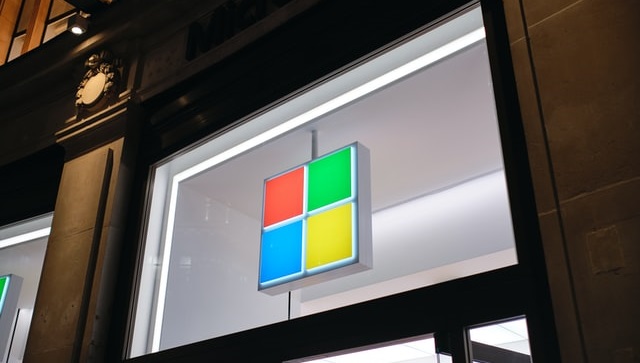 Photo by Turag Photography on Unsplash.

428
SHARES
13k
VIEWS
Share on FacebookShare on TwitterShare on WhatsApp

After cutting its profit forecast by $460 million on Thursday, Microsoft Inc. slipped by -1.66% on Friday. Tech giant cited weaker demand for exports abroad as a major threat to its earnings in the near term due to a stronger dollar. As a result of the inflationary pressure from supply shocks caused by the Ukraine war, the Fed has been aggressive in tightening monetary policy. 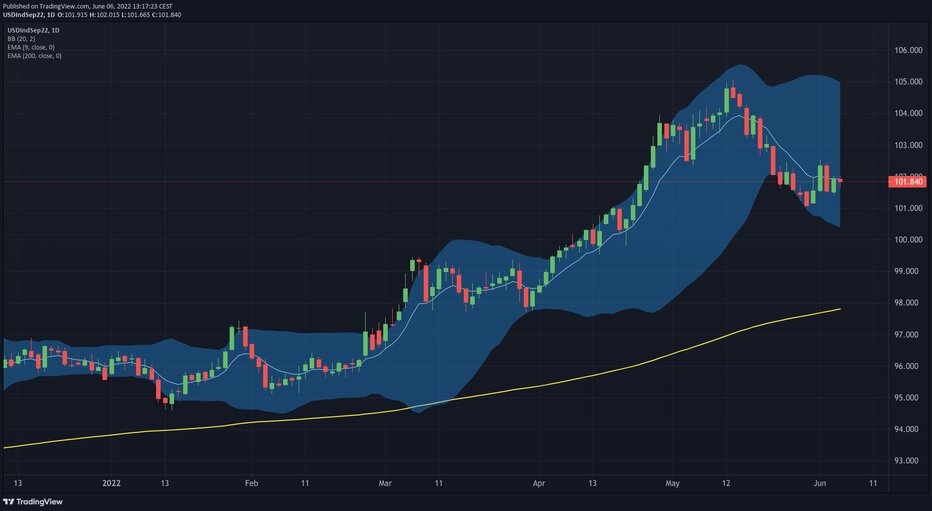 A strong dollar increases the price of US goods and services abroad, which can make Microsoft products less competitive as it becomes expensive for customers to buy the US dollar to trade. This will greatly reduce the revenues for US companies operating internationally. According to Refinitiv, 49.8% of Microsoft revenues were generated from outside the US in the last quarter. 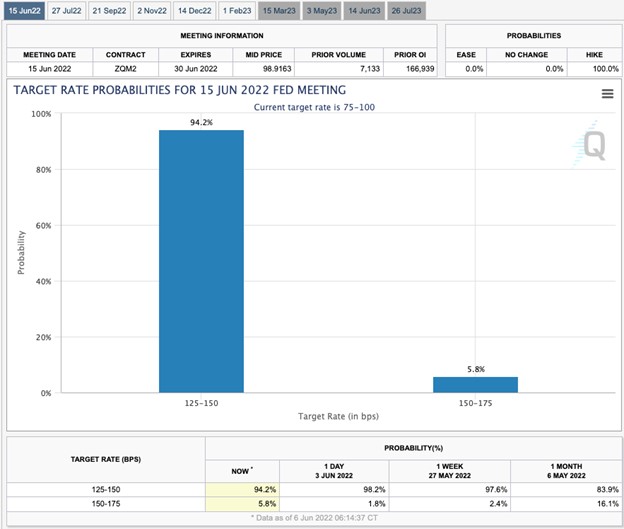 The Fed is expected to hike rates by 50 bps in the next 2 policy meetings posing a major headwind to the tech industry outlook in the near term. The dollar index surged by +0.35% after Friday’s positive US Jobs data reinforcing the Fed’s hawkish outlook on the dollar.

However, investors need not worry as the revised fiscal forecast remains less than a 2% drop on the low side, and even a $2.24 per share would still mean 3% growth over the company’s three months a year prior. The Microsoft balance sheet remains strong, and buyers may seek to scale in and hold through the macroeconomic turbulence.

On 26 April, Microsoft reported better than expected results painting an optimistic outlook on the company’s performance against the recent macroeconomic worries. The Earnings Per Share were $2.22 for the quarter with a surprise increase of $0.04 from the $2.18 estimated. The business had revenue of $49.36 billion compared to the consensus 46.05 billion.

The company announced a quarterly dividend payment on the 9th of June. The next Earnings and revenue reports will be released on the 26 of July 2022. Investors should also pay attention to the US inflation data due for release on the 10th of June. 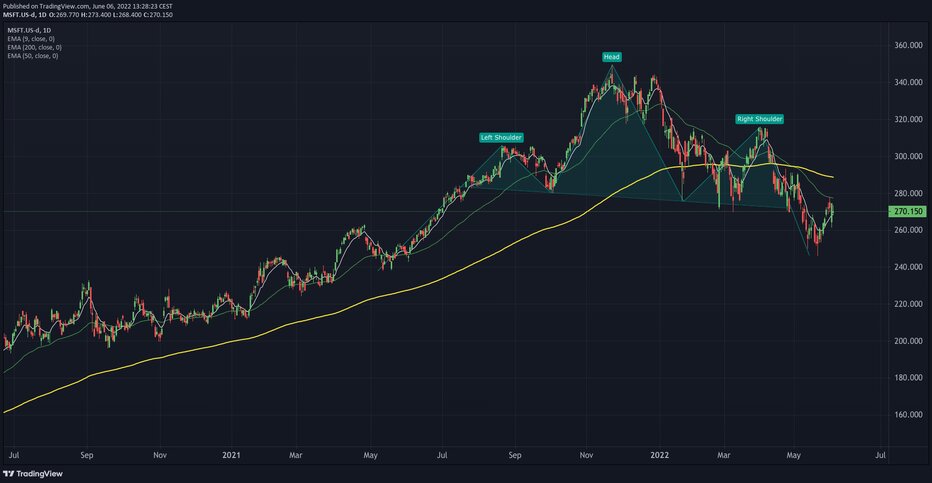 Microsoft Inc stock has been bearish since January 2022 as the price plunged from a $350 high to $250, coinciding with the May low. The head and shoulder pattern indicates the stock could plunge further towards the $225 a share if the $275 level holds as a near term resistance. Upside gains are capped by the 275 level which coincides with a 50-day moving average and the $315 level. However, a break above the 275 level may see bulls reaching out towards the 290 barrier, a one month high. The bulls may have to defend the 250 area, an 11-months low to reinforce a bullish break to the upside. 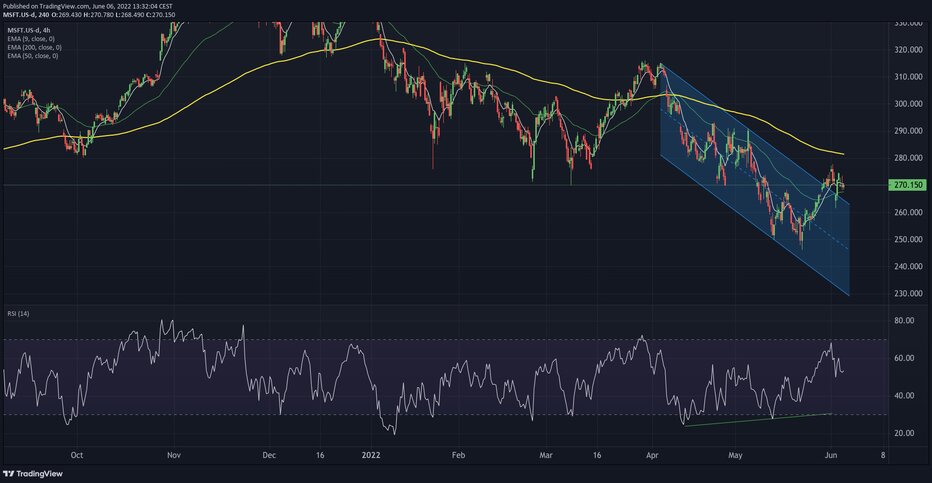 The Microsoft share has experienced modest gains from 250 immediate support. The H4 chart shows a divergence between the stock price and the RSI indicator suggesting investors could be buying the dip from mid-May. The RSI indicator reading broke out above the 50 (neutral Level) showing bullish interests as price trades towards the 290 level, coinciding with a price action gap created between 8 and 11 April 2022. Price may seek to fill in the price action gap before the stock takes a significant direction.