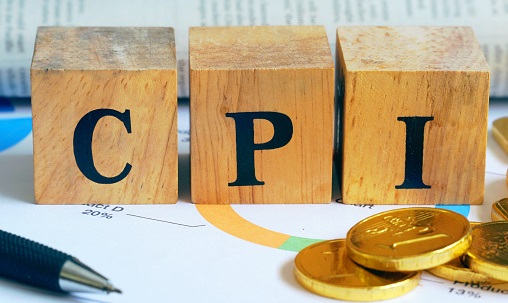 359
SHARES
8.7k
VIEWS
Share on FacebookShare on TwitterShare on WhatsApp

Somewhat strangely, the Nasdaq 100 index was unable to take advantage of the post-US July CPI data releases drop in US government bond yields. After choppy trade, the index in the end closed the session with modest losses of about 0.2%, though did manage to hold above the 15K level, where it continues to trade this morning. For reference, after the latest US CPI report confirmed expectations for a “cooling” in price pressures in the month of July versus the month of June (both the headline and Core CPI rates saw substantial declines on a MoM basis), US bond yields were knocked, with 10-year yields falling as low as 1.30% from pre-data levels above 1.35%. However, since then, 10-year US yields have recovered these losses and are now back above 1.35%, though this recovery has been driven by a rise in inflation expectations rather than a rise in real yields; indeed, 10-year TIPS yields trade only slightly above yesterday’s post data lows of under -1.08% and, as a result, 10-year breakevens have marched back above 2.4%. Those calling for/expecting inflation to remain elevated well above the Fed’s 2.0% target for some time (i.e. well into 2022) may see this most recent rise in inflation expectations as evidence that the market is coming around to their view. Back to US equity markets, the S&P 500 and Dow both posted gains yesterday amid outperformance in cyclical stocks (i.e. those whose earnings are disproportionately exposed to prevailing economic conditions). All three major US indices look set to open Thursday’s session broadly flat, though US data in the form of weekly jobless claims and PPI could stir the pot a little.

European equity bourses have meanwhile been able to shrug off any negative drag from a downbeat Asia Pacific session and the Stoxx 600 is on course for its longest winning streak since 2017, up another 0.1% on the session as it looks to test 475 for the first time. For reference, major equity bourses in China mostly fell overnight on further reports from state-controlled media hinting that online insurance companies and the aesthetic medical industry would be next in the firing line in terms of the regulatory crackdown. European equity bourses may be deriving some support from this morning’s UK GDP data, which saw UK economy post a 4.8% QoQ expansion in Q2 as expected and has been touted by some analysts as reducing fears of the economic impact of the most recent wave of Covid-19 infections. UK manufacturing and industrial production data for the month of June was mixed, however, and the country’s trade deficit for the same month was larger than expected at close to £12B (consensus forecasts were for a trade deficit of closer to £9B on the month). As a result, GBPUSD continues to give back some of the gains it made in wake of yesterday’s “cooling” US CPI report, and is now back to the 1.3850 mark, down about 0.2% on the day.

Sticking with FX markets and taking a look at the US dollar; the Dollar Index (DXY) continues to trade subdued just to the south of the 93.00 level, having fallen back from the cusp of multi-month peaks set yesterday morning before the release of the latest US CPI report (for the month of July). Whilst confirmation in the data that the MoM pace of price gains had fallen in July versus August’s elevated levels seem to trigger some market relief and profit taking on dollar long positions, given (as market commentators have argued) it marginally reduces pressure on the Fed to embark on QE tapering, the dollar seems to be remaining underpinned for now. Indeed, there was something for both the transitionist as (those who think inflation will fall quickly back to the Fed’s goal) and the inflationist as (those who think inflation will remain sticky above their goal) in the report and the inflation debate for now remains unresolved. This means fears of sticky inflation are set to persist, as well as continued fears of a prompter Fed QE tapering and then rate hiking cycle – this may well keep the US dollar underpinned. Other strategists point to the continued downbeat sentiment in emerging Asian/Chinese financial markets as another source of ongoing support for the safe-haven US dollar; MSCI’s main Asian equity benchmark is down 10% since February given concerns about a regulatory crackdown from Chinese authorities and the ongoing pandemic crisis there (which is worsened by low vaccine coverage).

Elsewhere in G10 FX, we are seeing some underperformance this morning in the Aussie, with AUDUSD falling back to the 0.7350 level amid news of lockdown extensions in Sydney and a new lockdown in Canberra. The pair is down about 0.2% on the day. NZDUSD is down by a similar amount, though for now is managing to maintain support above the 0.7000 level. New Zealand Q2 inflation expectations rose to 2.3%, which seems to have further cemented what is already a very much expected 25bps rate hike from the RBNZ next week. EUR, JPY, CHF and CAD are all flat on the session versus the buck amid a lack of any notable domestic developments in each of their respective countries.

Finishing up with a quick overview of commodity markets this morning; crude oil has been going sideways since the overnight session, with WTI for now holding to the north of the $69.00 level having recovered sharply from a brief dip under $67.00 yesterday amid a statement from the White House asking OPEC+ to increase output to lower rising gasoline costs, which they say is harming the recovery. Some are putting the recovery in crude prices yesterday down to follow-up commentary from the White House which suggested they would not be taking any immediate steps to apply pressure on OPEC+ nations. Crude oil markets seem not to have paid too much attention to the release of the US Energy Information Agency (EIA), International Energy Agency (IEA) and OPEC+’s monthly oil market reports, all of which have come out in the last 24 hours. The former two both downgraded slightly their oil demand growth forecasts for 2021, citing the impact of the global spread of the Covid-19 delta variant. OPEC+ left its forecast for 2021 demand growth unchanged from July. Turning to gold; the precious metal has been on the front foot since yesterday’s CPI report, probably more just as a function of the easing of the US dollar and in US bond yields in response to the data rather than amid anything in the actual data itself. At present, spot gold prices are probing resistance around the $1750 mark, as market attention turns to further, admittedly not quite as influential, US data in the form of July PPI and the latest weekly jobless claims report.

The aforementioned US data is out at 1330BST and is probably going to be the most important economic development of the day. There will also be a 30-year US bond auction at 1800BST, which could trigger some volatility in yields and thus also the US dollar and gold. The main driver today, however, is still likely to be yesterday’s CPI data, as market participants mull what it means for inflation forecasts and FOMC policy looking ahead.

Can the USDCHF break higher and trade above the key support level of 0.9250?