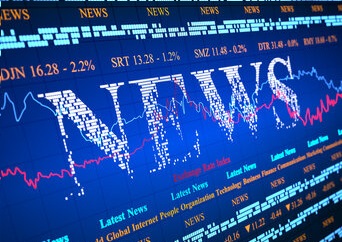 448
SHARES
15.4k
VIEWS
Share on FacebookShare on TwitterShare on WhatsApp

Bad news seems to be good news for US stocks once again after United States June pending home sales contract by -8.6% against the markets expectation of just a -1.5% decline.

This has been a common theme for the market this summer, as expectations of the Fed taking note of weak data and thus slowing down the pace of rate increases over the coming months.

It is especially noteworthy that the Nasdaq has moved 1% higher after the release and broken its 3-day losing streak ahead of the Federal Reserve interest rates decision in just a few hours.

In terms of the breakdown of US Pending home sales for the month of June the previous months reading was revised lower to +0.4% against the initial +0.7 print. This clearly shows a falling trend had started.

Also, the year-on-year print was awful at -20%. This was a big shock for the market, and it much surely be something that the Fed considers. I think housing prices are clearly the issue here.

The big problem for the Fed is that rising rates does slow the housing market. However, the Fed have to fight inflation. So they are certainly almost caught between a rock and a hard place here.

June was the month where mortgage rates shot higher in the United States due to the Fed rate hikes and if the Fed needs more evidence of the effects of much higher of rates today, they got it with this report.

NAR Chief Economist Lawrence Yun said, “Contract signings to buy a home will keep tumbling down as long as mortgage rates keep climbing, as has happened this year to date,”

Economist Yun “There are indications that mortgage rates may be topping or very close to a cyclical high in July. If so, pending contracts should also begin to stabilize.”

The market is now starting to consolidate recent activity during the US session and is pausing ahead of the Fed meeting. It is unlikely that the Fed will deviate from a 75-basis point hike later today.