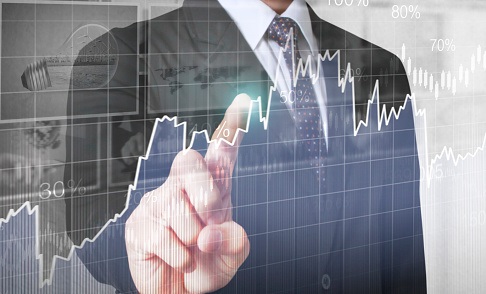 430
SHARES
8.7k
VIEWS
Share on FacebookShare on TwitterShare on WhatsApp

During the upcoming trading week the Jackson Hole Economic Symposium in Wyoming is set to headline the economic docket as traders await the latest thoughts from global central banks and answer the big question which is whether will change its dovish policy stance or not.

Other key macroeconomic releases to watch out for this week to watch include the release of the German IFO and Q2 reading, and also preliminary eurozone manufacturing PMI readings.

This week will also see the release of a raft of important data points from the United States prior to Jackson Hole, which include jobs, GDP, manufacturing, and durable goods orders.

The highlight on the economic docket this week without a doubt is going to be the Jackson Hole event, which promises to be one of the biggest market movers for financial markets this year.

Expectations are ridiculously high that the FED will outline a date for tapering, following last week’s FOMC meeting minutes which seemed to suggest that FED members gave a large nod towards QE tapering. News that the meeting is being held virtually has somewhat pushed back expectations.

During the last policy meeting in July Fed officials expressed a range of views on the appropriate pace of tapering asset purchases, but most noted that it could be appropriate to start reducing the pace of asset purchases this year, provided that the economy was to evolve broadly as they anticipated.

Most officials also judged that the standard of “substantial further progress” toward the maximum-employment goal had not yet been met while the standard had been achieved with respect to the price-stability goal.

Much will depend on how the FED view the July jobs report and also their overall concerns for the rising COVID-19 infection rate in the USA and China. Expect big moves in the US dollar, bonds, stock, and commodities to ensue after Jackson Hole.

This week’s durable goods orders report is going to be an eye opener, considering that the supply chain breakdown is ongoing, and a number of important US data points are pointing to the consumers in America tightening their belts.

New orders for US manufactured durable goods were up 0.8% mom in June of 2021, slowing from an upwardly revised 3.2% surge in May and well below market forecasts of 2.1% as factories continue to struggle with parts and labour shortages and higher material costs.

Traders will be closely looking at the numbers inside this report for orders of non-defense capital goods excluding aircraft, business spending plans, communication equipment, and transport equipment, computer, and motor vehicles and parts.

The preliminary IHS Markit Eurozone Manufacturing PMI is expected to show a slight drop took place compared to last month, however, on an historical basis the expected 62.4 reading is still very high.

Last month the IHS Markit Eurozone Manufacturing PMI stood at 62.8 in July 2021, little-changed from a preliminary estimate of 62.6, but down slightly from 63.4 in June and the lowest since March.

In July output rose at the softest rate since February, while the rate of growth in new business held close to March’s survey record and new export orders continued to expand at a sharp pace. Business confidence slipped to a seven-month low, but remained strong overall.

Any big shocks in the PMI number and we should see the euro currency and eurozone area stocks taking a hit. If the PMI headline number falls in-line it should be considered a big relief considering that the Chinese economy is slowing.

Week Ahead: It’s all about Powell’s Jackson Hole speech

Week Ahead: It's all about Powell's Jackson Hole speech