Key US Consumer Price Inflation data incoming and how markets might react? 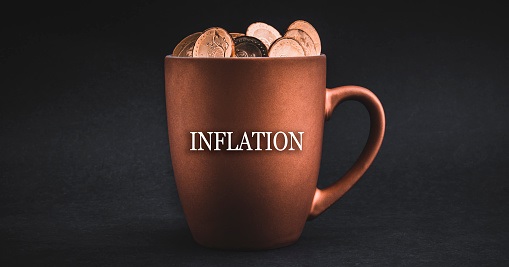 269
SHARES
7.6k
VIEWS
Share on FacebookShare on TwitterShare on WhatsApp

Ahead of US Consumer Price Inflation data, which is set for release at 1330BST, E-mini S&P 500 futures are trading just below record levels in the mid-4420s. Cyclical stocks (i.e. those whose earnings are more exposed to broader economic conditions) rose yesterday after the US Senate passed a bipartisan $1T infrastructure spending package. This helped to boost the more cyclical stock exposed Dow by 0.5% during yesterday’s session, while a continued rise in US bond yields (10-year yields are up at 1.37% this morning from yesterday’s lows around 1.30% and on course for a sixth consecutive session of gains) has been weighing on the Nasdaq 100 index, which fell 0.5% yesterday and is down a further 0.3% this morning. This rotation out of duration-sensitive growth stocks (like the Big Tech names which pack the Nasdaq 100) into economically more sensitive stocks may have more room to run given the US infrastructure bill will now go to the House of Representatives, where it is expected to pass. Meanwhile, US CPI today, if hotter than expected, could add further fuel to the recent rise in US yields as it may embolden calls from more hawkish FOMC members for a faster QE taper. This bodes poorly for the Nasdaq 100, but for now, the index trades less than 1.0% below record levels around the 15K mark.

Speaking of FOMC members, however, Evans spoke on Tuesday and took a more cautious tone than that of other FOMC members who spoke earlier in the week; Kaplan urged that the current inflation spike should now push the FOMC into tightening monetary policy prematurely and that more months of labour market data would be needed before any changes to policy. However, Evans did concede that the US economy is well on its way towards reaching a point where it would be appropriate for the FOMC to begin tapering its QE programme. In that sense, it seems as though Evans is likely on board with influential FOMC member Brainard’s more dovish assessment that the bank should wait until it has the September jobs report in hand (which won’t be until early October) before it makes an assessment on whether the US economy is ready for a tapering of QE purchases just yet. However, given the number of FOMC members that have come out in favour of a faster taper in recent days (Waller, Bostic, Kaplan, Bullard etc.), it appears the doves may be in the minority at the bank.

Taking a look at European markets this morning; there has been a fair amount of focus on the recent run of gains being enjoyed by equity markets in Europe. The Stoxx 600, which is now trading comfortably above 470, hit record levels for an eight consecutive session this morning, the longest winning streak for the index in two months. Analysts are putting this optimism down to a few different factors including 1) a very strong European earnings season and 2) a rising full vaccination rate in the Eurozone of now more than 70%, which is above the US, which is helping the continent stave off the delta Covid-19 variant, which is subsequently spreading faster (particularly in low vaccine coverage areas) of the USA.

Turning now to commodities; crude oil prices took a turn lower in recent trade after news emerged that the White House will be asking OPEC and its allies to increase production in a bid to combat rising gasoline prices. WTI has recently slipped below $68.00, and Brent is now under $70.00, with both down about 1.0% on the session at the time of writing. Weekly US API crude oil inventory data last night showed modest draws in crude oil and gasoline stocks, with traders now looking to today’s US EIA inventory data release at 1530BST for confirmation. Meanwhile, the US EIA (Energy Information Agency) released it short-term energy outlook yesterday and perhaps surprisingly given the global uptick in Covid-19 infections in recent weeks, maintained its forecast for global oil demand growth at +5.33M barrels per day. The agency did cut its 2022 oil demand growth forecast, however, by 100K barrels per day to +3.62M. Oil traders will now be looking to the release of monthly OPEC and IEA (International Energy Agency) reports on Thursday, which will also offer fresh demand and supply forecasts. For reference, Goldman Sachs recently lowered its demand forecast for Chinese oil for the next two months, but reiterated that beyond that, the net impact on oil from the spread of the Delta variant ought to be modest. Moving on to gold; the precious metal is stabilising this morning in the $1730s and trades within yesterday’s intra-day range, despite the continued rise in US yields and the US dollar. However, many analysts suspect that if yields and the dollar continue to rise on a stronger than expected US CPI reading, this would exacerbate the headwinds faced by gold – bearish technicians will be targeting an eventual retest of Monday’s lows around $1680.

Back to the US dollar and looking at FX markets this morning more broadly; the Dollar Index (DXY) matched its July high just under 93.20 this morning, supported by the ongoing rise in US bond yields, which is boosting the appeal of holding USD denominated assets. Analysts are citing 1) recent strong US data (like the July jobs report last Friday) and the risk of a hot July CPI report today, 2) recent hawkish talk from a number of FOMC members who are calling for a prompt QE taper and 3) passage of the US infrastructure bill in the Senate, which is being touted as boosting US economic optimism, all as reasons why the dollar has been doing well. If the US Congress is about to fully pass the $1T infrastructure spending bill, followed by negotiations on a $3.5T spending bill, if the US economy is going to continue to shrug off rising delta variant infections and recover well and if the FOMC is moving quickly towards a QE taper announcement and commencement, then those are three big reasons why the dollar may continue to derive support in the coming weeks, especially versus its low yielding, ultra-dovish central bank-plagued G10 rivals such as the EUR, JPY and CHF. Indeed, against all three, the US dollar is at multi-month lows, with EURUSD having slumped from near 1.1900 last week to current levels close to 1.1700, with USDJPY having surged from under 109.00 last week to current levels above 110.50 and with USDCHF having surged from just above 0.9000 last week to current levels of comfortably above 0.9200. Meanwhile, over the same time period, the Aussie and Kiwi have both languished, with AUDUSD dropping back from above 0.7400 to current levels under 0.7350 and NZDUSD dropping back from close to 0.7100 to around 0.7000. The deterioration in the economic outlook in Asia for Q3 due to rising Covid-19 infections (particularly in China, where harsh restrictions are being implemented) are a key risk for the currencies, though the kiwi will likely derive some support from hawkish RBNZ expectations for a 25bps hike next week. GBPUSD, meanwhile, is also edging lower, but remains above 1.3800 for now.

US July CPI data at 1330BST is of course the main event of today and as noted above, if hotter than expected, has the possibility of sending both USD and US bond yields higher, which could put a dent in stock markets, particularly the duration sensitive Nasdaq 100. Equally, a much softer than expected number could see the opposite market reaction as market price a potentially more dovish QE tapering timeline from an FOMC feeling less pressure to ease back on its extraordinary policy measures. For reference, headline CPI is seen falling modestly back to 5.3% YoY from 5.4% in June, while Core CPI is seen falling to 4.3% YoY from 4.5% last month. As ever, there will be a lot of attention on the subcomponents of the report and on whether inflation is being seen in areas just as a result of “reopening” effects (like used car parts) or are being seen in stickier areas (such as the rent of shelter component). Oil traders will be watching weekly EIA inventory data at 1530BST, at which time FOMC member Bostic will also start speaking, where he may give his reaction to the recently released consumer price inflation report. FOMC member George will then be speaking at 1700BST and may do the same.

The UK100 share index is breaking higher and against retail sentiment