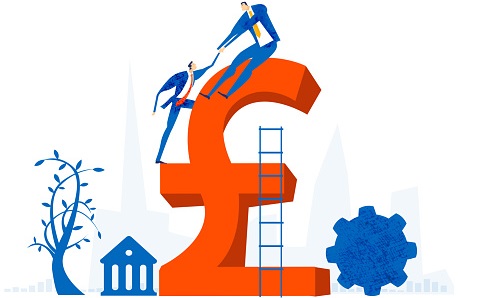 431
SHARES
9.4k
VIEWS
Share on FacebookShare on TwitterShare on WhatsApp

According to a report released by the Bank of Japan (BOJ) in the overnight session, Japan’s producer price index (PPI), which measures the price of goods at the factory gate, increased by 6.3% in September. Compared to August, the PPI saw an increase of 0.8 basis points, while investors’ expectations were met with 0.3% growth in PPI. The export price index declined by 0.2% from August to September, while import prices on a yen basis increased by 1.1% from last month and due to base effects were up a massive 31.3% from September 2020. Supply chain problems and increasing demand is going to push materials and goods higher in price, whether the costs can continually be passed on remains to be seen but these higher prices could affect the exports in future months.

The USDJPY has come off its recent highs in the last few hours, which will allow traders to confirm whether the breakout level is solid support. There could be a reaction to the comments from Japan’s finance minister who said the tax rate hikes proposed by the Prime Minister do not yet have a determined timeline. This may give the yen bears less to worry about and also let the US traders come back in and find levels around Friday’s settlement.

The UK’s Office for National Statistics report todays shows the unemployment rate in the United Kingdom for the three months ending in August stood at 4.5%. This is in line with market expectations and signifies a 0.4-point decline since the previous quarter. The employment rate is estimated to have increased by 0.5 points quarter-over-quarter to 75.3% during the same period. While a 0.2% decline in economic inactivity per quarter was reported.

In the quarter ending in August 2021, the average pay growth rate was 7.2% for total pay, including bonuses, and 6.0% for regular pay. As of September, there were 1,102,000 vacancies, which marks the second time in a row that the three-month average has exceeded one million.

The euro is relatively strong this morning and is gaining against the GBP at the start of the London session. There was obviously some left over demand from the swing low that printed in August 2021, but with the price action and moving averages looking bearish, traders should consider that this is currently a relief rally within a bear market.

The forex heatmap is signalling that this morning is going to be a risk-off start to the markets, so we should be expecting lower prices in the equities and maybe a bid in the debt markets. Later on, this morning we have ZEW economic sentiment data for Europe and Germany. I fear a bad reading for Germany could set the euro on a lower path today with expectations already pricing in a few points of decline.

The GBPUSD is at previous support levels and is also in a downtrend with bearish momentum as described by the moving averages. With rising UK employment and an economic recovery that the Treasury feels can sustain tax hikes, we should be seeing a strengthening GBP. The US dollar index is also at an important level and with US traders returning today we should see whether or not this level of resistance holds.