Investing in the Metaverse 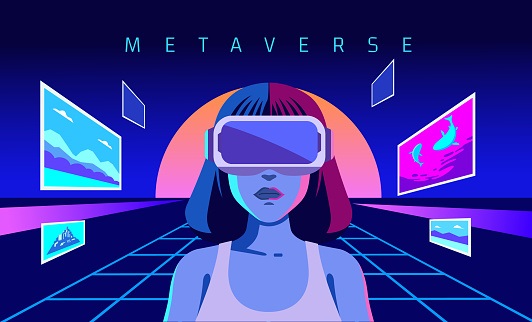 406
SHARES
11.4k
VIEWS
Share on FacebookShare on TwitterShare on WhatsApp 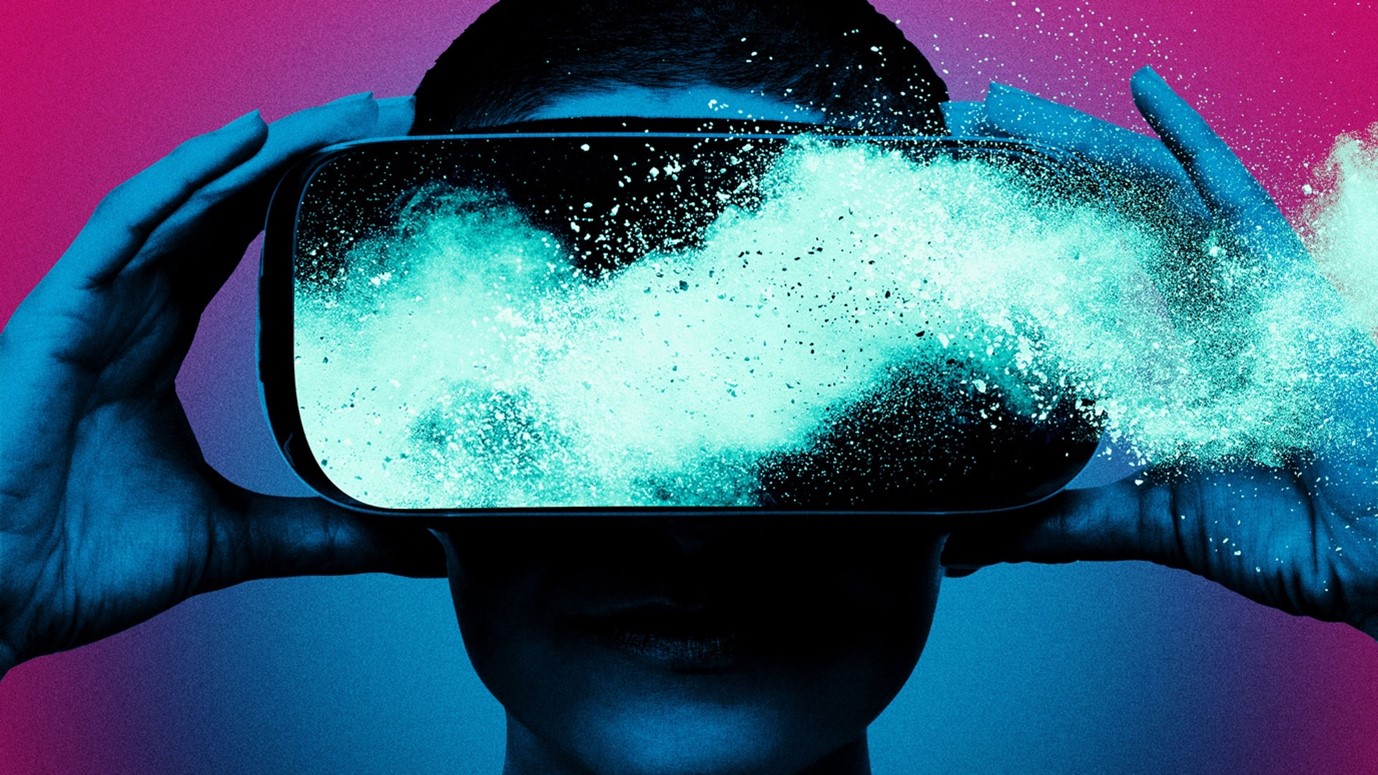 In the summer of 2021 Facebook became one of those unicorn companies to reach a $1 trillion market cap. Roll-on to 2022 and the Q4 earnings call, and Facebook now known as Meta Platforms, beats their previous biggest loss of 2018 which came in greater than $100 billion, with a record $232 billion fall. The plunge of 26% came on the back of stiff competition eating into Ad revenue market share, and a drop in revenue after Apple changed some privacy settings which allowed the users of iPhones to opt-out of being tracked by the likes of a Facebook ad bot.

CEO Mark Zuckerberg had seen the writing on the wall a while ago and has used the massive cash pile to buy into virtual reality, augmented reality, and technology that will become the Metaverse.

At present, the technology that will be known as the Metaverse is little more than a buzzword without any tangible outcome in sight. Some say it will become the internet, whereas others believe the Metaverse nomenclature will go the same way as “The Information Superhighway”. We have gone from dial-up to 5G, with many more G’s and satellites providing faster transfer of information. Things are becoming data, and data is becoming free. Supercomputers can model an alternate reality, with tech for examples like the Unreal Engine, making virtual more life-like in feel and expanse. The goal is surely to duplicate what we experience in real life in a virtual inter-galactic alternate reality.

Humans have crawled out of the primordial soup onto land and traversed their way around the globe. Pioneers are now getting us to the point where we can eject ourselves off the planet with the aim of becoming an interplanetary species. To get to the furthest stars in a way that would have some meaning and connection to the planet we currently call home is going to be impossible unless we can beat the speed of light. The meat jackets that our souls wear may be the limiting factor unless we can compress the distance of space-time.

What would be possible is to send out into the universe a species of Avatars which could explore, experience, and live, albeit virtually to the assembled matter on earth. We could become data and our data could travel at the speed of light.

Massively multiplayer online games (MMOs) have existed for nearly two decades. In that sense, aspects of the metaverse already exist. 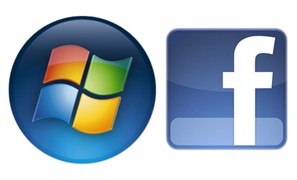 Facebook will be investing $180 billion at least into the Metaverse and yet their version of what the Metaverse should be, may not the route the masses take. Every day, billions of people connect with their friends, family, and colleagues on Facebook, Instagram, and WhatsApp. Those same people probably experienced the lockdowns caused by COVID-19 at the same time and one would imagine the last thing those billions of users want right now is to sit at home, with a VR headset and live their lives. They want to get out and see the real world.

The pandemic has undoubtedly altered the way we do business, with large corporations scattered across the globe already and online meetings becoming more common via tools such as Teams and Zoom. Facebook is currently pushing Horizon World to incorporate what we have come accustomed to with the long-term view of expanding the immersive experience. Horizon Worlds is a social platform like Roblox or Minecraft where players can play in existing worlds or create their own. This app is available for free, but you need a Meta Oculus 2 headset to use it. In addition to 10,000 worlds created in Horizon Worlds, Meta said more than 20,000 people are part of a private Facebook group for creators. The similarity to gamers is the financial markets worry. Facebook is not into gaming, in any way.

Microsoft however has bridged the gap of work and play. Windows software was dominant in the workplace and then made its way into the home, which led to every household aspiring to have a personal computer. As the more tech became used, the more computers were needed, the more choice users had on what operating software they chose. Microsoft was only on PCs; Apple OS became iOS and so Apple took market share away from Microsoft. Apple went down the route of content whereas Microsoft jumped over to gaming. Now Xbox and PlayStation are the benchmark consoles, so Microsoft has a very firm foothold in the office, living room, and bedroom.

The rate of expansion into gaming for Microsoft is exponential. In 2014 Microsoft bought Minecraft for $2.5 Billion, which as a game has grown to 140mil monthly users. In 2020 they bought Zenimax Media for $7.5 Billion (Fallout, DOOM, and Elder Scrolls). In 2022 they bought Activision for $69 Billion (Call of Duty, Overwatch). Not only do they now own the gaming houses, in 2017 Microsoft launched the Xbox Game Pass, which is a Netflix-sequel monthly subscription model. Now the Xbox can access these games if you have a sub, but also a PlayStation user can still access the games they love. Microsoft became multi-platform vicariously.

Initially, PCs were used at work to improve productivity, then users wanted them at home, and that’s how PCs became part of our lives. When Microsoft uses all of its tech, hardware, userbase, etc. to create its version of the Metaverse, it will come at us from all angles. It will go from file sharing and virtual meetings to running our lives both at home and work. Legacy media will be replaced by augmented feeds. Ai will run robots to help us do the menial tasks. Humans will have even more leisure time. Humans may even sit back and be transported to other worlds. Having a digital twin, whether it be office, where you can work remotely from and interact with colleagues or clients, or in a gaming environment where you socialize the idea of interacting and experiencing things virtually will become normal.

Trying to determine when the metaverse will arrive means pinpointing the moment when people will begin to see the digital world as more meaningful than the physical one. Some teenagers may even be there already.

The markets are currently betting against Mark Zuckerberg’s vision. Not that he won’t make it happen, it just appears to be a lot of money being thrown at what is essentially a concept, start-up, with too little return on investment soon. Couple that with loss of earnings in the incumbent tech, and we must ask, why would an investor be able to predict an upward sloping future earnings path? They clearly cannot. 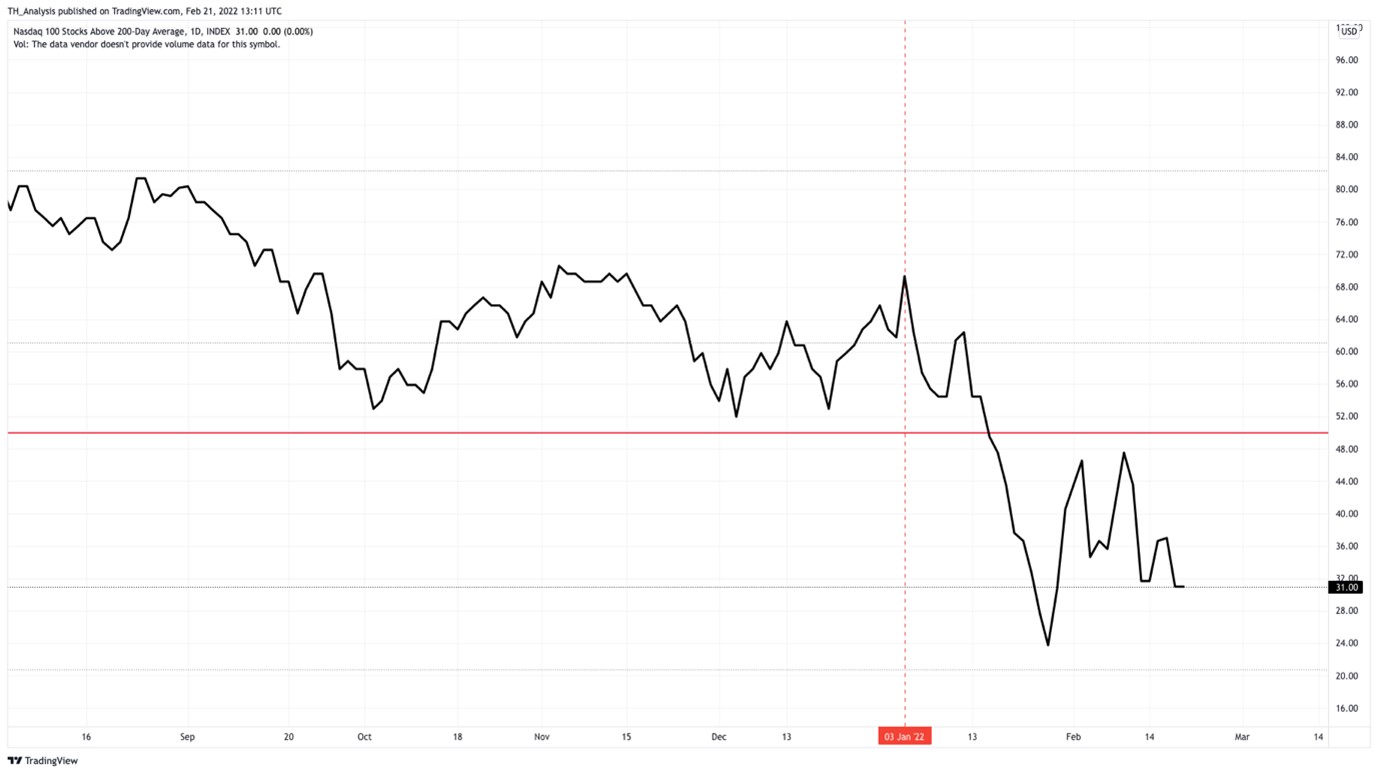 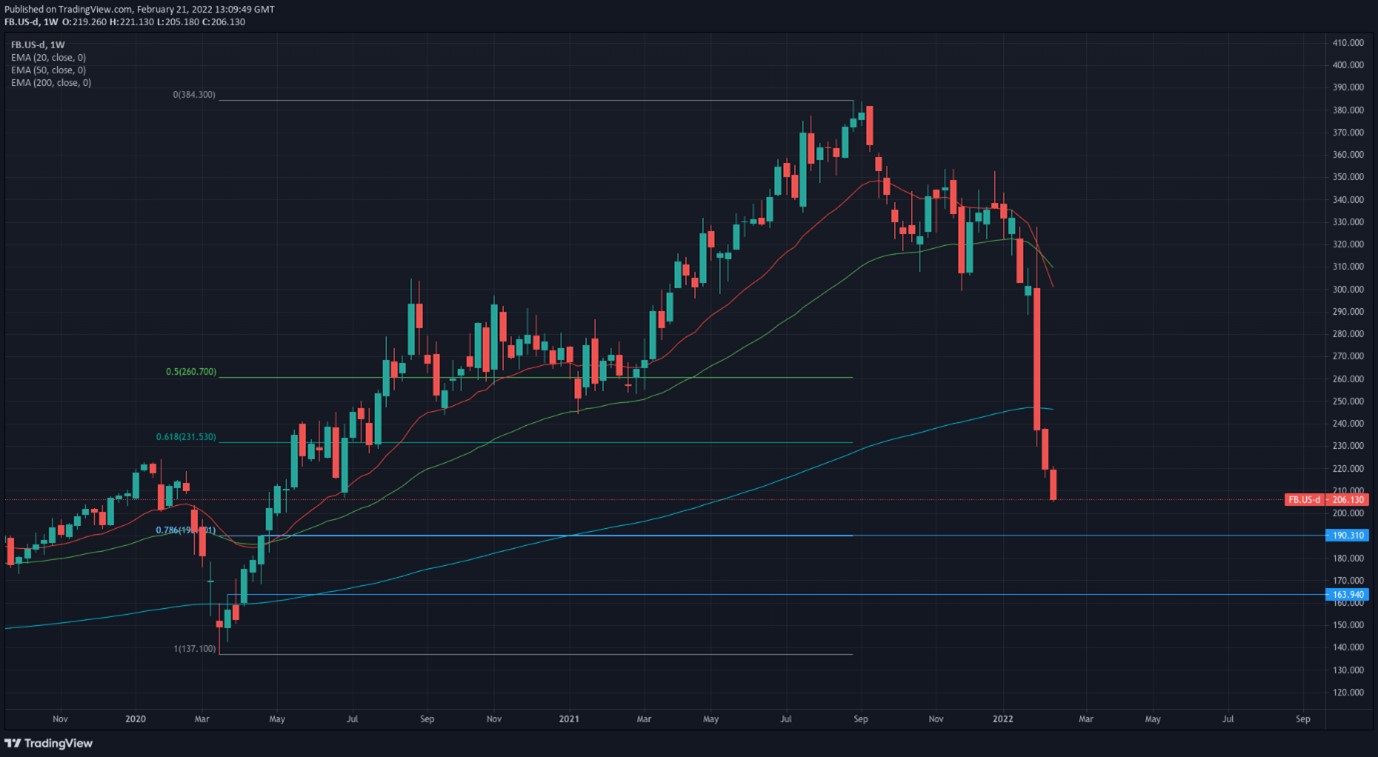 If there is to be a dead-cat bounce in the Meta Platforms (FB) stock price, I think technical analysts would agree that $190 is a great place to expect one. Whether you as an investor take the elevator back up to $300 is in the balance as the fundamentals don’t really back it up. 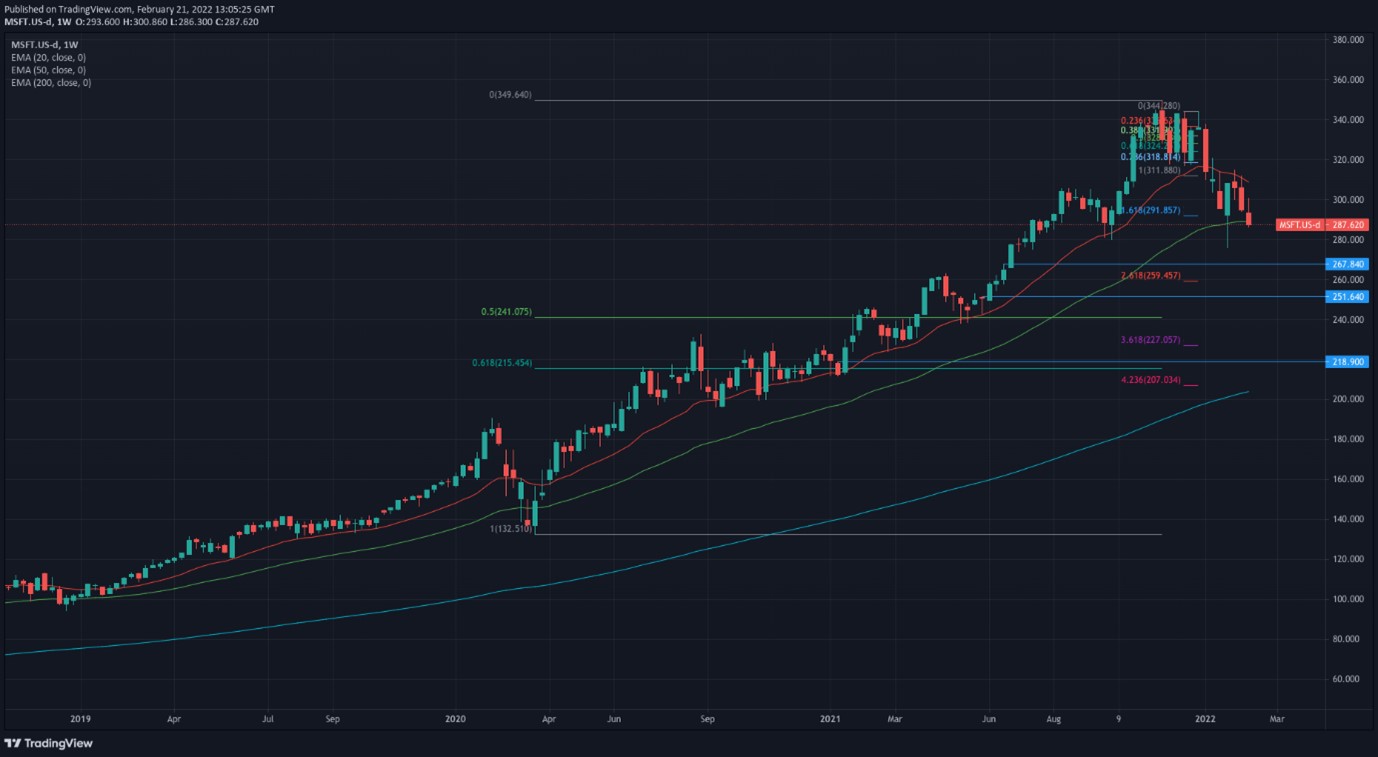 Microsoft very rarely breaches the weekly 50-period EMA, so it is also in a sticky situation. Growth companies are coming under pressure from investors’ worries around the Fed rate hikes. Banking stocks may be a better play. And JPM have already opened a non-function version of a bank in the Metaverse. Clearly a PR thing rather than a proof of concept. However, Microsoft to me is fundamentally sound, so being able to buy at a discount would be a great opportunity. $200 per share would be amazing. Though from the chart above I have identified a couple of levels I think will also attract some long-term investors potentially.

As always, it is best to have these ideas of the future in mind, and then to patiently wait for some market structure shift. Don’t buy into a falling stock, the saying is “don’t catch a falling knife” but do try and wait for a paradigm shift. In 2020, it was the central banks begging the governments to send in helicopter money. In 2008 it was the start of QE and forward guidance based on the Fed propping up the markets. Something will change soon which will give investors some belief that their money will go to work and make more money. The Metaverse and these two behemoths are likely to offer the best exposure to that societal shift. Unless of course we get market disruption from unlikely places.

Gold hovers around $1900 oz, headlines are dominated by Russia 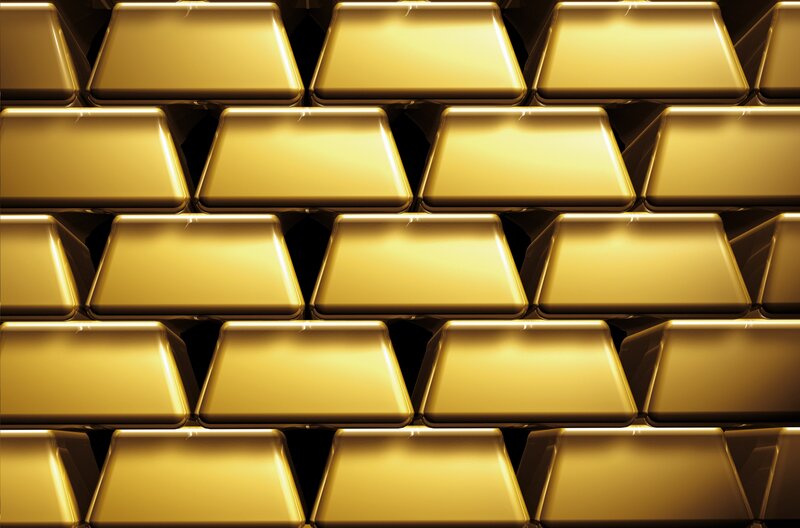 Gold hovers around $1900 oz, headlines are dominated by Russia