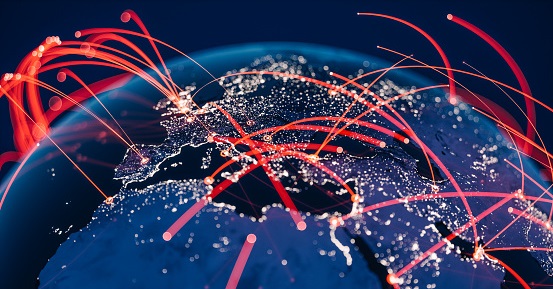 323
SHARES
8.8k
VIEWS
Share on FacebookShare on TwitterShare on WhatsApp

Global equity markets are suffering on the first trading day of the week following an extremely bearish handover from the Asia Pacific session. It was a thin liquidity overnight session, given the closure of Chinese, Japanese, South Korean and Taiwanese financial markets due to various public holidays and this arguably exacerbated the negative impact that renewed Evergrande default concerns had on the region’s markets that actually were open. Hong Kong’s Hang Seng index tumbled 3.3% on the session to hit fresh 11-month lows as equity investors continued to fret over the potential “contagion” that the default of Chinese property giant Evergrande might wreak on the Chinese and global economy; the co. is scheduled to repay a small amount of its more than $300B in total debt on Thursday and expectations for default are high.

Major US equity index futures are all down more than 1.0% in pre-market trade, extending on the slump witnessed last Friday amid volatility linked to quarterly quad witching. E-mini S&P 500 futures are down about 1.3% and currently trade at lows of the day around 4370 about 50 points below last Friday’s 4420 close and now more than 1.5% below the 50DMA (currently at 4437), the most the index has been below this moving average since March – over the past 11 or so months, the 50DMA has in the past been a strong area of support. Meanwhile, the CBOE Volatility Index (sometimes referred to as Wall Street’s “fear gauge”) is at its highest since May, having spiked above 25.00 from as low as 18.00 in the middle of last week. European markets are suffering worse on the day losses, with the pan-European Stoxx 600 currently down about 2.0% and trading just above 450, a sharp near 4.0% reversal from last week’s highs close to 470, with European stocks also having to play catch up to the losses seen on Wall Street on Friday following the European close.

Whilst downbeat sentiment in Asia is the main catalyst of this morning’s sell-off, market commentators are also citing a few other factors as weighing on equities; 1) this week sees a barrage of important central bank meetings, including from the FOMC, BoE, BoJ, SNB, Norges Bank, Riksbank, CBRT, SARB, BCB and more, as well as a timely update on the health of the global economy at the end of the week with the release of September Markit PMI surveys – equity investors could be positioning (i.e. selling) for a more hawkish tone to global central banking as well as further evidence of a global growth slowdown, 2) growing worries about an impending US government shutdown starting from the end of the month if Congress cannot get its act together quickly and raise the debt ceiling again (Treasury Secretary Yellen has warned that the government may be forced to default on debt obligations as soon as October if the debt ceiling isn’t raised) and 3) (more relevant to UK than global markets) concerns about an ongoing collapse of small UK energy providers, it potential impact on consumers (who may be loped with higher gas prices) and uncertainty about the government response.

Bond and FX markets are reflective of the downbeat tone in global equities; US and European yields are down (US 10-year -4bps to around 1.33% and German 10-year -4bps to around -0.32%) to reflect a safe-haven bid in the bond complex, which is also reflected in outperformance in safe-have currencies like JPY (the best G10 performer this morning, up about 0.4% on the session versus USD), the Swiss franc and the US dollar. Despite a much stronger yen on the session versus USD, the Dollar Index (DXY), which is a trade-weighted basket of six of the US’s major developed market trade partners, is about 0.2% higher. The DXY has managed to build on last week’s gains that saw it rally from lows around 92.30 to above 93.00 (boosted by broadly stronger than expected US data at the time as well as downbeat stock market sentiment) and is now not trading far below 93.50, with the dollar bulls eyeing a test of recent August highs in the 93.70s. Its gains this morning are being driven by underperformance in risk/commodity sensitive G10 currencies and losses in the yuan; the latter surged to its weakest levels since late August, with USDCNH rallying to near the 6.49 level amid concerns about the damage that the Evergrande default saga might inflict upon the already slowing Chinese economy. In the G10, the Loonie leads the losses, down about 0.7% on the day versus the dollar, perhaps struggling as a result of political uncertainty as Canadians head to the polls today for Parliamentary elections (political commentators in Canada are saying that while incumbent liberal PM Trudeau might have a slight edge, its remains too close to call). The Nikkei is down about 0.6%, sterling and the Aussie are both down about 0.5% and NZD is down about 0.3%. EUR is holding up a little better, down about 0.2% as the outcome of the latest German elections are eyed (out-bound Chancellor Merkel’s CSU/CDU party looks set to be defeated by the more left-leaning SPD, who are likely to form a coalition with the greens) and in wake of hotter than expected German August PPI numbers out this morning.

For now, EURUSD remains above 1.1700, NZDUSD remains above 0.7000 and AUDUSD above 0.7200, but we have seen GBPUSD tumble under 1.3700 and USDCAD surge above 1.2800. FX strategists caution that there is a risk of 1) further central bank driven USD strength and 2) further deterioration in risk appetite if the FOMC on Wednesday gives off hawkish vibes – just to repeat expectations for the meeting; the recent slowing in the pace of jobs gains and a slight moderation in inflation in August means the FOMC is unlikely to announce its QE tapering intentions in September and this decision is likely to be kicked down the road (markets expect a November announcement followed by a December start to the actual taper process). Elsewhere, while the new economic forecasts shouldn’t trigger too much interest (a downwards revision to GDP growth estimates for 2021 and an upwards revision to inflation forecasts likely), there is a risk that the dot-plot might signal the likelihood of a rate hike in 2022 (only 3 FOMC members need to bring their rate hike expectations forward to 2022 for this to be so) and such an outturn could trigger some market angst. This could be the USD strengthening and risk assets (stocks, risky currencies, commodities) coming under pressure. But, as noted above, it is not just the FOMC coming to town this week. FX strategists are citing the possibility that; 1) a more hawkish BoE could support GBP on Thursday, 2), potential hawkish rhetoric from RBNZ policymakers scheduled to speak on Tuesday could raise the risk of a 50bps RBNZ rate hike in October (thus supporting NZD) and 3) a rate hike from the Norges Bank (the first G10 central bank to start lifting rates since the start of the pandemic) could support NOK.

There is very little of interest on the economic Calendar today, thus market focus is set to remain on underlying themes such as news flow relating to Evergrande, the Canadian and German (and even Russian) general elections, central bank rhetoric (if any does come), and shifting market expectations. With so many key events looming this week, some traders may look for a stabilisation in risk appetite if the news flow takes a turn for the better or at least abates somewhat.

USDCAD is trending higher after a clean break of 1.2800 this morning