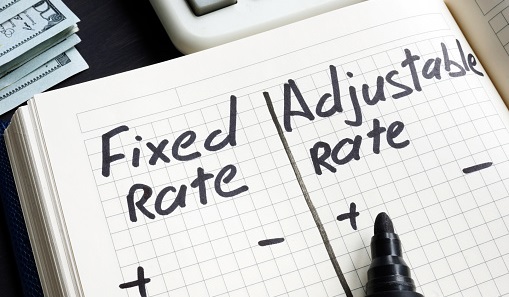 432
SHARES
9.4k
VIEWS
Share on FacebookShare on TwitterShare on WhatsApp

Risk appetite has stabilised on Tuesday; global equities are broadly higher, with S&P 500 futures up about 0.9% in pre-market trade and the Stoxx 600 currently trading up slightly more than one percent following yesterday’s respective 1.7% and 1.6% declines that saw the indices plumb multi-month lows. The Hang Seng even managed a 0.5% recovery following yesterday’s more than 3.0% decline, which was hammered at the start of the week due to concerns about Chinese financial stability amid the ongoing Evergrande default saga and was arguably the catalyst behind the global deterioration in risk appetite. Outside of global equities, commodities are mostly bouncing, aided by a weaker dollar, which is coming off in tandem with weakness in other safe-haven currencies as the more risk/commodity price-sensitive currencies pare some of yesterday’s steep losses. Meanwhile, bond yields in the US are a tad higher, with the US 10-year yields having yesterday found decent support at 1.30%.

There hasn’t been any fresh news to drive this morning’s recovery in risk sentiment. Chinese stock markets have not yet opened this week (due to the mid-Autumn festival public holiday), so Wednesday’s Asia Pacific session will be their first chance to “react” to the Evergrande situation. Whether or not the company is able to cobble together the funds to pay around $85M in interest payments on some of its bonds due this Thursday is a key focus for Chinese (and global) markets right now. But arguably, with markets already anticipating some sort of Evergrande default given that Chinese media has signalled a government bailout is unlikely, the more important issue is what steps Chinese authorities take to prevent any “contagion” from the default from hurting financial stability or the country’s broader economy. If authorities announce actions/steps that market participants perceive as credibly able to protect the broader economy from any fallout from the default, then this should be supportive to not just Chinese and Asian market sentiment, but also to global markets. But such assistance is far from guaranteed, with Chinese market regulators so far having only warned that Evergrande’s insolvency might fuel broader financial stability risks and not hinted towards any action just yet.

Key upcoming events in Chinese markets (i.e. the reopening of Chinese stock exchanges on Wednesday, Evergrande’s scheduled repayment on Thursday and the possibility of intervention by authorities) add to what is already a packed week in terms of fundamental catalysts. The rest of today’s session ought to be comparatively quiet, with some US August housing data and very backward-looking current account data, as well as remarks from ECB President Christine Lagarde and private weekly US inventories. But things really pick up tomorrow; during the Asia Pacific session we have a Loan Prime Rate decision from the PBoC, a policy decision from the BoJ and commentary from RBA assistant governor Bullock, ahead of arguably this week’s most important event, the FOMC rate decision during US hours (at 1900BST). Just to quickly summarise what to expect from this meeting; the FOMC will not change their Federal Funds Rate target from the current 0.0-0.25% or their monthly pace of asset purchases from the current $120B but may signal in some way that they are moving one step closer to a formal QE taper announcement (which markets expect to come in November, with actual QE tapering to start in December). There will also be new economic forecasts and a new dot-plot; the latter is likely to garner the most attention, with market participants split over whether the median dot will show an expected first rate-hike in 2022 or 2023 and how many hikes will be forecast in 2024 (which appears in the dot-plot for the first time). Thursday then sees the release of flash Eurozone, UK and US Markit PMIs and rate decisions from the Swiss National Bank, the Norges Bank and the Bank of England. Meanwhile, the week is interspersed with a number of emerging market rate decisions, including from the CBRT, SARB, BCB, MNB, BNP.

All of these central banks will of course have influence over their respective currencies, but the FOMC (as usual) also has the ability to trigger shifts in the market’s broader appetite for risk; traders have said that, with the QE taper now well priced into markets and it not really mattering too much whether the taper begins a month later or earlier than current market expectations, the updated dot-plot may well be the most important aspect of the rate decision. A more hawkish than anticipated dot-plot (first hike in 2022 and many hikes by the end of 2024) could not only trigger USD strength but also a broad downturn in risk assets that could hit global stocks, commodities, risk-sensitive/high-beta FX and could push up US yields. A less dovish dot-plot (no hike in 2022 and not so many hikes by the end of 2024) could do the opposite.

In other relevant market news; it looks as though incumbent PM Trudeau has come out on top in wake of the latest Canadian parliamentary elections, though has failed to gain any more seats in parliament or obtain the majority he wanted. That signals a continuation of the status quo, which might be helping CAD to outperform this morning (it sits near the top of the G10 table, up about 0.6% on the day versus the buck). Meanwhile, a speech from RBNZ Deputy Governor Hawksby last night has been interpreted by analysts at local banks as watering down the chances of a 50bps rate hike at the RBNZ’s next policy meeting in October. Meanwhile, the RBA minutes echoed the opinions and outlook offered at the RBA meeting and by RBA Governor Lowe since the meeting, so has not moved the Aussie. Finally, ECB speak has for the most part been ignored; Governing Council member Villeroy de Galhau opined that the current rise in inflation is temporary and that headline HCIP will be back under 2.0% in 2023, while Vice President de Guindos reiterated the bank’s expectations for strong growth in Q3.

The equities markets may have dead cat bounced, but the US dollar trades flat into the London close

The equities markets may have dead cat bounced, but the US dollar trades flat into the London close