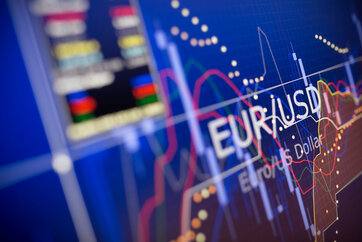 459
SHARES
14.1k
VIEWS
Share on FacebookShare on TwitterShare on WhatsApp

The euro currency has started to break to 20-year lows against the US dollar, as fears about the European economy started to cause traders to move away from the single currency and into the buck.

Aside from the EURUSD pair dropping, the British pound and other major currencies have been hammered lowered, meaning that the 22-year high in the US dollar index is also pressuring the euro lower.

One area that the EURUSD medium to long-term price charts has been pointing to for some time now is parity. A drop under the 1.0000 level is entirely possible while the price trades below the 1.0500 level.

Due to the fundamental backdrop, the charts are now becoming self-predictive. With markets now pricing in a much tougher economic backdrop for the eurozone, a move under parity is no longer inconceivable.

A head and shoulders pattern that was activated this week is strongly hinting the same. The move under the yearly low has activated the pattern, with a downside projection of greater than 400 points.

Something that is accelerating the downtrend right now is bullish sentiment towards the EURUSD. Sentiment is rising while the EURUSD pair heads lower.

The ActivTrader Market Sentiment tool shows that some 72 percent of traders are bullish towards the EURUSD. This is strongly suggesting for more downside ahead for the euro.

The four-hour time frame shows that the EURUSD pair has fallen under the Ichimoku Cloud, with the Lagging Line issuing a powerful sell signal.

The Relative Strength Index is very oversold right now, so a move back towards the 1.0350 level is not unthinkable given that the indicator has reached a level of 20. 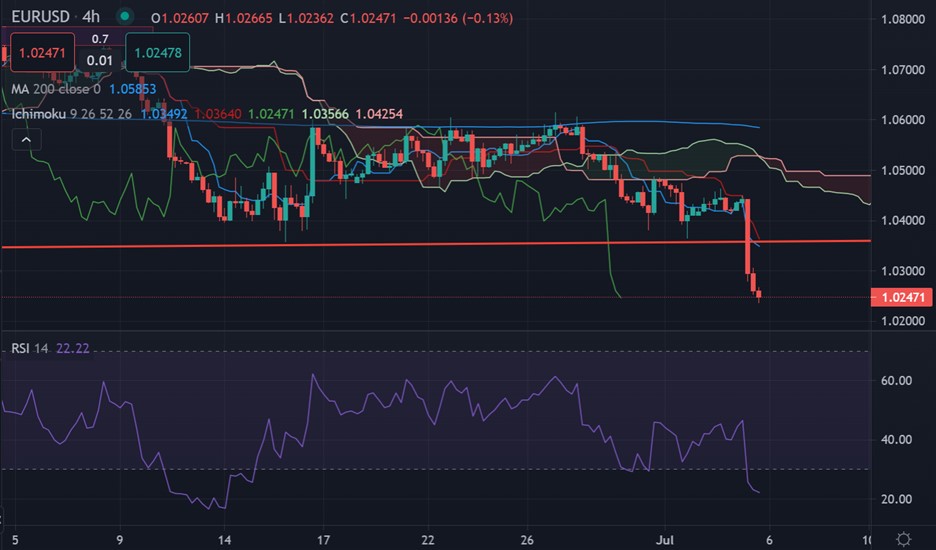 Looking at the daily time frame things have gone from bad to worse for the EURUSD pair as large head and shoulders pattern has been activated now after the price moved under 1.0350.

Watch out for a further crash below parity, and possible the 0.9800 support level if we continue to see the EURUSD pair trading below 1.0350. 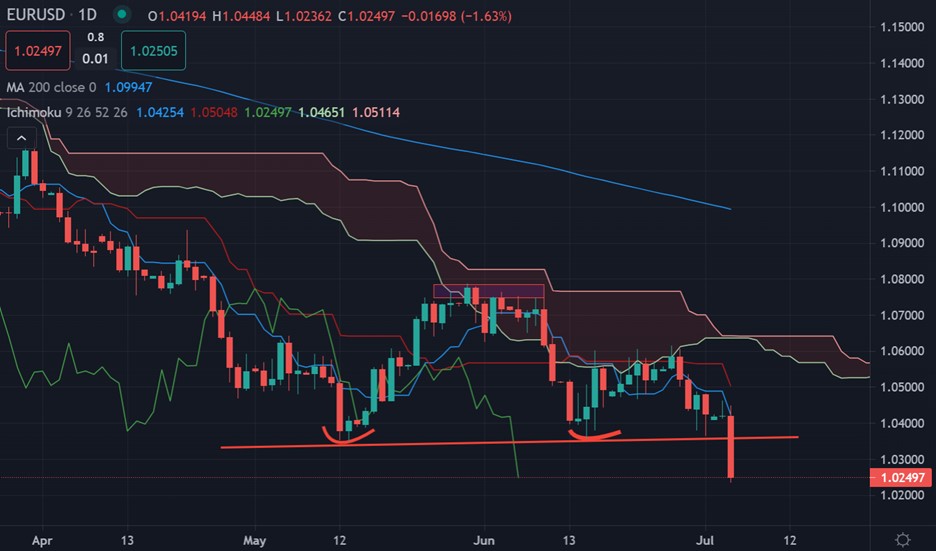 US100 Technical Analysis – Watching The Wedge