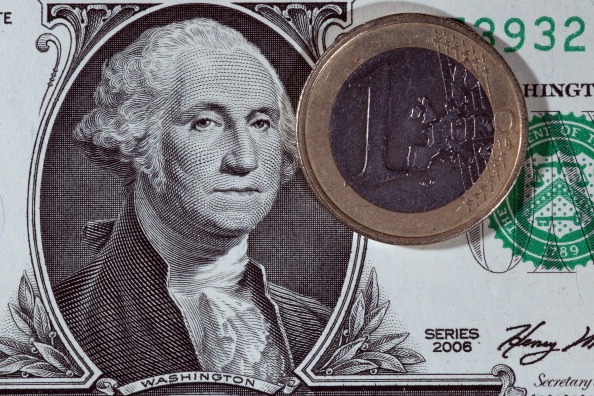 355
SHARES
8.3k
VIEWS
Share on FacebookShare on TwitterShare on WhatsApp

The euro currency tested towards the 1.1750 level against the US dollar as the stronger than expected Non-farm payrolls jobs reports caused a notable bid-tone in the greenback versus most major currencies.

This week could be pivotal for the EURUSD, and indeed the eventual trading range the pair is going to find itself trading in during the remaining of the second fiscal quarter of 2021.

Inflation data from the United States economy and the new $1 trillion infrastructure bill are more than likely going to be the key themes that foreign exchange traders are going to focus on.

Simply put, EURUSD bulls need to defend the 1.1700 support level this week to encourage the notion that a rebound in the EURUSD pair can take place and avoid the EURUSD slipping back in a price range between the 1.1400 and 1.1600 levels.

If bulls can encourage a rebound in the EURUSD pair, then watch out for multi-day price stabilization above the 1.1845 area to give bulls the confidence to attack towards the 1.2000 level.

In my opinion the battle is going to be around the 1.1715 to 1.1800 area this week. If we see losses are gains either side of this price range, then it increases the likelihood of a directional move forming.

Sentiment towards the EURUSD, which traditionally is the most widely traded currency pair, remains largely bullish despite the big down move last week. I would suggest this is bad sign for short-term bulls.

The ActivTrader market sentiment tool shows that bullish sentiment is now at 65 percent, marking a 12 percent rise since last week. If the herd remains bullish watch out for more EURUSD losses.

The EURUSD pair is bearish on the lower time frames and is approaching extremely oversold technical conditions across a number of key indicators, such as the RSI and CCI indicators. 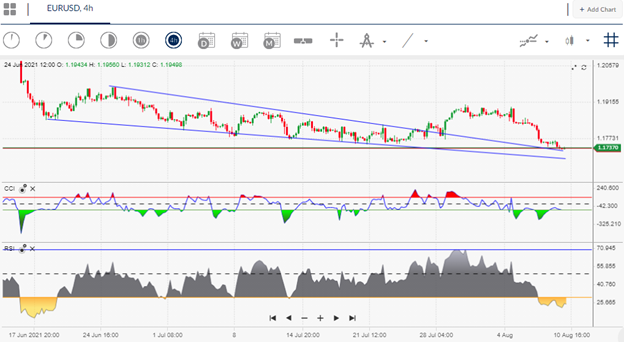 Looking at the daily time frame, a range break is close to taking place if bears can break the 1.1700 to 1.1715 support area, following last weeks big sell-off below the July swing-low.

EURUSD bulls looking for a high-risk swing trade may also try their luck around the 1.1700 to 1.1715 area in expectation of a major range break. 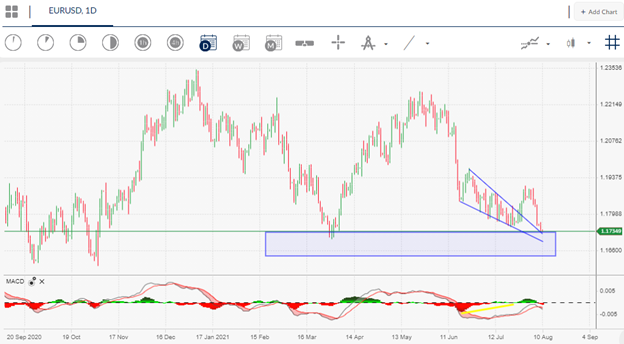 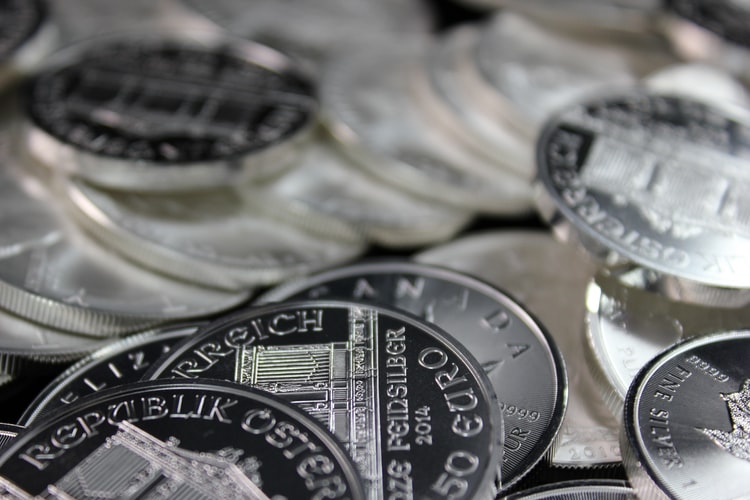