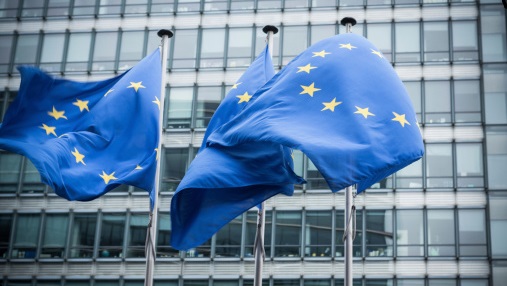 325
SHARES
7.6k
VIEWS
Share on FacebookShare on TwitterShare on WhatsApp

It was another robust session yesterday for US stock markets, with the S&P 500 gaining 0.3%, the Nasdaq 100 gaining 0.4% and the Dow remaining broadly flat, with the S&P 500 index surpassing 4450 for the first time and closing above 4460. Macro developments overnight have been thin and major US index futures have been mostly going sideways in pre-market trade. Volatility has been low, and traders have been complaining about “summer market conditions”. The next major catalyst for US equities is likely to be the Fed’s Jackson Hole event on the 26th-28th of this month, where some think the Fed might formally announce intentions to begin tapering its QE programme (most analysts expect this formal announcement to come in September, however, according to a recent Reuters poll). In the meantime, it seems likely that US equities will remain supported against the backdrop of a broadly strong earnings season and expectations for continued economic recovery in the US and easy financial conditions for the foreseeable future. The S&P 500 looks to be on course to end the week about 1.3% higher, with the index rallying in wake of US July CPI data on Wednesday which eased fringe concerns about runaway inflation (the MoM pace of headline and Core CPI both fell back substantially on the month).

Meanwhile, there has been a fair amount of focus on the impressive run higher witness in European equity markets in recent weeks. The pan-European Stoxx 600 index is up about 0.2% this morning in admittedly quiet trade but has nonetheless hit a record high for a 10th consecutive day. The last time the index posted a 10-day winning streak was back in 2006. Having crossed above the 475 level for the first time today, the index is on course to end the week up 1.0% on the week. That means the index will likely post a fourth consecutive week of gains during which time it has advanced nearly 5%. Those who had the initiative to buy a dip four weeks ago that saw the Stoxx 600 dip to the low 440s could already be as much as 7.5% up on those added longs. The impressive rally has been driven by a stronger than expected European earnings season as well as optimism that the path of the pandemic in the EU is on course to follow that of the UK (where the rate of spread of the delta Covid-19 variant has been slowing in recent weeks).

The recent run of gains in European equity markets marks a continuation of the historic rally since last March’s pandemic induced sell-off. The index is up over 75% from these lows. US bourses are sitting on even more impressive gains, with the S&P 500 index up more than 100% from the March 2020 low. Whilst most analysts are not turning out and out bearish given the underpinning of strong earnings in both the US and Europe, as well as expectations for a continued economic recovery driven by vaccine-rollout enabled reopening, some suspect the pace of gains ahead will be much slower. Paul O’Connor, head of multi-asset at Janus Henderson, said that the bank feels “a bit more cautious headed into autumn because of uncertainty on the health front, the Chinese regulatory front and the monetary policy front… The perception is we have passed the high point in terms of central bank generosity that has suppressed yields. We should expect higher nominal and real yields from here which should start to chip away at the highest valued parts of the markets -U.S. and tech”.

Turning to FX markets; things are pretty quiet and subdued amid the broad lack of fresh macro catalysts and amid ongoing thin summer liquidity conditions. The DXY is a little lower and heading back towards 92.80 having lost its grip on the 93.00 mark overnight. US yields have been on the back foot this morning, with 10-year yields down about 3bps and back below 1.35% and this seems to be weighing on the dollar, at least versus the low yielding Euro, Yen and Swiss Franc, the three of which are the G10 outperformers this morning and are up about 0.2% on the session versus the buck. A Reuters poll showed that two thirds of economists expect the Fed to formally announce plans to taper its asset purchase programme at the September meeting, after what seems likely to be a majority of FOMC members announced that they are in favour of beginning QE tapering within the next few months. Thus, the majority of market participants think that influential and dovish FOMC member Brainard, who said she wanted to wait until October before making any final decision on whether the US economy is ready for QE tapering, is in the minority at the bank. USD traders will be looking to the preliminary release of the University of Michigan Consumer Sentiment survey for the month of August at 1500BST, firstly for a timely update into the health of the US consumer as summer progresses and secondly for an update into consumer’s perceptions of inflation, which have risen sharply in recent months.

Elsewhere in G10 FX, AUD, GBP, NZD and CAD are all flat versus the buck on the day. Covid-19 infections in New South Wales (the state within which locked down city Sydney resides) continues to rise and hit a new record daily high of 390 on Friday. The state’s premier expects the uptrend to continue for at least a few more days. Australian markets are likely to remain on edge. Meanwhile, the number of new Covid-19 infections being reported in Japan also continues to rise to fresh record levels and surpassed 20K for the first time on Friday, though JPY is yet to show much concern.

Finally, taking a quick look at crude oil markets this morning; WTI and Brent are both modestly in the red, with the former down about a quarter of a percent and having fallen under the $69.00 level again, whilst the latter is down by a similar amount but remaining above $71.00 for now. Though crude oil markets did not see too much of a reaction to the release of the US Energy Information Agency (EIA), OPEC and International Energy Agency (IEA) monthly oil market reports, some are citing the IEA’s warnings about slowing oil demand growth yesterday as weighing on prices this morning. “The sudden about-face by the IEA has shaken nerves and capped the oil rally, bringing home the reality of the impact of the Delta variant” one analyst was quoted as saying in the financial press. These fears are being compounded after a number of influential banks, including JPM and Goldman Sachs, revealed that they had been revising lower their daily oil demand forecasts for August and September, which has subsequently put downward pressure on the expected size of the daily oil market supply deficit; Goldman Sachs now expect daily oil production to be 1M barrels per day below daily consumption in the near-term, down from previous calls for a market deficit of 2.3M barrels per day in the near term. Separately, a number of banks/prominent analysts have said that they do not expect calls this week from the White House for OPEC+ to increase oil production to have any impact on the cartel’s output policy going forward.

US Import and Export Price data for the month of July, scheduled for release at 1330BST, is unlikely to garner much market attention. The preliminary University of Michigan Consumer Sentiment survey may grab some more headlines, as detailed above. Otherwise, expect it to be a quiet end to the week amid a lack of Fed speak.

EURGBP traders at resistance are extremely optimistic of higher prices