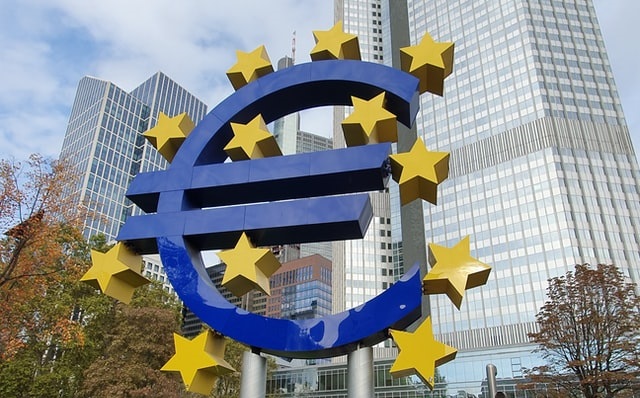 Photo by Nikolass Elena on Unsplash.

405
SHARES
12.6k
VIEWS
Share on FacebookShare on TwitterShare on WhatsApp 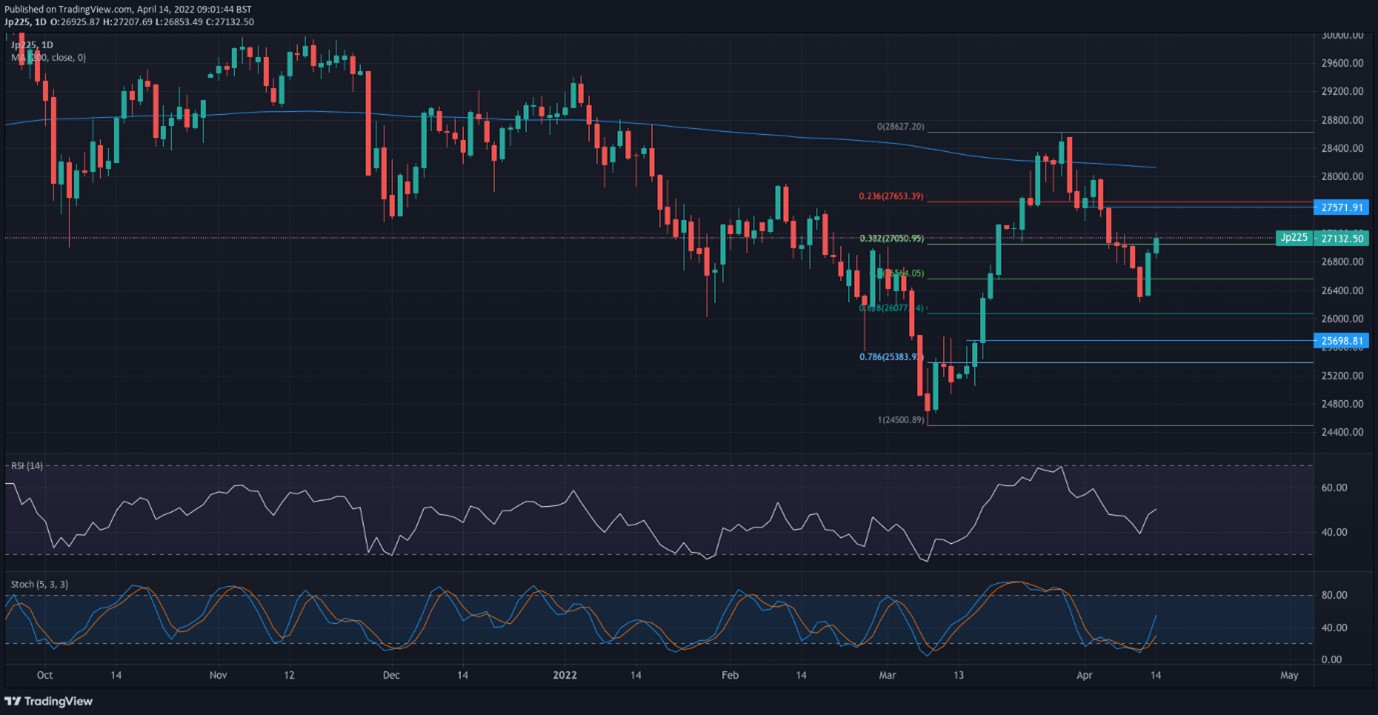 During the overnight session, the equities markets continued their path higher, following the bounce yesterday led by the US stocks. The Nikkei225, Shanghai Stock Exchange, and Hang Seng were up 1.22%, 1.22%, and 0.54% respectively at the London open. The rise comes on the back of the world’s largest chipmaker TSMC which had record earnings in Q1 and followed up with bullish forward guidance. Though the data out of China regarding foreign direct investment showed a dramatic drop, which is not good for their economy. The forex heatmap shows that the yen is currently the currency pair with the most flows into it whilst the Australian dollar is seeing flows out. Usually, that could signal a risk-off day meaning equities and riskier assets would come lower, but the overall heatmap picture is for an undecided London session.

The big focus today will be the European ECB deposit and Refinancing rate which are due to come in unchanged. Though there are growing expectations that the ECB will start to reduce its balance sheet, which if this happens, will be seen as the start of monetary tightening and the start of a change in policy. 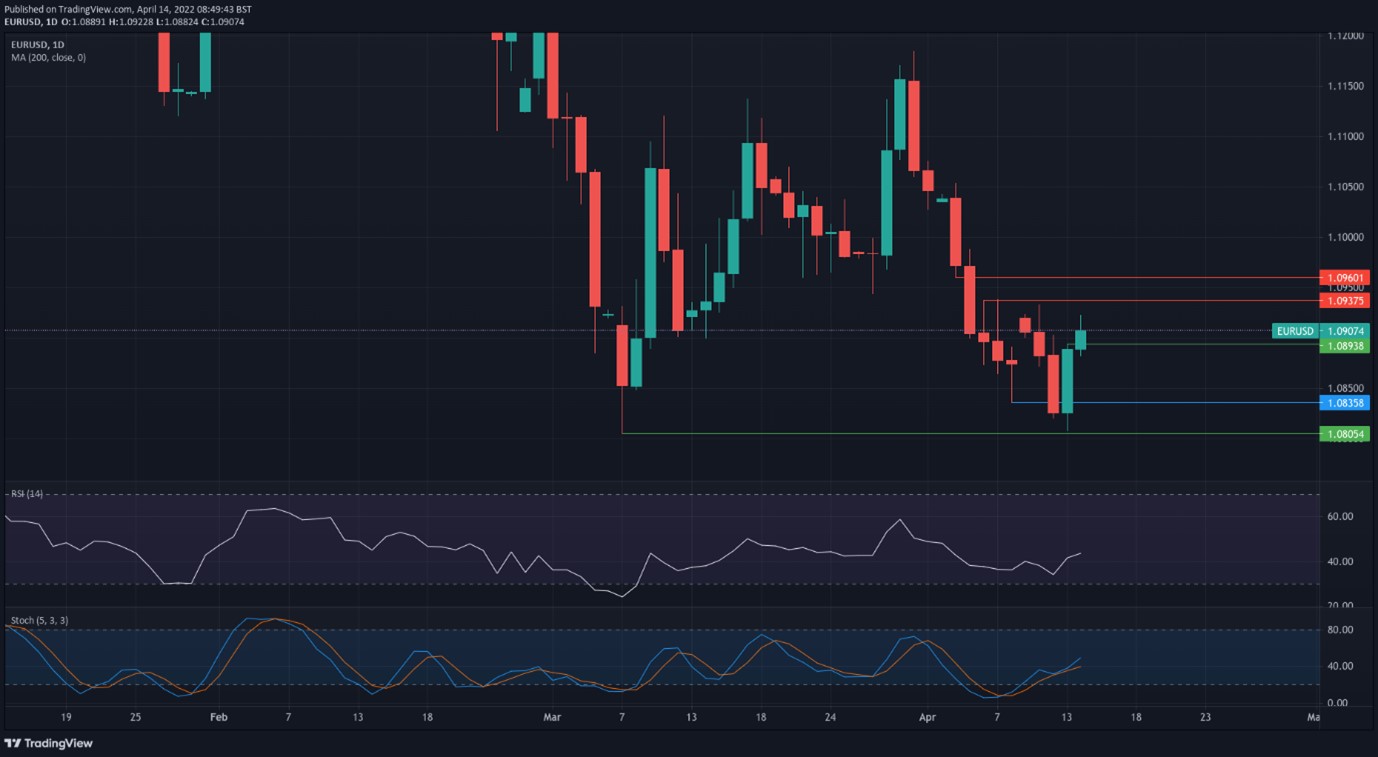 Most traders on the ActivTrader platform are long in their trading bias for the EURUSD, so I am looking for reasons to get short. The first reason would be the monetary policy divergence between the ECB and the Fed. The Fed is clearly in a rate hike cycle, which is going to get more aggressive in the near term. The momentum and price action in the EURUSD on the higher time frames is to the downside and I think that there will be a sweep at least of the 1.08054 swings low to stop the retail long position out.

Due to the nature of news, any sign of slightly more Hawkish rhetoric and I believe we’ll get prices driven higher, and as those prices advertise higher levels and a possible breakout/trend reversal, traders will have the rug pulled from underneath them. The double top around 1.09375 is the obvious draw and where the breakout traders will be caught out. The daily low from the 4th of April is where I see near-term resistance, and if my idea is to work, this level will have to hold. This is the base-case scenario but for those traders looking to get long, a break in market structure and the daily double top could be the catalyst for other short traders to take profits. In which case yesterday’s high at 1.08938 could become support and the short squeeze could travel back to the 1.1300 level. I am going to monitor these levels and then see how the market reacts and come back to trading next Tuesday after the bank holiday, thin volume markets.

In the overnight session, the Australian employment data showed unemployment stood at 4.0% in March. 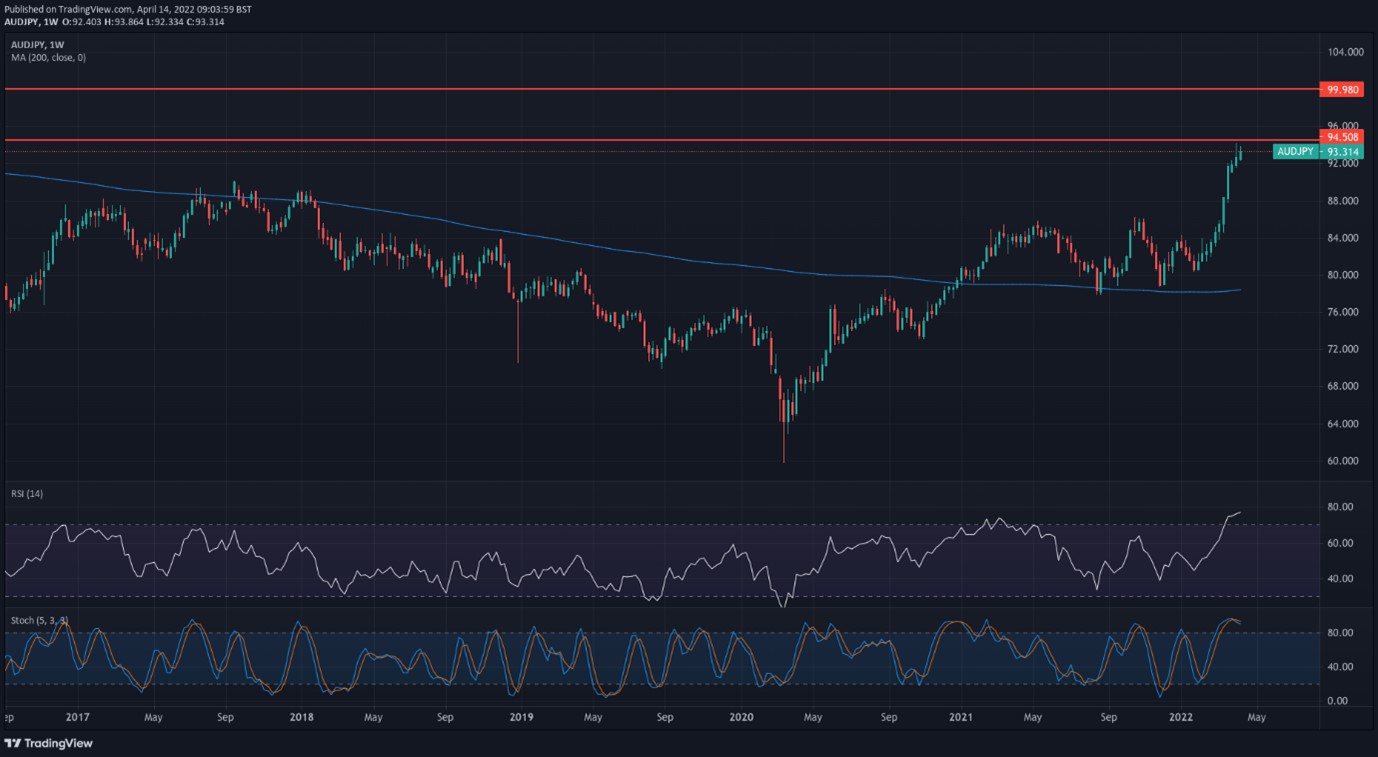 The AUDJPY is regarded as one of the best forex pairs for indicating whether we should be expecting higher prices in commodities and other risk assets like the equities. The AUDJPY is fast approaching some overhead weekly resistance and the stochastic and RSI are at overbought levels.

The AUDJPY sentiment indicator is showing an extreme number of retail traders looking at the exponential rise and overbought nature of the pair and trying to pick a top. This crowded trade could use the current momentum and accelerate higher as it takes out swing highs from as far back as 2015 & 2014.

ECB Day – Investors watch out for a rate decision 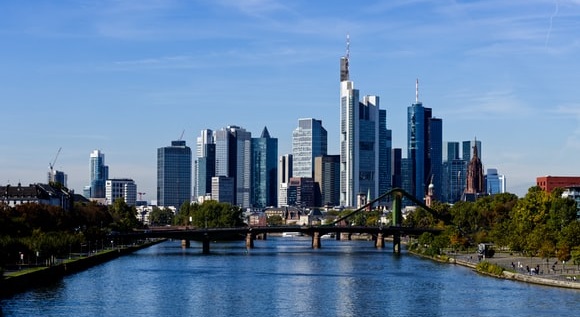 ECB Day - Investors watch out for a rate decision