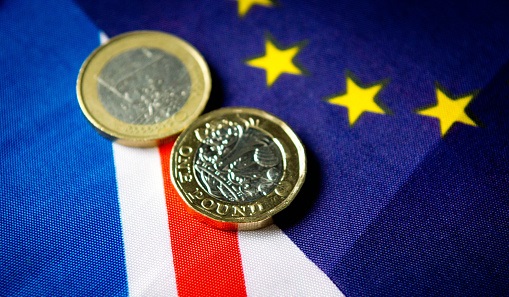 465
SHARES
16.4k
VIEWS
Share on FacebookShare on TwitterShare on WhatsApp

The EURGBP pair continues to retreat from its highest level since early 2021, around the 0.9300 level, after the British pound sunk on the foreign exchange market after the recent disastrous budget by the new UK Chancellor.

EURGBP pair has been consolidating between the 0.8600 to 0.8800 level. I still feel like we could see another test towards the 0.9000 resistance level again in the near-term.

Trading opportunities exists in the near-term if we start to see a rally back towards the 0.9000 level, it could again be seen as a potential shorting opportunity as EURGBP is overstretched.

It is also a fact that the EURGBP pair is in a bull trend again and has been trading above its 200-day moving average for the past few weeks, meaning that bulls are currently in control over the short and medium-term.

My only concern would be the Bank of England continues to hike rates to fight inflation and the ECB stays put. However, the ECB does have a mandate to keep inflation at 2 percent.

The ActivTrader platform shows that bearish sentiment is rising, with some 73 percent of traders now expecting more upside in the EURGBP pair despite the recent big drop from the 0.9300 level.

Overall, this should be bullish for the EURGBP pair because traders are typically on the wrong side of the trade. Most of the time fading retail sentiment works well for trading purposes.

The four-hour time frame shows that the EURGBP pair is technically bullish over the short-term with the price trading slightly above its key 200-period moving average, around the 0.87100 area.

Looking at bullish patterns, an inverted head and shoulders pattern has formed. This could hint at a restest of that 0.9000 very important technical area. 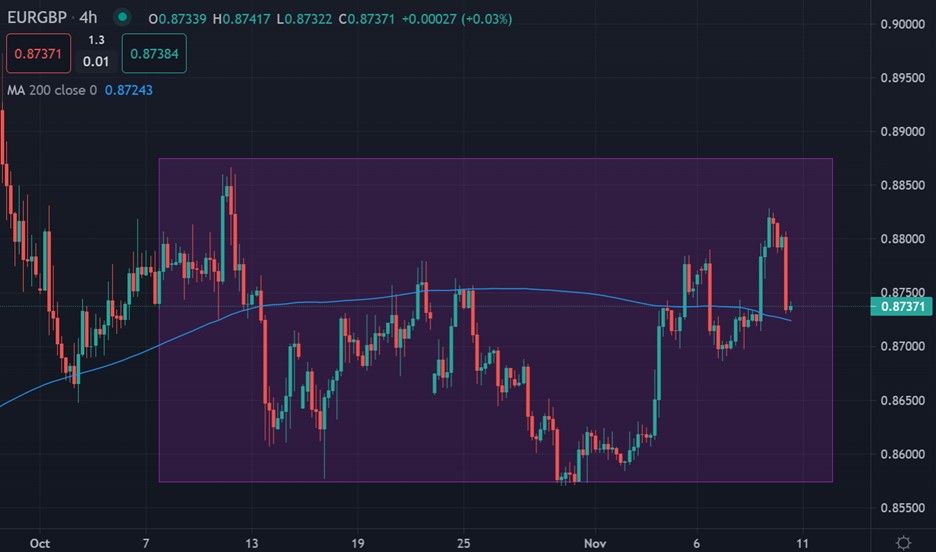 The daily time frame shows that the EURGBP pair has recently made a new multi-year higher high and has now formed a huge head and shoulders price pattern.

According to the overall size of the bearish price pattern the EURGBP pair has made a major top already and could be preparing to drop anytime soon. 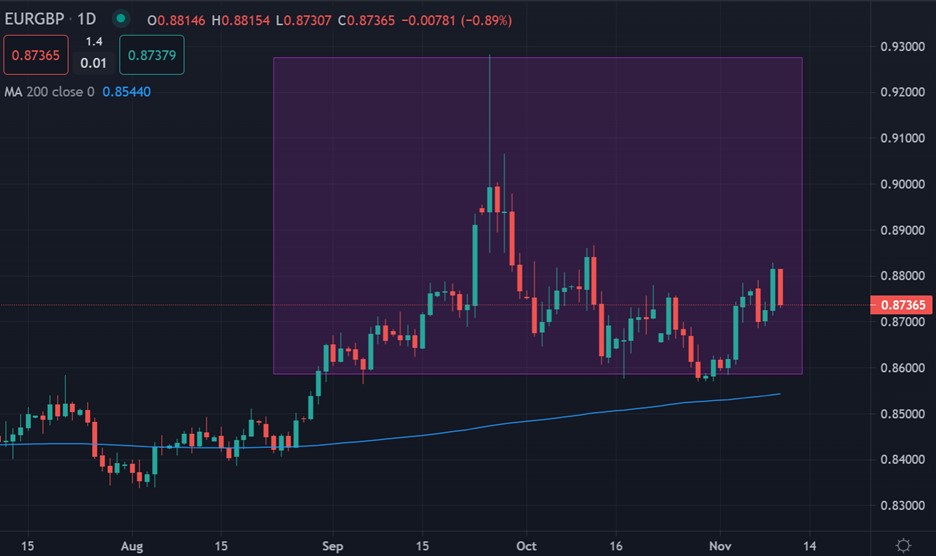 Midday Brief – US CPI day Upon Us 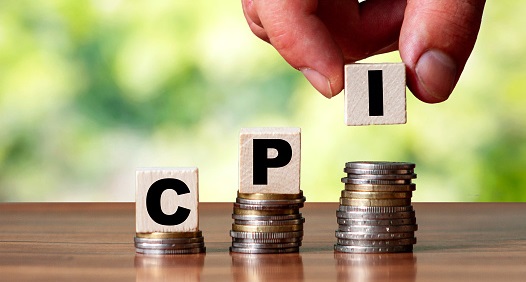 Midday Brief - US CPI day Upon Us