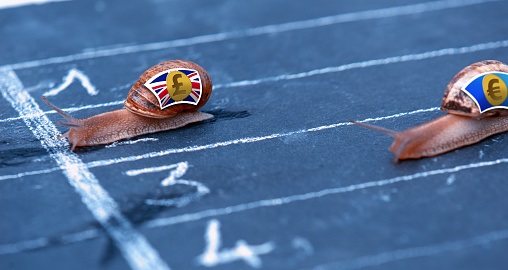 471
SHARES
14.6k
VIEWS
Share on FacebookShare on TwitterShare on WhatsApp

The EURGBP pair has started to push higher after reports that the European Central Bank policymakers are considering raising interest rates by a bigger-than-expected rate hike.

Buying accelerated towards the single currency after the report suggested that a 50 basis points is going to happen at their next official ECB meeting on Thursday to tame record-high inflation.

Recently the EURGBP pair has been creeping higher against the British pound due to problems with the United Kingdom economy and also the ongoing political uncertainty after PM Boris Johnson’s announced he will be stepping down.

Most traders are expecting that due to the ongoing energy crisis in Europe and especially Germany that weakness could persist in the euro currency. However, there is still scoped to run higher if the ECB act aggressively.

According to the technicals a run towards the 0.8600 resistance level could be on the cards for the EURGBP pairs due to the building bullish momentum and breakout above the 200-day moving average.

The ActivTrader platform shows that bearish sentiment is rising, with some 58 percent of traders still expecting more downside in the EURGBP pair.

Overall, we should expect more upside in the EURGBP pair, and the pair to move close to the 0.8300 to 0.8200 area over the coming weeks.

The four-hour time frame shows that the EURGBP pair is technically bearish over the short-term with the price trading slightly below its key 200-period moving average, around the 0.8550 area.

A bullish inverted head and shoulders pattern has recently been ignited which is projecting a move towards the 0.8600 is more likely than not going to happen. 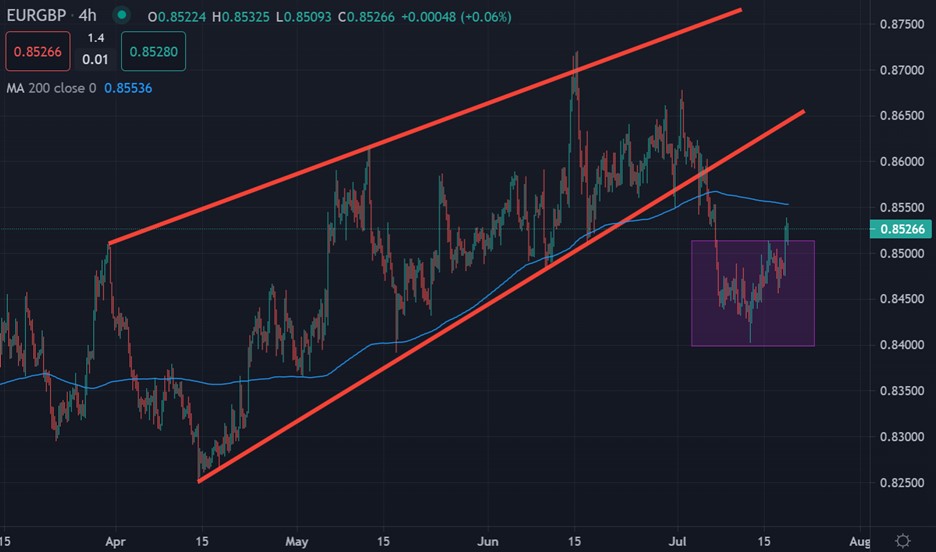 The daily time frame shows that the EURGBP pair is starting to settle into a much higher trading range after staging a multi-day breakout above its 200-day moving average..

I can also see a large broadening inverted head and shoulders pattern could be forming. However, it does look like we could see a slow drift towards the neckline of the pattern, around the 0.8700 area.

Due to the structure of the pattern and large base of the right shoulder, this could take some time to develop before lift-off commences. 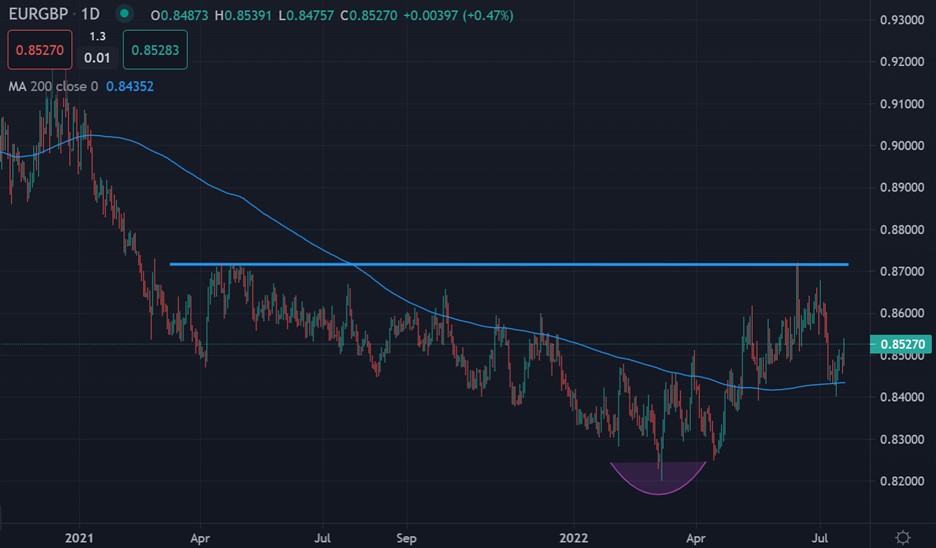