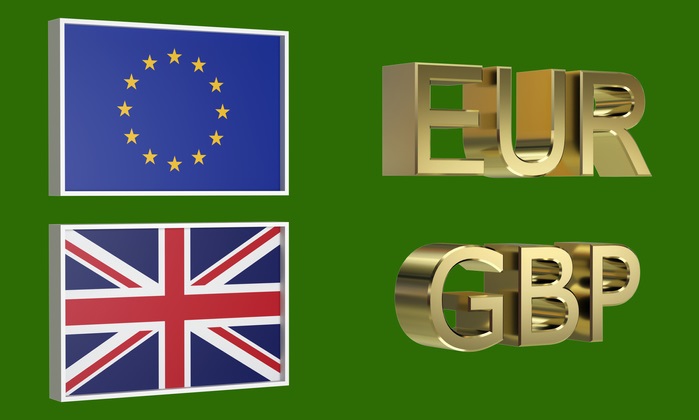 415
SHARES
17.4k
VIEWS
Share on FacebookShare on TwitterShare on WhatsApp

The EURGBP pair is rising back above the 0.8900 level after this week’s PMI data from the United Kingdom economy stoked fears that the UK could be headed into a deep recession.

Data on Tuesday showed that UK Manufacturing PMI increased to 46.7 in January of 2023 from 45.3 in December, beating market forecasts of 45.5. Still, the overall weakness of the number caused a drop in the pound.

However, manufacturing production decreased considerably, but the rate of contraction was the least marked since July of 2022. At the same time, staffing levels were cut and manufacturers experienced a slowdown in input cost inflation, with the latest reading the weakest since October of 2020.

Importantly, the UK Services PMI fell to 48 in January of 2022 from 49.9 in December, the lowest in two years and missing market expectations of 49.7, preliminary estimates showed.

The EURGBP pair obviously work in a way in which broad based pound weakness benefits the euro. This is due to the close trade relationship between the two economies.

Sentiment metrics are highly suggesting that a breakout is ongoing as a clear majority of traders are stacked short against the EURGBP pair.

The ActivTrader platform shows that bearish sentiment is rising, with some 81 percent of traders now expecting more downside in the EURGBP pair despite the recent rise from the 0.8700 level.

Overall, this is still bullish for the EURGBP pair because traders are typically on the wrong side of the trade. Most of the time fading retail sentiment works well for trading purposes.

The four-hour time frame shows that the EURGBP pair is technically bullish over the short-term with the price trading slightly above its key 200-period moving average, around the 0.88800 area.

Looking at patterns, a large wedge pattern has formed. This could hint at a restest of that 0.8900 very important technical area. Failure there and a move to 0.8750 seems likely, while a breakout could inspire a test of 0.9000 quite easily. 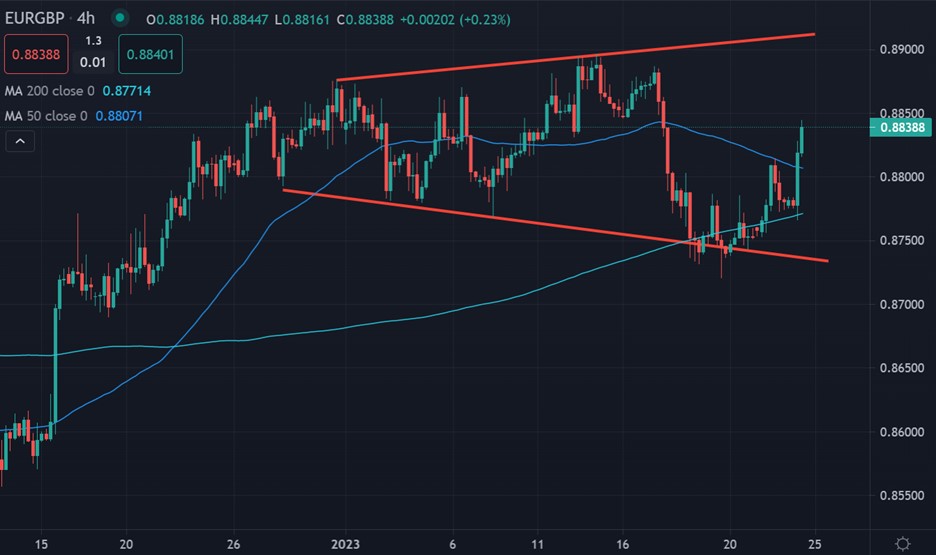 The daily time frame shows that the EURGBP pair has recently moved higher at the upper end of its daily range and is now looking at testing the 0.9000 handle.

According to technical analysis very little resistance stands above the 0.9000 level with the 0.9080 and 0.9300 levels the major technical obstacles ahead. 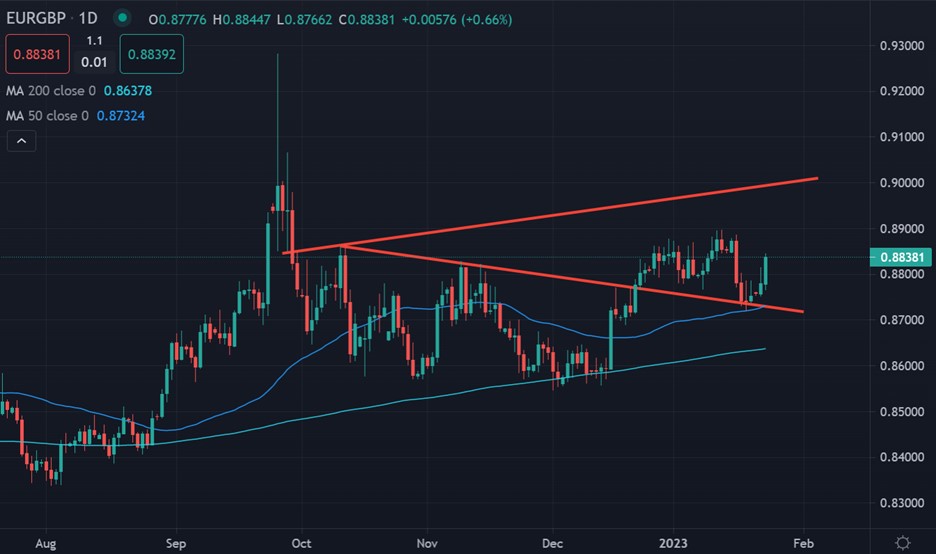 Midday brief – Sentiment dampens ahead of the central banks line up 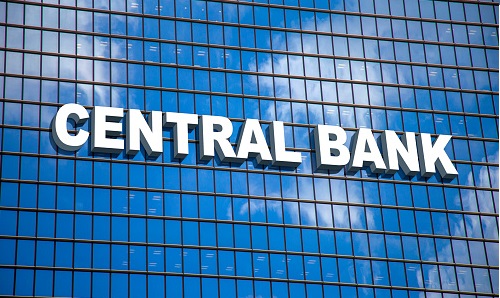 Midday brief - Sentiment dampens ahead of the central banks line up