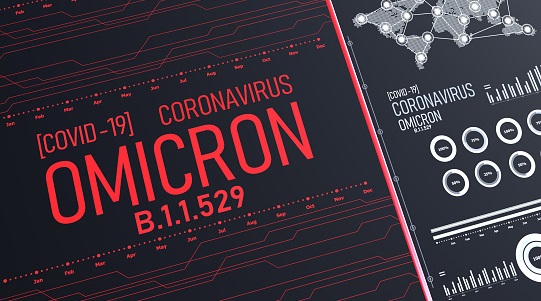 453
SHARES
9.7k
VIEWS
Share on FacebookShare on TwitterShare on WhatsApp

In 2013 we had the infamous Taper Tantrum which refers to the panic-triggered market sell-off in risk assets as there was a surge in the US Treasury yields. This was caused by the Federal Reserve announcing that they would slowly be putting the brakes on the Quantitative Easing program and letting assets roll off the balance sheet automatically. Today’s sell-off in the equities markets is investors expressing fears that the world is walking into another global shutdown. However, last week we did learn that the idea behind finishing the Fed’s US Treasury Taper by March 2022, would be to leave a higher probability chance that the Fed could raise interest rates then.

Whilst there is very little scheduled news out today that would be considered market moving, the market downside and risk-off sentiment stem from the Omicron variant pushing the Netherlands into a month lockdown. It has also caused Germany and France to restrict the movement of people between Europe and the UK.

Also of note last week, Senator Manchin extinguished the Biden/Harris Build Back Better Act in its present form. Thus, it is possible that increased flows from the US government to the economy may not increase at the pace investors anticipated, and this would be seen as a negative for corporate profits in 2022. 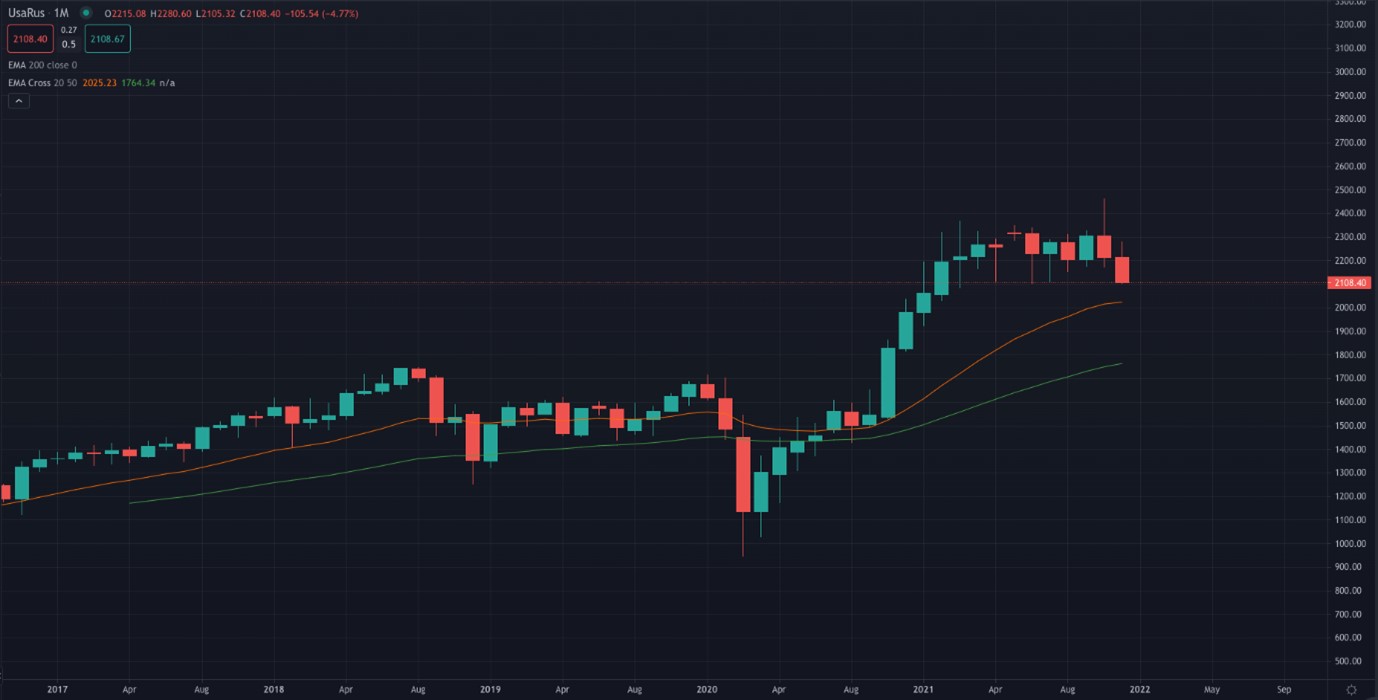 Last week I highlighted the Russel 2000 as a potential ‘Canary In The Coal Mine’ signal. As the small caps have been known to lead the large caps into big market-moving events. I also watch the Eurodollar yield curve as that is based on the largest most sophisticated markets with the deepest liquidity and is also a bell-weather for when problems may occur. An inverted yield curve in the Eurodollar futures signals a broader global problem. The DAX dropped 100 points in a minute during today’s session and is currently down -1.99% at the London close, with the US Dow Jones Industrial Average also down heavily by -1.83%. 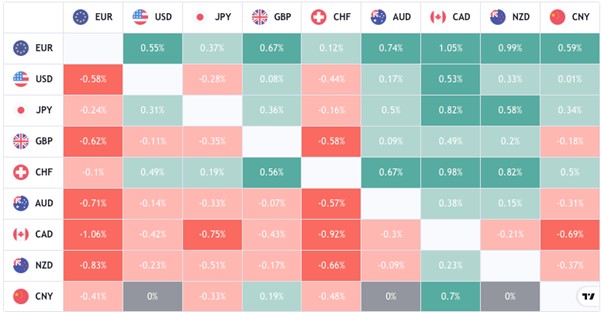 Looking at the forex heatmap the signal is clearly for a risk-off day as the commodity pairs are red and the safe-haven yen and Swiss franc are green across most of their peers. The euro is also benefiting today as there was a bounce in Euro bond yields. 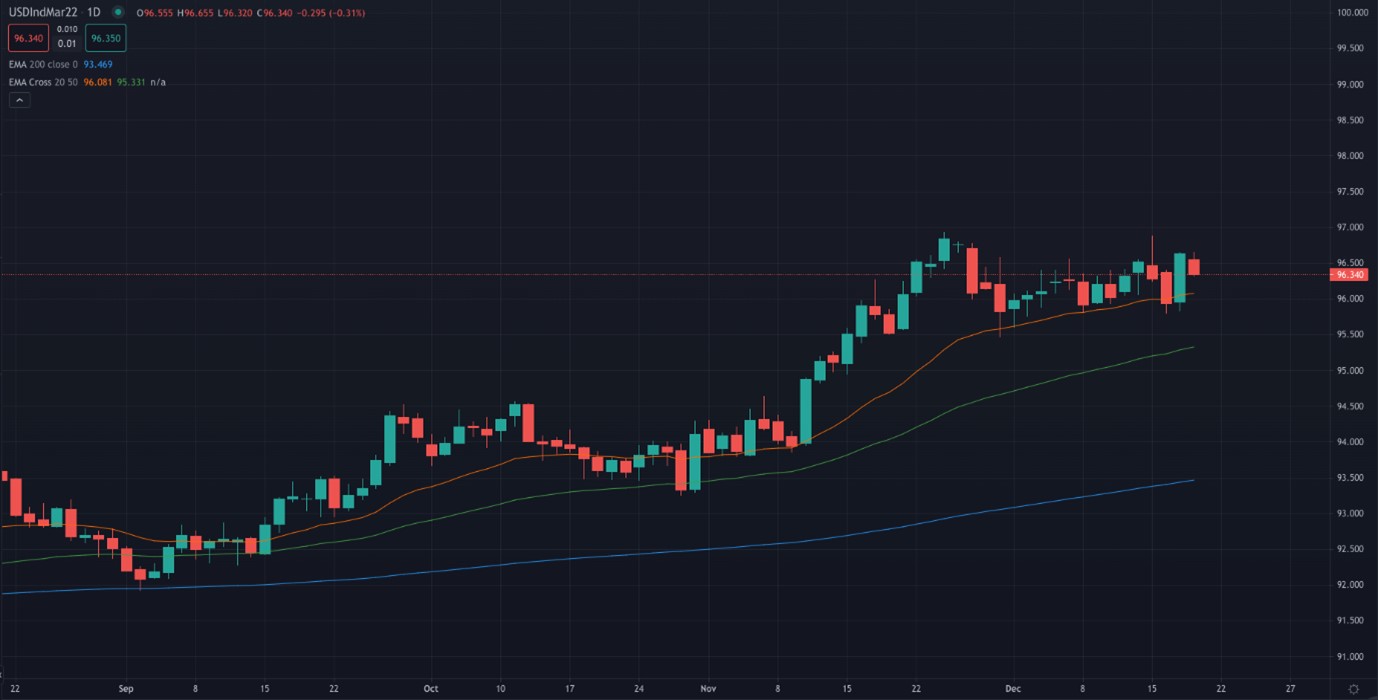 The US dollar index itself is affected by the direction of the euro more so than any other of the currencies within the index, so we are seeing a slight move lower in the DXY. But overall, the trend for the dollar index is higher with the daily 20, 50, and 200 EMAs all pointing to continued momentum to the upside. 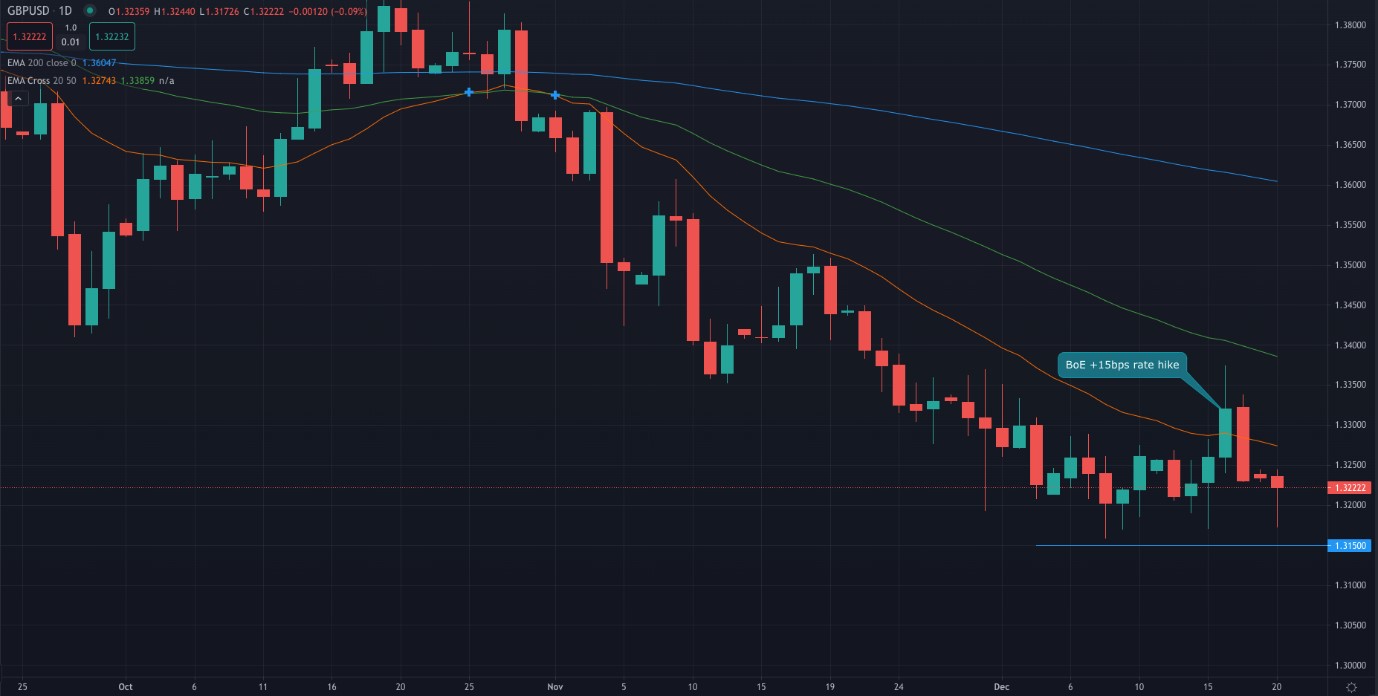 The pound has traded back down to the range lows that had preceded the Bank of England rate hike announcement, which is a signal that the markets don’t believe the rate hike cycle has legs whilst the Omicron variant is potentially putting the UK into a bad place in the new year. A break lower than 1.3150 will open up much lower prices but currently, the bulls are doing their best to defend that level. 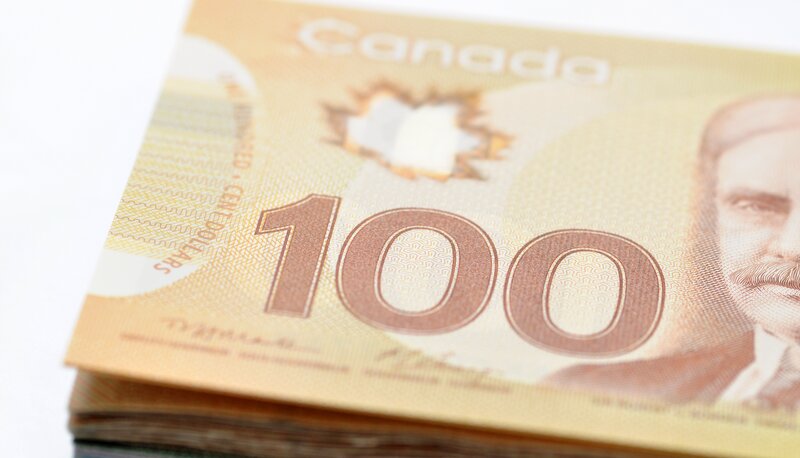