365
SHARES
8.9k
VIEWS
Share on FacebookShare on TwitterShare on WhatsApp

It’s been reported that Fed Board of Governors member Lael Brainard was recently interviewed for the post of Fed Chair. Brainard and current Fed Chair Jerome Powell were both recently seen at the White House. The implied odds of Brainard securing the nomination have risen sharply as a result according to the Predictit political betting website; to win $1, you must now bet 30 cents, versus 21 cents yesterday. Powell’s odds of securing renomination have subsequently dropped sharply; to win $1, you must now only bet 69 cents versus 80 cents yesterday. A Brainard nomination would be seen as a dovish shift in Fed leadership. In other Fed news, fellow governor Randall Quarles announced that he would resign before the year’s end. There are also some questions over whether Richard Clarida, current Vice Chair of the Fed, will be renominated in January. According to Fed watchers, Biden has an opportunity to “remake” the Fed in the coming months.

In other news, Brexit remains in the headlines. The French Secretary of State for European Affairs Bureau reiterated that a solution must be found for French fishermen locked out of UK waters, suggesting that talks on the fishing issue remain some way from finding a solution, while reports on social median suggested that the EU is preparing retaliatory measures against the UK if it triggers Article 16 of the Northern Ireland protocol, which will be presented to UK Brexit minister Frost by the end of the week as a deterrent.

Equities remain broadly support close to record levels. S&P 500 futures are just under 4700, after the index closed above this level for the first time ever, marking an eighth consecutive record closing high. The Nasdaq 100 is enjoying lower yields, with futures up 0.2% this morning and close to record levels in the 16.3-16.4K region. European equities are also faring well, with the Stoxx 600 this morning up 0.2% probing record intra-day highs at 485. Low and falling real yields amid expectations for long-term supportive monetary policy conditions has been underpinning stocks in recent session, as has the generally strong tone of the Q3 earnings season which is now drawing to a close. Fed policy is seen as on autopilot now until the end of 2021 (given the QE taper has been announced), so eyes will be on the data for any potential policy shifts in 2022. That means this week’s US inflation metrics will be the most important thing to watch.

After popping higher yesterday, US nominal bond have reversed and are heading lower on Tuesday. 2-year yields are currently down about 2bps to the low 0.40s% and 10-year yields are down closer to 3bps to just above 1.45%. The move higher yesterday was driven by rising inflation expectations, which were able to outweigh a move lower in real yields. This morning, inflation expectations have held steady, but real yields continue to decline, pulling nominal yields lower. For reference, the US 10-year TIPS yield is down another 5bps this morning to under -1.15% and is eyeing a test of record lows just under -1.20%. Inflation data later in the week has the potential to weigh even more on real yields, if it pushes inflation expectations higher (as long as it is not deemed as significantly increasing the odds of a hawkish Fed shift in early 2022). Yields in Europe are also on the back foot, with German 10-year yields close to multi-week lows and German 10-year real yields hitting fresh record lows under -2.05% this morning.

Crude oil markets are subdued this morning, with WTI just above $82.00 per barrel, amid the broadly subdued macro tone and ahead of key crude oil relevant events later in the session, which include the release of private weekly inventory numbers at 2130GMT and, prior to that, the release of the monthly US EIA Short-Term Energy Outlook (STEO) at 1700GMT. The main uncertainty for oil markets right now is on what measures the Biden administration might take to address high prices. Whilst an announced might weigh on prices in the short run, most analysts suspect the supportive macro-backdrop to remain, as global supply continues to undershoot global demand by at least a few million barrels per day thanks to continued output cuts from OPEC+.

The DXY is a tad lower this morning amid a lack of any notable fresh macro catalysts. Arguable, Fed speak on Monday was dovish slanting (the commentary on when rates hikes might come from Clarida and Evans was more dovish than STIR market positioning), but the dollar is more focused on who gets nominated as Fed chair right now. The euro has seen very little reaction to broadly as expected German and French trade figures, as well as a mixed German ZEW report that saw economic sentiment unexpectedly rise MoM, but the assessment of current conditions drop more than expected MoM. EURUSD is this morning flat and within recent ranges just under 1.1600. Sterling was unreactive yesterday to more comments from BoE Bailey, who reiterated previous comments such as the bank being prepared to lift rates if it sees medium-term inflation expectations come under threat. GBPUSD continues to recover recent lost ground and is now close to the 1.3600 level again, as Brexit concerns are brushed off for now. JPY is the best G10 performer this morning, benefitting as US yields come back under pressure after yesterday’s rise. Otherwise, G10 currency markets are broadly flat this morning.

ECB President Lagarde is slated to speak from 1300GMT and is unlikely to deviate significantly from the stance established at the last ECB meeting that inflation is seen as transitory and rate hikes remain a long way off. The main event of the day is the release of US October PPI data at 1330GMT. Fed Chair Jerome Powell is scheduled to speak on diversity at 1400GMT, as is hawkish ECB member Klaas Knot. There are then remarks from ECB’s Schnabel and BoE’s Bailey at a panel on inequality at 1600GMT, Fed’s Daly at 1635GMT and BoC’s Beaudry at 1710GMT. There is also set to be more focus than usual on the US EIA’s monthly Short-Term Energy Outlook report, which is slated for release at 1700GMT, given that the Biden administration reportedly wants to assess the report before making any final decisions about how to respond to the recent rise in gas prices and OPEC+’s refusal to increase output at an accelerated pace last week. 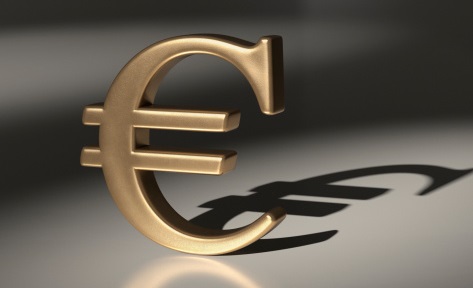