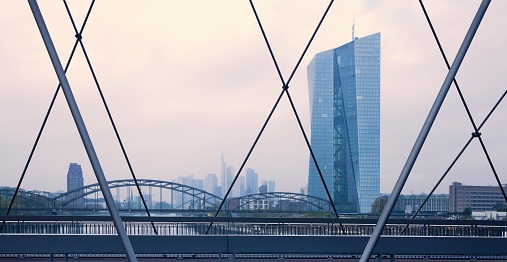 345
SHARES
8.8k
VIEWS
Share on FacebookShare on TwitterShare on WhatsApp

A few minutes ago the ECB released its latest monetary policy decision and, as many analysts had suspected, chose to buy bonds under its Pandemic Emergency Purchase Programme (PEPP) at a slightly slower pace over the coming quarter than the EUR 80B per month rate it bought bonds at over the last two quarters. In its statement, the bank justified this decision to moderately slow the pace of bond buying by saying “the Governing Council judges that favourable financing conditions can be maintained with a moderately lower pace of net asset purchases”. The PEPP is set to expire in March 2022 and, by opting to buy assets at a slightly slower pace over the coming months, the bank is unlikely to use up the full EUR 1.85T remit of the programme. Other policy settings were left on hold, with the deposit rate left unchanged at -0.5% and the pre-pandemic Asset Purchase Programme left to continue running at a pace of EUR 20B per month.

The EUR has seen modest strength in response to the ECB’s decision to reduce the pace of PEPP purchases, with EURUSD currently at highs of the day around 1.1840, up from overnight lows around 1.1810. This perhaps reflects the fact that some market participants had been expecting the bank to leave the pace of purchases unchanged. Given the recent dovish shift in the ECB’s inflation target, maintaining asset purchases at a higher rate would add credibility to this strategy shift, some analysts had reasoned. Sentiment in European and global stock markets appear to have derived a modest boost from the slightly more dovish than expected ECB outcome; the Stoxx 600 jumped from the 465s to around 467 but remains lower by about 0.2% on the session owing to the already downbeat tone to global risk appetite heading into today’s ECB meeting. Indeed, most major Asian equity bourses sustained heavy losses overnight amid what market commentators touted as a combination of fears about near-term economic growth, major central banks pressing ahead with taper plans and further regulatory hawkishness from Chinese officials, who last night summoned gaming companies to essentially give them a good telling off and threaten punishment if they fail to implement the latest regulations, whilst also doubling down on recent crackdowns on ride-hailing companies and private tuition.

As a result, major US index futures are set to open modestly in the red this morning, though dovish ECB vibes have helped push S&P 500 futures above the 4500 level again. Downbeat sentiment in global equity markets appears to be offsetting any hawkish ECB vibes as far as European government bond markets are concerned; German 10-year yields, at least, have been going sideways in recent trade in the -0.42% area, hardly changed since Wednesday morning. Similarly, US bond markets are also subdued, with the 10-year US yield flat around 1.34%, though off earlier lows under 1.32% (moving off lows in tandem with the ECB-spurred recovery in stocks). In FX markets, the picture is looking more risk appetite friendly and the US dollar is the weakest of the bunch, with the DXY having now fallen back under the 92.50 mark. The index has now unwound all of yesterday’s post-labour market data upside (which saw the DXY almost spike as high as 93.00) and some. For reference, the latest JOLTs Job Openings numbers unexpectedly showed another rise in total job openings in the US to record highs of just shy of 11M – job openings remain well above the total number of unemployed persons in the US, indicating that ongoing labour market weakness is more being driven by supply-side weakness rather than on the demand side, something FOMC official Bullard was speaking about earlier in the week and citing as justification for a prompt taper of QE purchases. On the topic of FOMC speak, the rhetoric from FOMC speakers yesterday was broadly in line with expectations; influential FOMC member and NY Fed President John Williams pretty much-repeated remarks from Fed Chair Powell word for word, saying it could be appropriate to begin a tapering of QE purchases later this year and that the timeline of tapering would not be automatically linked to any subsequent rate hikes. Hawkish FOMC member Kaplan, meanwhile, reiterated his support for a QE taper beginning next month, despite revising down slightly his GDP growth forecast for this year. Kaplan’s downwards GDP growth forecast revision was in line with the tone of the Fed’s Beige Book (also released yesterday); the survey noted that economic growth had slowed in early July and into August, largely due to a pullback in activity in the hospitality and leisure sectors amid rising concerns about higher Covid-19 infections rates, themes which are already well documented in business and consumer sentiment surveys for July and August.

Elsewhere in G10 FX markets, the Loonie isn’t performing too great and is only up about 0.1% versus the buck. Yesterday’s Bank of Canada meeting delivered few surprises and appeared not to have too much of a lasting impact on the Loonie; the bank opted not to press ahead with further QE tapering (asset purchases currently run at a rate of CAD 2B per week) as expected and interest rates were held at just above zero. The bank made a nod to recent worse than expected GDP data for Q2 and July, as well as to heightened delta variant Covid-19 risks, but remained optimistic that the economy will rebound strongly in H2 this year and the outlook (amid a high Canadian vaccination rate) remains strongly positive. Analysts suspect this keeps further QE tapering on the table for the October meeting and BoC optimism may act as a supportive factor for the Loonie looking ahead. However, BoC related gains may have to wait given that election uncertainty is set to remain high until the parliamentary elections at the end of the month, with PM Trudeau now not expected to be able to secure his much-craved majority and, according to the latest polls, a strong chance that some sort of Conservative coalition might be formed.

GBP, meanwhile, is the best G10 performer, up about 0.5% with GBPUSD pushing back above 1.3800 this morning and on towards 1.3850, boosted amid recent ECB related EUR strength; comments from BoE Monetary Policy Committee (MPC) officials yesterday, who were testifying before the UK Parliament Treasury Select Committee, left market participants feeling somewhat confused; officials including Governor Bailey said he thinks the minimum necessary conditions for rate hikes had now been met, but not yet the sufficient conditions – this appears not to have been interpreted as a call for imminent rate hikes, but rather an endorsement of the BoE’s current guidance that it sees rate hikes within its forecast horizon (markets are currently pricing the first hike to come within the next 12-months). Bailey said that the MPC was split 4-4 over whether minimum conditions for a rate hike had yet been met, and Broadbent and Ramsden revealed themselves to be in the camp alongside Bailey (i.e. thinking minimum conditions had been met), while Tenreyro revealed herself to be in the latter camp (minimum conditions not yet met). It was all a little confusing and seems not to have much of a lasting impact on GBP. There was arguably more focus yesterday on the government’s NI take hike (1.25% on employees and 1.25% on employers to a total of 2.5% to help fund the NHS and social care services), which easily passed parliament with a vote split of 318 in favour and 248 against. After an initial reaction of concern from some analysts that a tax hike right now could slow the UK’s recovery, other analysts have played down the economic impact, saying that, overall, UK fiscal policy remains highly stimulative net-net. This is in line with the opinion of BoE’s Broadbent, who yesterday said the tax hike did not amount to significant fiscal tightening.

NZD is another one of the best performing currencies amid ongoing optimism that the RBNZ is on course for a rate hike in October (IOS markets currently price a rate hike with 100% uncertainty) as lockdowns are eased in New Zealand outside of Auckland. The news out of Australia is somewhat more mixed depending on how one sees things; New South Wales appears to have officially abandoned its zero Covid-19 policy with the announcement by the state’s premier overnight that the country can start to ease lockdowns once the vaccination rate hits 70% (expected by mid-October), rather than to do with any infection rate targets. As we know from the experience in the UK, EU and USA, a high vaccination rate does not mean that infections cannot continue to rise exponentially, something which may well happen in NSW. That will result in a high death toll amongst the unvaccinated, something the Australian’s haven’t really witnessed yet this pandemic, meaning lockdowns will likely remain on the table, keeping the Australian economic outlook cloudy. Payroll data out last night for the first half of August also pointed to a sharp drop in employment in New South Wales, potentially weighing on the Aussie and jobs data next week is likely to be ugly.

Attention now turns to the post-ECB policy decision press conference with ECB President Christine Lagarde, which begins at 1330BST. At the same time, US weekly jobless claims data will be released. We will then have some more Feds speak, comments from BoC Governor Tiff Macklem and weekly EIA Inventory data out in the afternoon, so the pace of news flow is likely to remain quite busy.

The markets turn risk-averse after the ECB reduce the PEPP 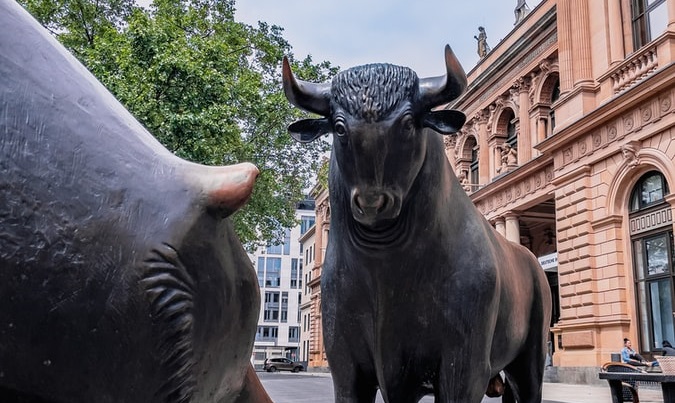 The markets turn risk-averse after the ECB reduce the PEPP