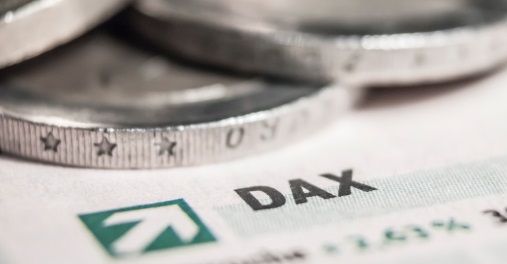 416
SHARES
13.1k
VIEWS
Share on FacebookShare on TwitterShare on WhatsApp 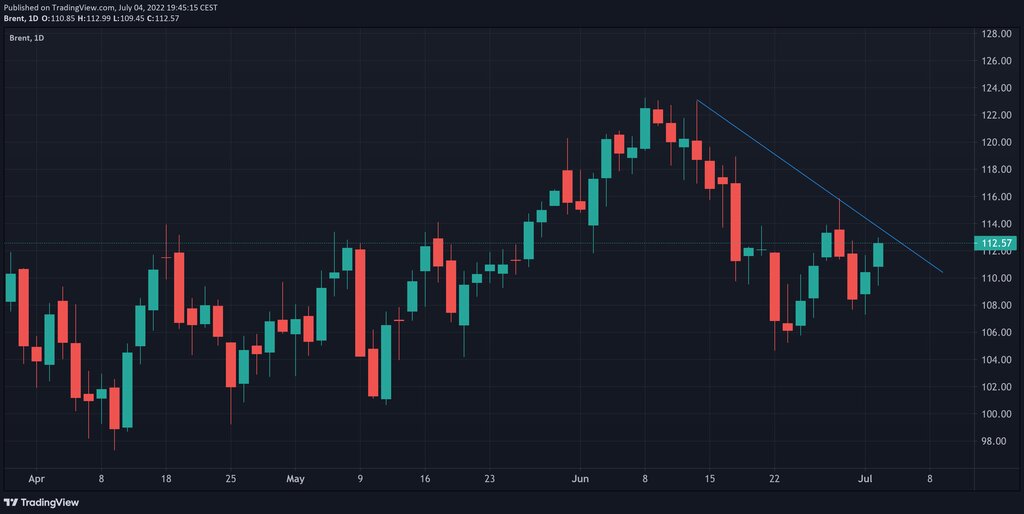 It was a relatively quiet market due to the USA 4th of July bank holiday and a relatively low volume of scheduled economic data, but the FTSE100 capitalised on the rising oil producer stocks within the index, brought on by a surge in oil prices as global supply worries moved the energy markets. A fully traded market may see the oil futures collapse on recession worries but we won’t know until the US traders return to their desks tomorrow. The FTSE could also be rocked by news out of the Bank of England this week as Governor Bailey and the release of the central banks Financial Stability report will be on the agenda tomorrow. 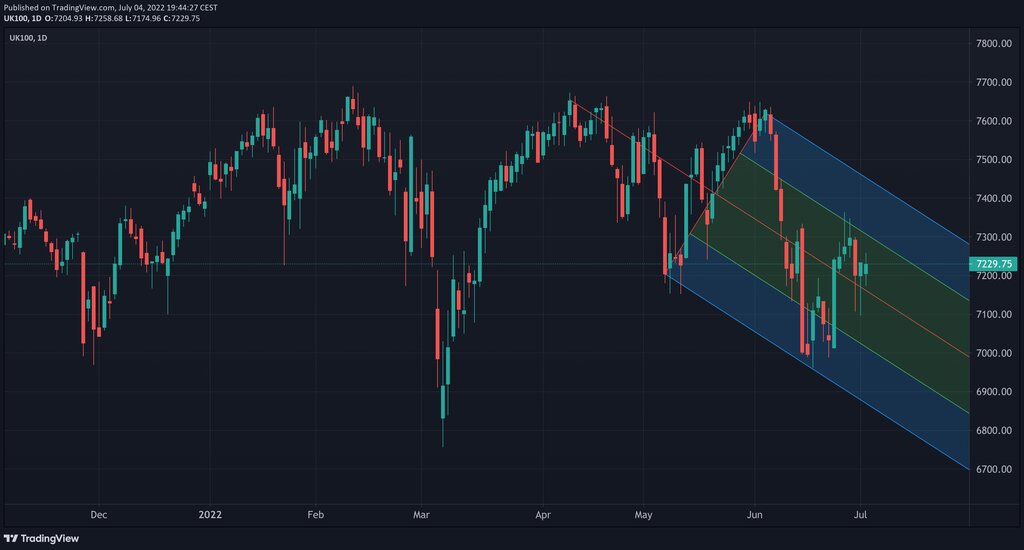 The FTSE100 is currently trading above Fridays high but could be finding resistance at last Wednesdays low as the market has now backfilled the big drop down on Thursday. The market structure is currently bullish as the most recent daily swing highs and lows are higher. A break and close below Fridays low would most probably see the FTSE100 testing the 7000 level once more.

The DAX short trade that we entered had reached TP1 as the London session ended, meaning I have been able to get the Stop Loss to breakeven on the partial position left on into the overnight session. The German bourse was unable to hold on to its early gains and I said in the video this morning that I felt it could have been a false break of Fridays highs. There have been a couple of ECB members talking (Nagel & de Guindos) throughout today, which have evidently done nothing to appease the European traders who are concerned that the Southern European countries will be supported rather than the ECB tackling inflation head on.

If the DAX continues to weaken the original target would be to sweep last Fridays lows which happen to be relatively equal to last Thursday too. Resting orders under two daily lows that have acted as support is a favourite for the market makers and algos to sweep when looking for liquidity. 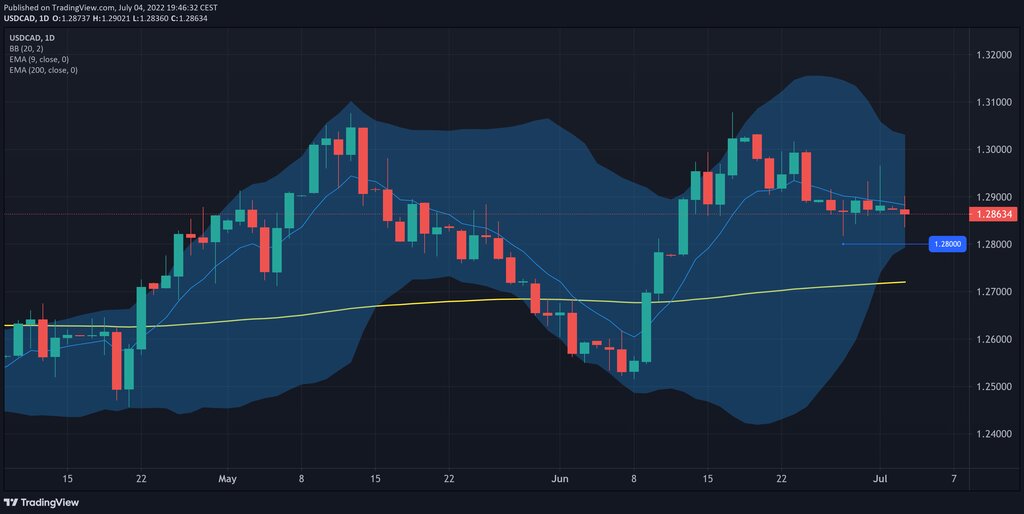 The push higher in the energy markets has also lifted the Canadian dollar with the USDCAD moving ahead of the expected Bank of Canada’s continued rate hike cycle. The BoC’s Q2 Business Outlook Survey showed concern over near-term inflation, which is expected to increase and push higher. Businesses are concerned that wage and price increases will add to input & output prices, which are already suffering due to supply chain issues. The USDCAD is trading within the 1.2900 to 1.2850 range and has been treading water for 6 days. The imbalance down towards the 1.2500 looks like the path of least resistance with 1.2550 a great place to put a speculative short take profit order in. Should the market flip and push higher there is also a very tempting double top at 1.3100 which will hold some resting orders too. It will be best to wait for the data cycle to start moving the market with breakout traders most probably initiating shorts at 1.2800.

How will Non Farm Payroll Week impact the US dollar?

Gold Technical Analysis – $1,790 Is The Level To Watch 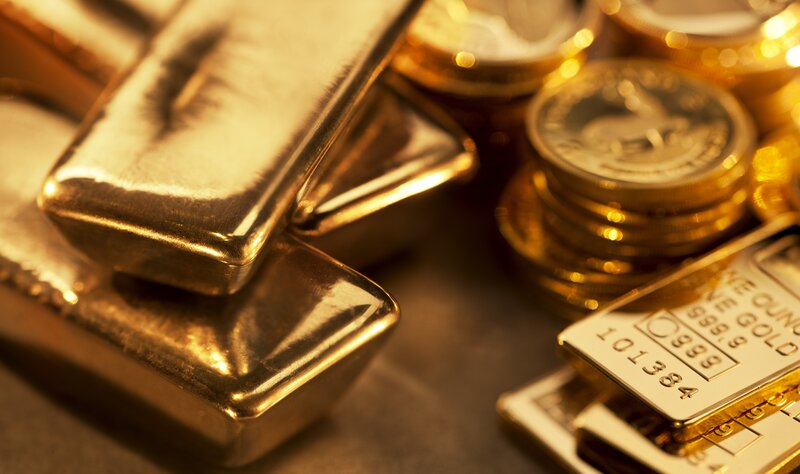 Gold Technical Analysis - $1,790 Is The Level To Watch