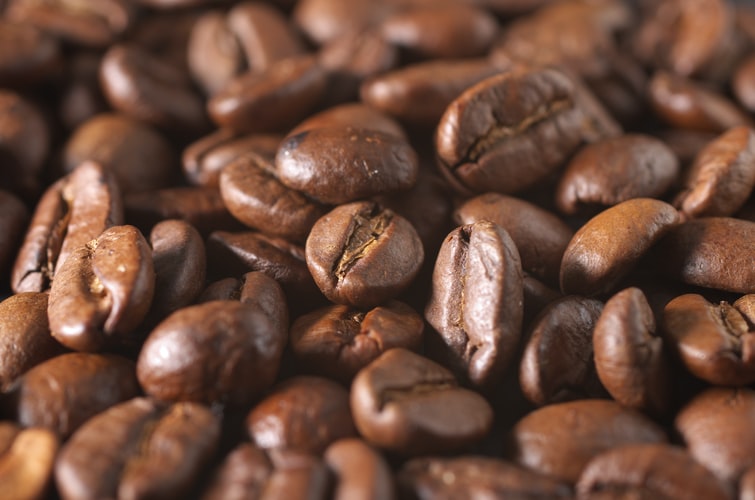 417
SHARES
9.4k
VIEWS
Share on FacebookShare on TwitterShare on WhatsApp

Coffee prices are approaching the $200.00 benchmark level after moving to their highest in nearly seven years in the early part of the summer due to unusually cold weather, which threatens coffee crops in the world’s largest producer, Brazil.

The fundamentals are looking increasingly bullish again, and due to a number of bullish price pattern and highly negative sentiment metrics, the technical and retails crowd sentiment are even more bullish.

Analysts are once again upgrading estimates of the damage to Brazil’s coffee plantations from unusual cold snap in June and July. This is naturally causing trader to take another at the highly valued commodity during the latest price rebound.

Unexpectedly strong cold snap damaged coffee trees in Brazil and analysts are gauging the damage to new crop. Coffee trader Comexim updated its estimate of damage to Brazil’s 2022 crop saying Brazil’s South Minas region has lost 19 percent of its coffee crop potential, up from the previous estimate of 12 percent damage.

According to the ActivTrader platform market sentiment indicator some 92 percent of traders are short coffee, meaning that a big, short squeeze could be in the making if a rally above $200.00 holds.

Typically, a strong one-way skew in positioning is ideal for timing a new price trend. We should also consider that commodities can really start to rally when they form powerful new market trends.

In the near-term, the four-hour shows that bulls need to rally Coffee back towards the current yearly high to secure the formation of a large, inverted head and shoulders pattern.

According to the overall size of the price pattern Coffee be headed towards the resistance $240.00 region if we see a clean break above the $211.00 level and the bullish pattern activated. 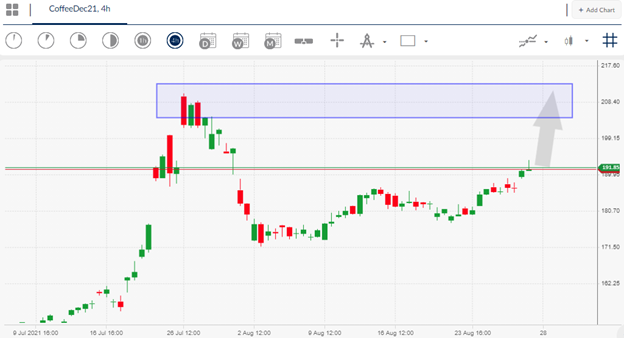 Looking at the daily time chart the overall importance of the current all-time price high, around the $225.00 level, should not be understated as a parabolic move could be in the making.

In June bulls fell just short of this target and indeed being able to form a huge reversal pattern. If we see the price reaching the $225.00 level it could provide a green light for a medium-term price rally to $300.00. 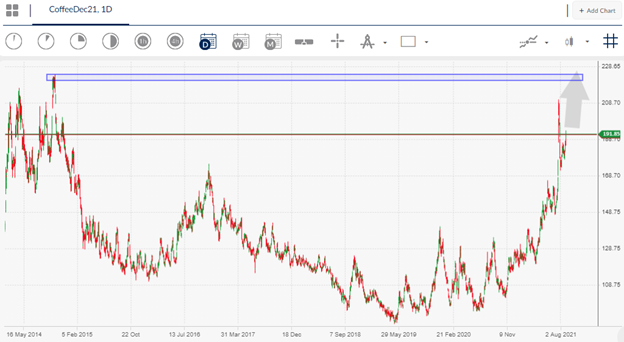 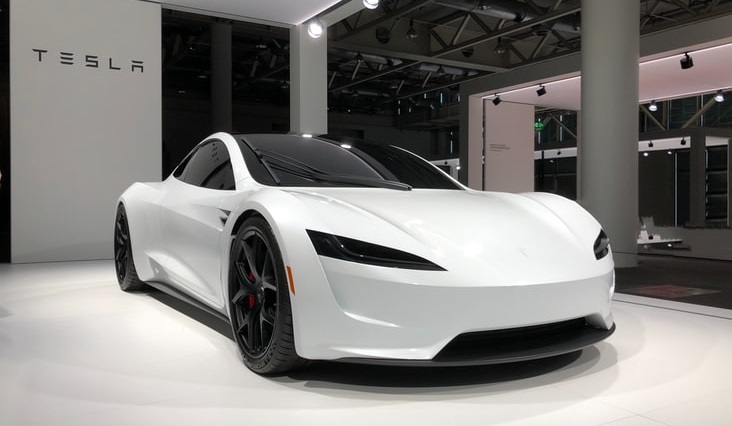