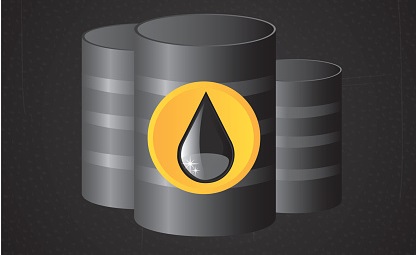 279
SHARES
8.1k
VIEWS
Share on FacebookShare on TwitterShare on WhatsApp

Brent crude oil has been impressively holding above the $68.00 level as traders and investors shrug-off bearish news from the United States and China, and the latest bout of risk-off sentiment.

The price of Brent oil has been holding above a very important technical zone after paring steep losses at the start of the weak over Chinese economic data. Brent dropped sharply after data showed Chinese factory output and retail sales growth slowed sharply in July, missing expectations, as flooding and fresh outbreaks of COVID-19 disrupted business activity

Worst still, China, the world’s biggest oil importer, imports fell to its lowest level on a daily basis since May 2020 as independent refiners cut production in the face of tighter quotas, elevated inventories and falling profits.

Additionally, OPEC released a statement saying that members believe the markets do not need more oil than they plan to release in the coming months. The official statement noted there was no need to release more oil despite U.S. pressure to add supplies to check an oil price rise.

Market sentiment towards Brent Crude is still extremely bullish, which bodes ill for Brent oil, and could hint at further losses for Brent, or at least the fact that now may not be the time for a relief rally.

The ActivTrader Market Sentiment tool shows that some 89 percent of traders are bullish towards further gains in Brent oil. This is a very worrying sentiment extreme. We probably need to see sentiment dropping significantly before a sustainable rally can take hold.

According to the four-hour time frame Brent crude is trading towards the bottom of a large symmetrical triangle pattern, around the $68.00 level. This looks to be a very important technical zone that bulls must defend.

The overall size of the bullish this pattern is predicting a coming $5.00 price move. Bulls need to move the price above the $73.80 level to activate the pattern to the upside. 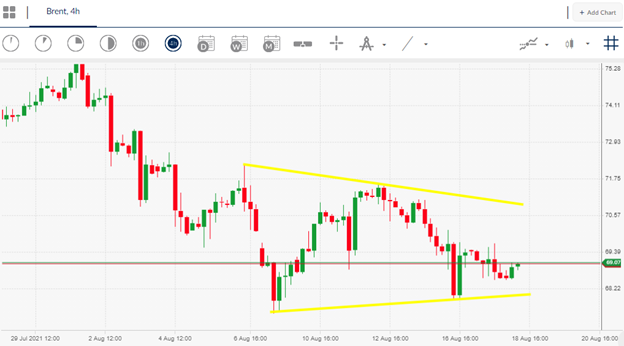 Looking at the daily time chart, an extremely inverted large head and shoulders pattern with a $10.00 upside potential remains the central focus of medium traders.

A move above the $77.00 level would likely take Brent crude towards $87.00. The much bigger picture could see Brent reaching $100.00 in future if the pattern plays out to its full upside projection. 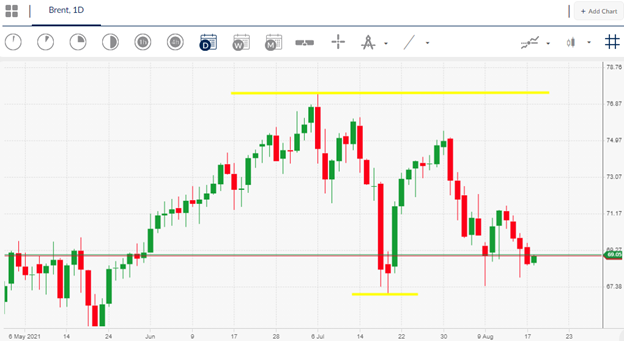 It should be added that much will depend on the fundamentals, as oil will probably need to see the United States and Chinese economy recovering in order to drive demand. 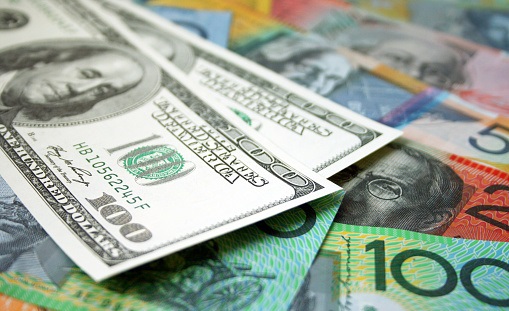