Berkshire Hathaway Inc. is focused on the future 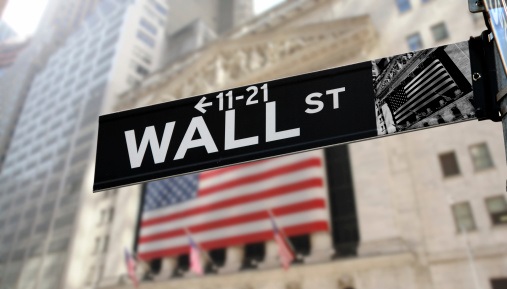 428
SHARES
9.4k
VIEWS
Share on FacebookShare on TwitterShare on WhatsApp

Some big global macro themes are coming to the forefront and today’s stock market indices are reflecting the uncertainty that is also present within the forex markets. 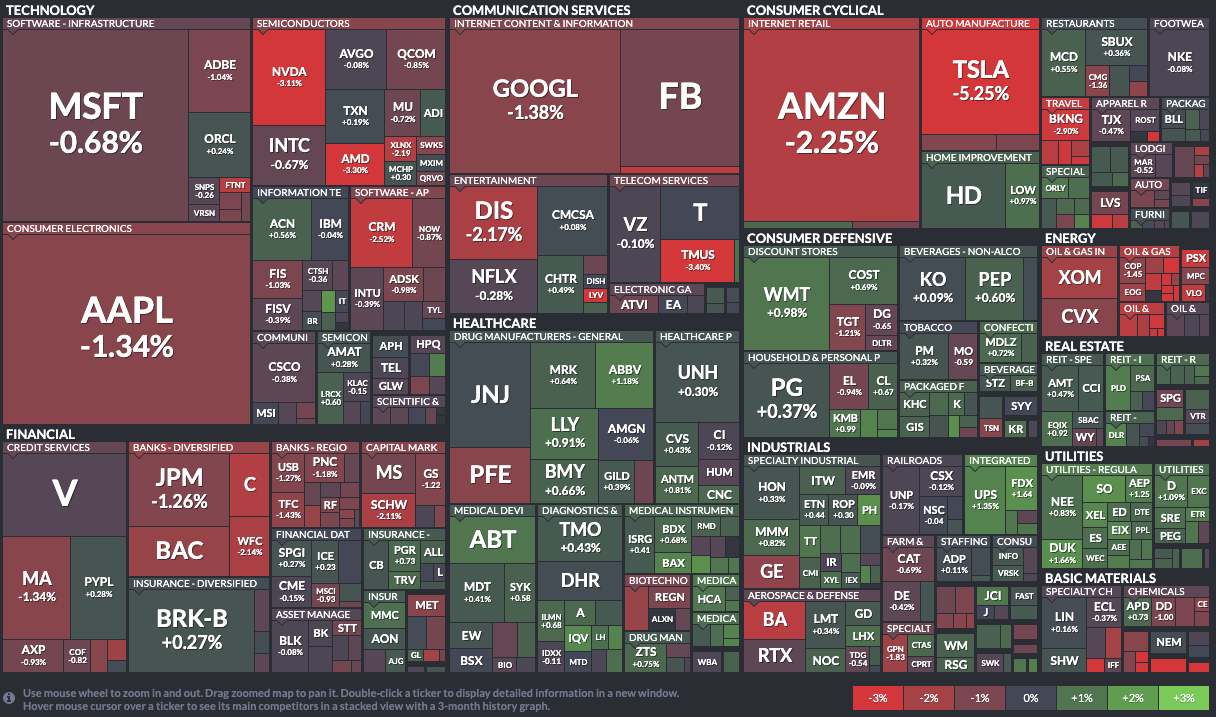 There has been a move into the safe haven currencies of the Japanese yen and the Swiss franc and looking at the S&P500 heatmap, there has been a move out of the technology stocks into more defensive stocks as investors leave high yield risky assets for stability.

Two things have occurred, one is geo-political and the other macroeconomics, but they both have a Chinese twist. Chinese data over the weekend revealed that the worlds 2nd largest economy has seen a drop in retail sales growth and a drop in industrial output growth. We also bore witness to the Taliban walking into the Afghanistan capital of Kabul.

On the 15th of August 2021 the Taliban leaders declared the war over, as the incumbent president Ashraf Ghani departed along with the US officials from the embassy. October the 15th 1999 was the previous time the Taliban took control of Afghanistan. This time China has been more vocal in their support of a Taliban leadership and have offered to extend their Belt and Road Initiative (BRI) from the Afghan neighbour Pakistan where the Chinese have already made a big move in infrastructure and economic development with the China Pakistan Economic Corridor (CPEC).

It is too hard to say which or if either of these events have spooked investors, but the key-takeaway is that the overall market does not like uncertainty. But in time of uncertainty, you can mitigate your drawdown by investing in stocks that do well during these times or you can switch from aggressive speculation towards a hedging strategy.

One stock that has done well since the Taliban last took control has been Berkshire Hathaway Inc. Famous for being headed up by value investors Warren Buffet and Charlie Munger. Investors call Warren Buffett “the Oracle of Omaha.” As he and Munger have often beaten the market with their investments. For those that would like to follow along, every quarter Berkshire Hathaway disclose the company’s holdings in a 13-F filing. They are typically investments in well-known traditional stocks like, Visa, Proctor & Gamble, Coca-Cola, General Motors, and Wells Fargo just to name a few. 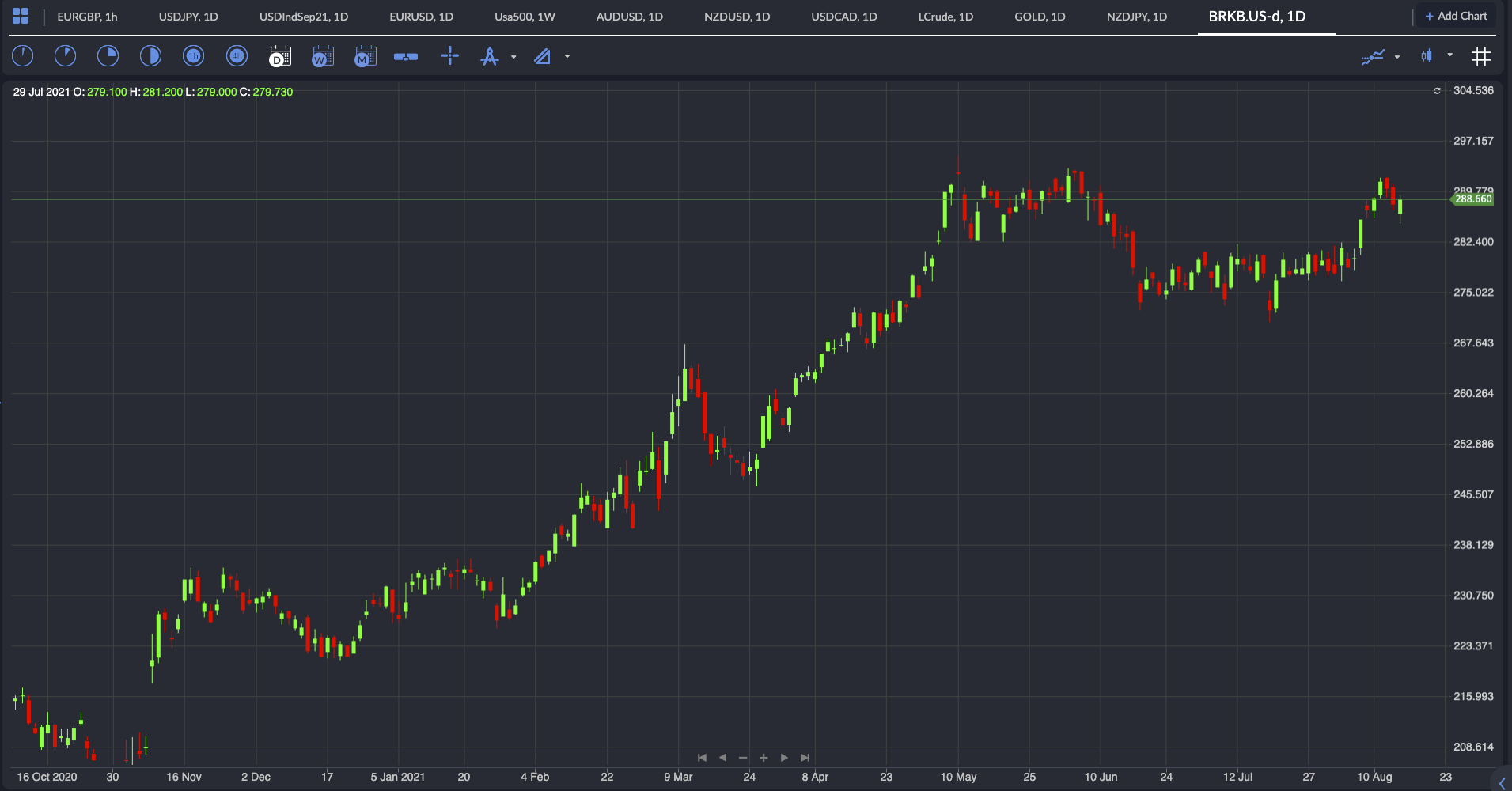 Through earnings season the Berkshire Hathaway share price went sideways but rather than the chart pattern looking like a possible time of distribution, we could be about to see the next impulsive move higher.

Berkshire Hathaway have also got an eye on the future, and they obviously have front row seats with the movers and shakers in Washington and Wall St. so will be able to spot the next trends. The company recently invested again in the Electronic Vehicle space, through a partnership deal with Lightning eMotors Inc. (ZEV). This saw the stock price of the Lightning eMotors rise 46.3% on the announcement of the partnership agreement with Berkshire Hathaway and Forest River Inc., valued at up to $850 million for the deployment of 7,500 zero-emission shuttle buses.

Earlier this year it was noted that Berkshire Hathaway held an 8.2% stake in the Chinese electric automaker BYD, and that investment was the eighth-largest holding by market value within the portfolio as of December 31st, 2020. This wasn’t the first or only Chinese stock that Buffet and Munger invested in. Berkshire Hathaway was also an early investor in the PetroChina Company Limited back in 2002-2003, which has turned $500 million into $3.5 billion within 5 years. The capital that Buffett put to work in PetroChina compounded at about 55% annually between 2002 and 2007.

Berkshire Hathaway have been net sellers of stocks this year according to the Q2 filings, with net sales reaching $1.1bln down from $3.9bln in Q1. They have also been buying back stock having repurchased $12.6bln over the last 2 quarters of 2021. One of the largest constituents of the Berkshire Hathaway portfolio is Apple Inc. 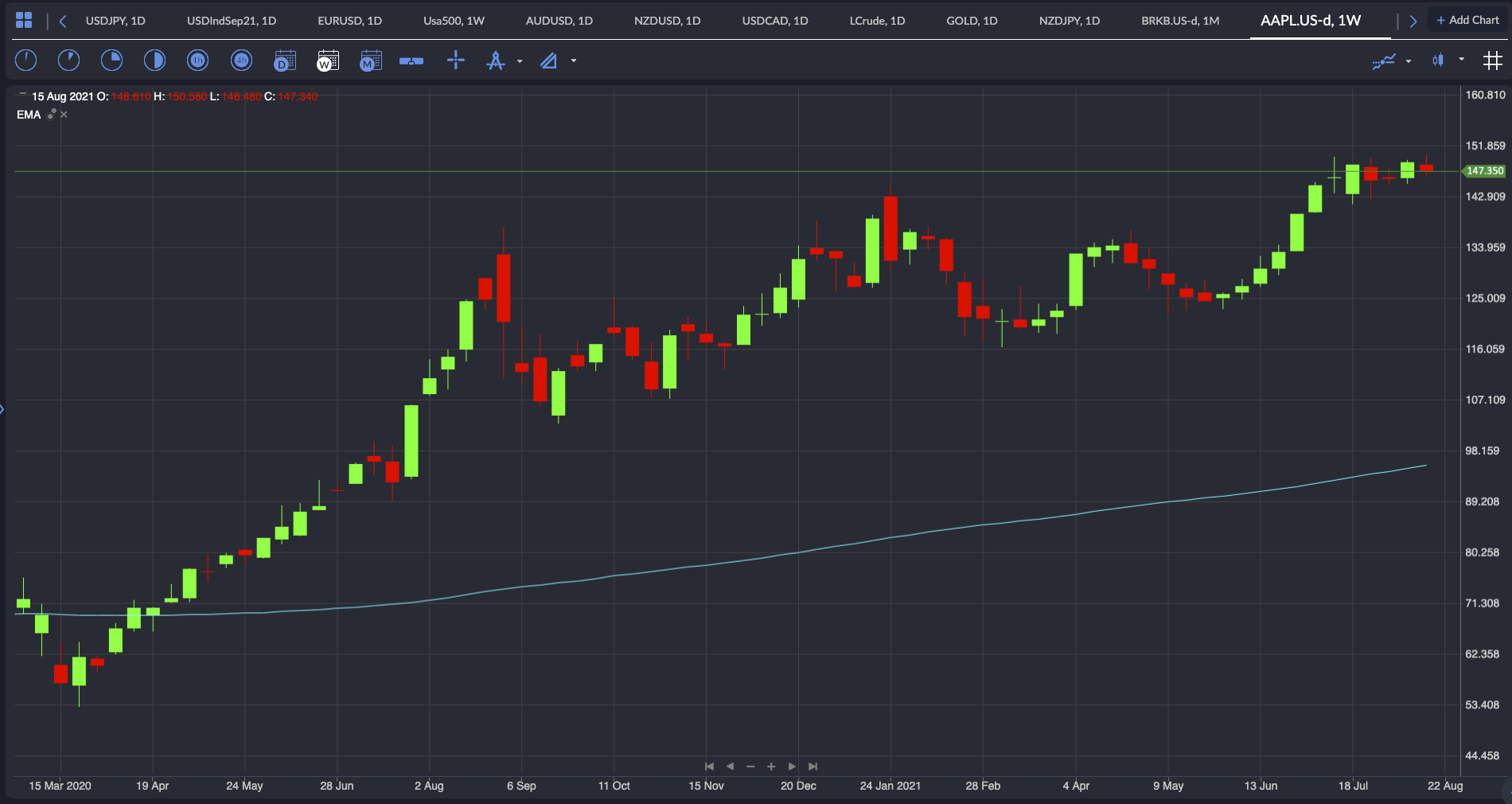 After their latest stock split and the coronavirus pandemic lows in the tech stocks, the price of AAPL stock has doubled to date. The next generation of Apple iPhones and 5G enabled devices is likely to keep the AAPL stock price buoyant in the coming months.

Like AAPL, Berkshire Hathaway has a majority of institutional ownership, so it is hard to short either company as these investors are in it for the long run. Institutional ownership of AAPL is 58.90% and for Berkshire Hathaway it is around 67.50%. With that level of commitment to a stock, the idea is to grab onto those institutional coat tails and go along for the ride. Which means adopting a similar strategy to Mr. Buffet and buying when the stocks appear to be at value.

The downturn in Chinese economics could be signalling the start of the next wave of corrections so it is worth looking for stocks that could fare well in a downturn. Obviously, Berkshire Hathaway is not impervious to the likes of a pandemic, but they are worth putting in the bottom draw and forgetting about should you get in at a place of value.

Berkshire Hathaway earnings per share were parabolic this last 12 months and analysts’ expectations are for the EPS to draw down by 33% over the next few years. With earnings and revenues forecasts slowing. There current net profit margins are above 40% so 4 times higher than the previous year and the conglomerate are actively reducing their debt liabilities. 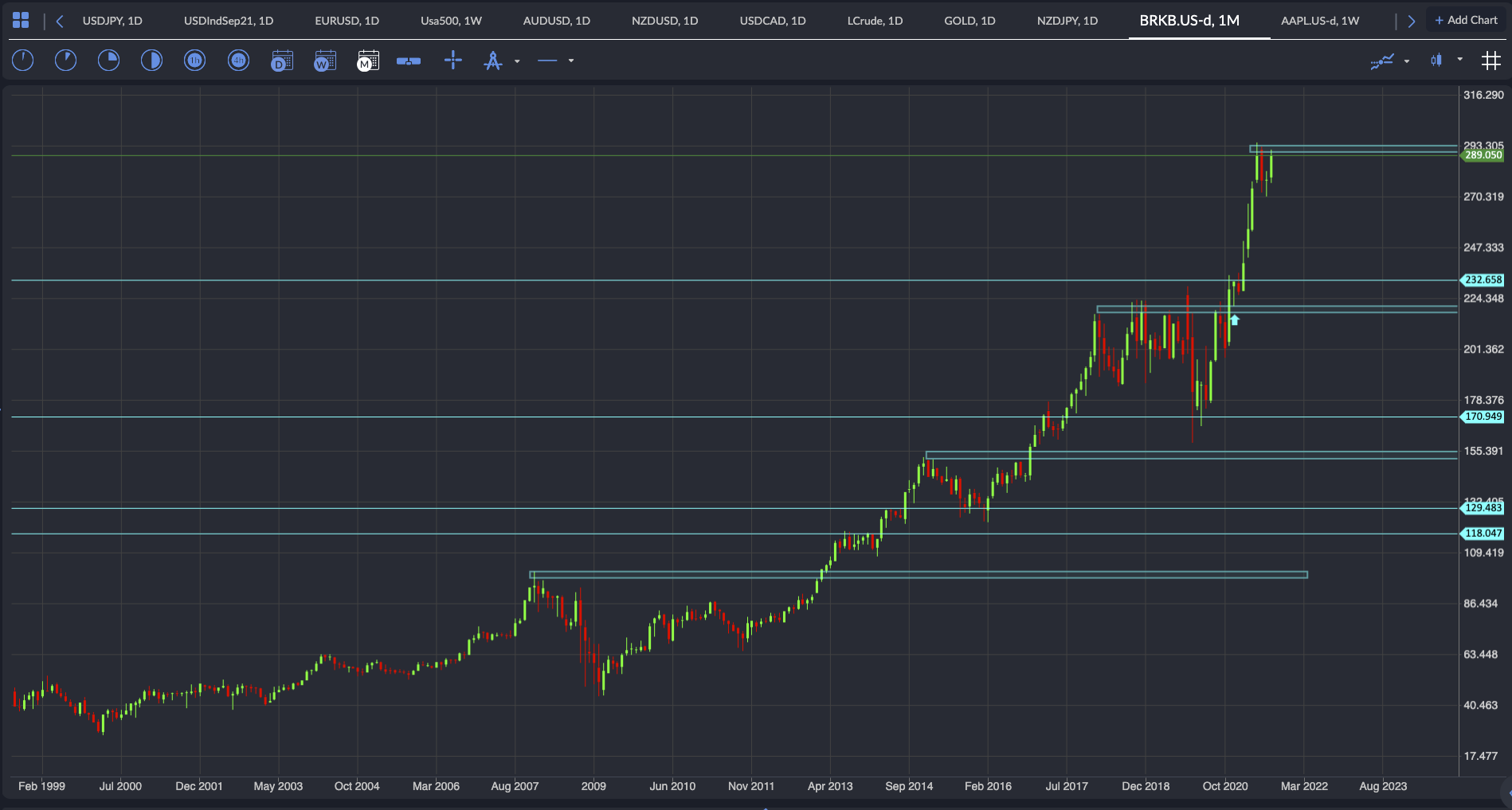 December 2020 would have been a great time to buy the BRKB.US ticker, as the preceding month had been an impulsive breakout. December was a pullback to the breakout level before continuing higher. A similar but smaller set up could be occurring now. As the 290 level this last quarter, has acted as resistance and break higher and retest could be the next opportunity to get into a long. In a recent newsletter to his followers, Warren Buffet wrote:

Today is a milestone for me. In 2006, I pledged to distribute all of my Berkshire Hathaway shares – more than 99% of my net worth – to philanthropy. With today’s $4.1 billion distribution, I’m halfway there.

Making all this money through great investments is one thing. But what are you going to do with it when you have amassed more wealth than you can spend? 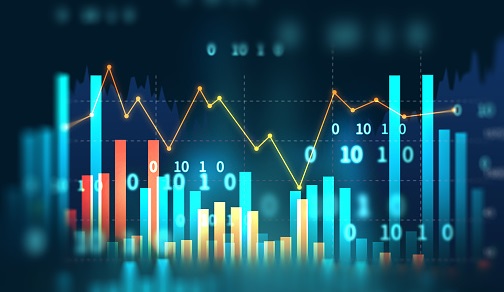