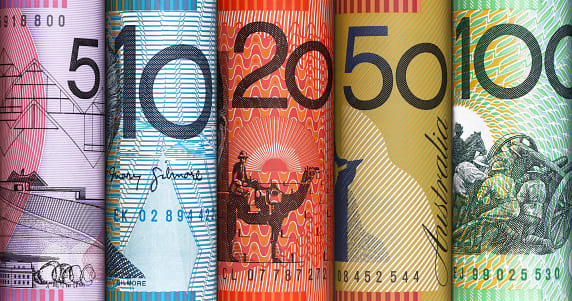 422
SHARES
9.4k
VIEWS
Share on FacebookShare on TwitterShare on WhatsApp

The Australian dollar has been rising against the greenback, despite the US dollar index rally back towards the top of its yearly price range and a downturn in risk sentiment after last Friday’s soft US jobs report.

Potentially, the Australian dollar could be receiving a boost from rising iron ore prices and green shoots spreading across the ASX, after the nation’s capital, Sydney, finally ended lockdown.

Pubs, cafes, and retail stores reopened across the Australian capital after vaccination levels across the state’s adult population crossed 70%. Sydney’s Covid cases fell to the lowest in two months, while total infections across the state dropped to 360 marking a steady downward trend.

With the AUDUSD pair could be set for more gains above the weekly price peak of 0.7380, due to large, huge amounts of bullish MACD price divergence basically extending up towards the 0.7400 level.

In fact, if we commodity price continue to gain and the DXY struggling around the 94.50 mark we could see the AUDUSD pair rally back towards the 0.7500 mark as selling interest below the 0.7300 level looks muted.

According to the ActivTrader market sentiment tool some 62 percent of traders are bearish towards the AUDUSD pair, which to me still suggest further short-term gains if we apply a contrarian mentality.

In order for the AUDUSD to really build sustained upside momentum we probably need to see strong bearish sentiment bias towards the Aussie emerging. As things stand, the moderate bearish sentiment is a good sign.

As mentioned earlier, the four-hour time frame shows that significant amounts of MACD price divergence has formed, which extends up towards the 0.7400 area.

Furthermore, a sizable, inverted head and shoulders pattern is playing out to the upside which has a target of around 0.7425 resistance zone.

If bulls can rally the pair towards the 0.7480 area then an even larger inverted head and shoulder pattern will form, with over 300 points of upside potential. 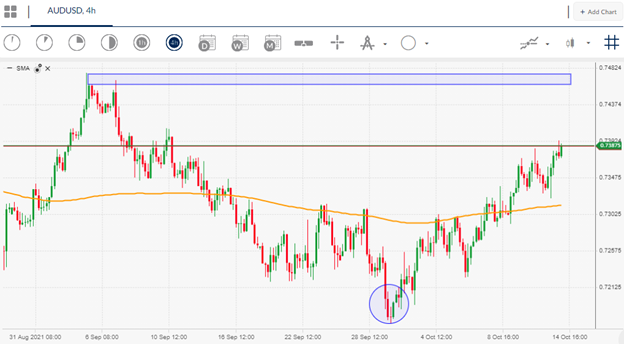 Looking at the daily time chart, a large head and shoulders pattern has played out fully to downside, so bears really do need to be careful as no bearish patterns are present.

The AUDUSD pair also has a number of buy signals on the daily time frame, such as the Parabolic SAR and rising MACD indicator. A buy signal is also in play from the William’s Alligator indicator. 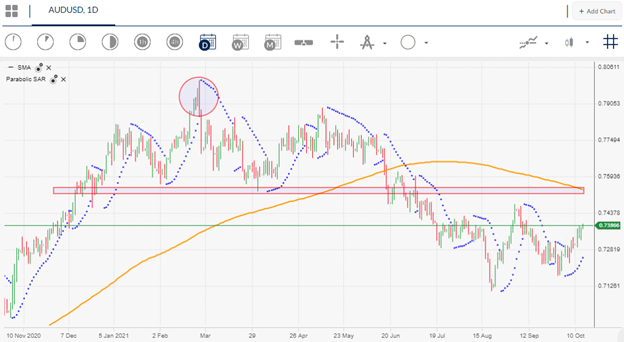